The question of Afghan refugees

What options does Pakistan have in dealing with Afghan refugees after the Torkham clash? 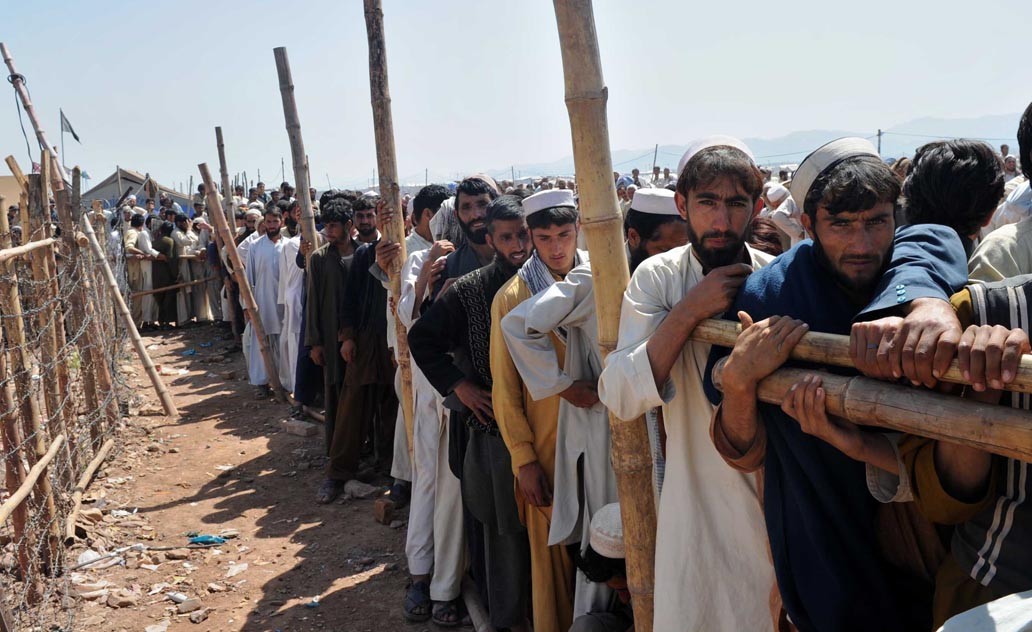 The government of Pakistan has extended the stay of Afghan refugees by another six months. There are criticisms of the decision from two opposite sides. One side, which appears to be more popular and also voiced by the Khyber Pakhtunkhwa government, opposes any extension while the other opinion is critical why just six months or even any period at all.

The question of how long can refugees stay is a fundamental one. The question in Pakistan has become more pronounced because of the deteriorating Pak-Afghan relations as well as Pakistan not being party to any international instrument on refugees in addition to having no clear domestic legislation on them. Afghan refugees have been dealt with administratively in line with agreements with the United Nations High Commission on Refugees.

Pakistan’s policy towards refugees has been influenced by political and security considerations. Probably, the most important factor for not becoming a party to any international legal instrument and not legislating on them is a result of the government’s policy to keep its hands free.

This brief addresses the diplomatic cost of this policy as well as international and domestic legal obligations despite no clear specific legal instruments. The practicality and politics of refugee repatriation is also discussed. The need for a clear policy and legislation with Pakistan’s interests and international obligation is argued for.

Pakistan is host to the largest refugee population due to the Afghan crisis since 1980s. Depending on the situation in Afghanistan and Pakistan and their bilateral relations, they have been welcome and unwelcome at various times. A third generation of Afghan refugees is growing up in Pakistan whose parents too have never seen Afghanistan. Afghans in Pakistan have been calculated to be around 3 million, with 1.6 registered and approximately 1.4 unregistered. Mostly concentrated in Khyber Pakhtunkhwa and Balochistan, they are spread all over the country, including Punjab and Sindh, with a sizeable presence in Karachi.

There is no formal restriction on the movement of Afghan refugees. They are living in cities, villages and towns in rented properties and are mostly engaged in different types of businesses as well as daily wage labour to earn their livelihood. No economic support is being given to them by any organisation, Pakistani or international. Till recently, they could move freely to Afghanistan and return. There have been instances of inter-marriages between Pakistanis and Afghans. There are also those who share tribal identity with Pakhtun tribes of Pakistan.

The international conventions directly dealing with the refugees are 1951 Convention on Refugees and 1967 Protocol on Refugees. Other conventions dealing with them are Civil and Political Rights Covenant 1966, which declares right to asylum as a basic human right, Convention Against Torture that prohibits return of individuals to jurisdictions where they fear torture and Convention on the Rights of Children, which protects children. Pakistan is not a party to the first two but is a party to the latter all three.

Willingly or not, all Afghan refugees cannot go back. Pakistan needs to make laws laying down some criteria for giving Pakistani citizenship to some of them. The repatriation of refugees should be pursued in consultations with UNHCR and Kabul.

Pakistan is under legal obligation under customary international law arising out of Universal Declaration on Human Rights that declare asylum as a basic human right. These laws have many details on their treatment, rights, definition and the principle of ‘Non Refoulement’ -- meaning refugees cannot be sent back by force.

International law does provide that when the situation making people take refuge ends, they should return. However, who decides the situation has ended remains a debated point. In the absence of any clear authority to decide this issue, the person of the refugee remains the final authority to make the decision. This may not sound very attractive to many as it can be abused by refugees too. But it seems, in the choice between abuse by states which may send back refugees by force due to political considerations on the premises that the situation has changed and abuse by refugees claiming the right to remain as refugees despite the actual change, international legal opinion favours refugees rather than states.

Pakistan’s policy towards Afghan refugees has been determined by its political/foreign policy and relationship with Afghanistan as well as relations with the international community through UNHCR. Formal legal documents do not refer to Afghan refugees as ‘Refugees’, but ‘Afghan Nationals’. They are issued Proof of Residence (POR) Cards not Refugee Cards. Pakistan considers the principle of non-refoulement does not apply as Afghan presence in Pakistan is renewed on a yearly basis (now on six-month basis) as a result of an agreement with UNHCR. Though it has not used force to evict Afghan refugees, it claims the authority to do so. This claim is at best a fiction that only Pakistan believes in.

This claim is in direct violation of its obligations under the principle of non-refoulement and provisions of other conventions as explained earlier. One reason it has not become a party to the International Legal Instruments of Refugees and has avoided domestic legislation on the subject is to keep its hands free and use force when necessary, which is wrong.

The political cost of such an exercise both domestically and internationally will be enormous. Just imagine the pictures and videos of police and other law enforcement agencies rounding up millions of men, women and children, throwing them in trucks and taking them towards Durand Line on TV channels and social media all over the world. It will be a diplomatic disaster in addition to being in violation of law.

The practicality of such a gigantic exercise is another issue. In addition to economic costs, the issue of identity will create serious problems. The government’s drive to verify NIC since 2015 has left many Afghans with Pakistani NICs untouched while thousands of Pakistani nationals have been declared as non-nationals, meaning Afghans. Even if Pakistan starts forceful repatriation, it will end up leaving behind many Afghans and sending away a large number of its own citizens.

Some argue that these refugees should be confined to camps. Yes Pakistan could have done that initially, but again due to political considerations it did not do so. At this stage, the economic cost of doing so is simply beyond the capacity of Pakistan. In the wake of APS Peshawar tragedy, the state had carried out a survey for the purpose and dropped the idea finding it impossible.

Another popular concern is that Afghans are doing business without paying any taxes. You can stop refugees from earning their livelihood but then you must provide for them. Can Pakistan do so? The concern is genuine, but rather than banning their businesses they should be taxed and special rules governing refugee business can be made.

All said, willingly or not all Afghan refugees cannot go back. Pakistan needs to make laws and procedures laying down some criteria for giving Pakistani citizenship to some of them. The repatriation of Afghan refugees should be peacefully pursued in continuous consultations with UNHCR and the Afghan government.

Absence of specific legislation does not free Pakistan from any obligations towards Afghan refugees, but it creates more confusion and problems both for itself and refugees. Pakistan must go for clear legislation keeping in mind its international obligations, international best practices and its own national interests and capacity in sight.

The policy of ambiguity and a constant threat of forceful repatriation may give Pakistan some limited advantage in diplomatic bargaining with the Afghan government and/or the United States, but it has created a gulf, a negative perception among Afghans about Pakistan and among people of Pakistan about Afghanistan. It negates any advantage in terms of public opinion Pakistan could have accrued from hosting Afghans for such a long time. These perceptions are a serious hurdle in establishing friendly relations with Afghanistan, thus defeating the main goal of Pakistan’s Afghan policy to have an Afghanistan which is in no way a source or medium of any security threat to Pakistan.

The question of Afghan refugees