Mahmood Khan Achakzai’s statement can well be considered a closed chapter following his clarification. But some people want to keep it alive 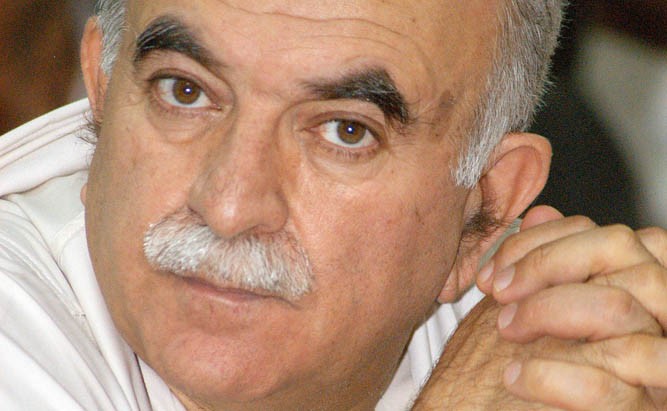 A statement made by lawmaker Mahmood Khan Achakzai about the stay of Afghan refugees in Pakistan and published by a newspaper in Afghanistan generated controversy and presented his political opponents with an opportunity to condemn him harshly.

The condemnation was particularly severe in the social media and many users of Twitter even termed him a traitor. Demands were made for registering a case of treason against Achakzai, the head of the Balochistan-based Pakhtunkhwa Milli Awami Party (PMAP), and deporting him to Afghanistan.

An effort made by the 68-year old Achakzai to clarify his position was drowned in the din of loud noises made by his critics. His remark that he was a citizen of Pakistan and had been travelling to Afghanistan on Pakistani passport also failed to silence some of his detractors.

In his clarification, Achakzai maintained that the Afghan media had misquoted him and taken his words out of context. Denying that he told the Kabul-based English daily, Afghanistan Times, that Khyber Pakhtunkhwa belonged to the Afghans, he insisted that he was referring to the historic background of the province prior to the 1893 Durand Line agreement when it was part of Afghanistan.

In his interview with the Afghanistan Times, Achakzai was quoted as saying that "Khyber Pakhtunkhwa belongs to Afghans and they can live there without fear and harassment." The newspaper, which has a small circulation, reported that Achakzai said, "I will not allow anyone to harass Afghan refugees in their own land. If Afghans are harassed in other parts of Pakistan, they should come to Khyber Pakhtunkhwa where no one can ask them for refugee cards, because it also belongs to them."

The PMAP leader, who is member of the National Assembly, also advised Kabul and Islamabad to exercise restraint and resolve the conflict triggered by the recent clashes between their security forces at the Torkham border. Pointing out that Afghanistan and Pakistan have already got China and the US involved in the task of resolving their differences and reviving the Afghan peace process, he argued that they should leave the issue of the border conflict also to these two countries as they would be able to resolve it within two weeks.

Achakzai added that though the Torkham clashes and forced repatriation of Afghan refugees were two separate issues, these had caused concern not only to Afghan officials in Afghanistan, but also to the Pakhtun leaders in Pakistan.

While Achakzai took the right step by clarifying his statement, its timing was another reason that it sparked emotional outburst and criticism in Pakistan.

It is obvious his comment that China and the US would be able to resolve the intractable border conflict between Afghanistan and Pakistan at Torkham or elsewhere within two weeks is overly optimistic. China and the US are part of the Quadrilateral Coordination Group (QCG) that also includes Afghanistan and Pakistan, but they have been unable to make any headway despite six months of efforts and five meetings to arrange peace talks between the Afghan government and the Taliban.

Even though Achakzai has clarified part of his comments, his strong views about issues concerning the two neighbouring, not-so-friendly countries are widely known. He has been critical of Pakistan’s policy on Afghanistan and had questioned its support for the Afghan mujahideen and Taliban. He has had friendly relations with all Afghan governments except those of the mujahideen and Taliban and has paid visits to Kabul in recent years on the invitation of former Afghan President Hamid Karzai and his successor Ashraf Ghani. This put him at odds with the Pakistani rulers who backed the Afghan mujahideen fighting against the Afghan communist regime and the Soviet occupation forces and later supported the Taliban.

The PMAP chairman is a fierce opponent of the Afghan Taliban, but at the same time a steadfast advocate of the rights of the Afghan refugees in Pakistan. In fact, he made his controversial statement in the aftermath of the Pakistan government decision to toughen its stance on the issue of the almost three million Afghan refugees living in Pakistan and demand their repatriation and at the same time deny entry to Afghans without visas at the Torkham border crossing as part of its border management plan.

Achakzai would like a humanitarian approach to the issue of Afghan refugees and maintaining soft border between the two countries because he believes stricter controls would add to the suffering of the common people and antagonise the population of Afghanistan and Pakistan against each other.

Achakzai, who is a familiar figure with a chaadar wrapped around his body, isn’t someone who can be browbeaten. He also isn’t new to controversy. The engineer-turned-politician from Gulistan area of Balochistan is a champion of Pakhtun rights in Pakistan and a firm believer and campaigner for democracy.

He used to be critical of the military establishment, but has tempered his criticism now that his party is in power in Balochistan and is an ally of Prime Minister Nawaz Sharif’s Pakistan Muslim League-Nawaz. This is the first time that his party has got such a significant representation in the assemblies and in the government with his elder brother Mohammad Khan Achakzai serving as the Governor of Balochistan, younger brother Hamid Khan Achakzai as a provincial minister, and a few other family members including ladies as lawmakers. Obviously, the Achakzais won’t like to say or do something that would end the good times that they are enjoying nowadays.

While Achakzai took the right step by clarifying his statement, its timing was another reason that it sparked so much emotional outburst and criticism in Pakistan. His statement came not long after the three-day border skirmishes at Torkham in which a Pakistan Army major was killed in what Islamabad says was unprovoked firing by Afghan soldiers and there was still tension in the air. The provocative, anti-Pakistan statements by Afghan government functionaries, including one by President Ashraf Ghani who remarked that Afghanistan and Pakistan weren’t brotherly countries, had already added fuel to the fire.

In such a tense situation, Achakzai’s statement as reported by the Afghan newspaper caused anger in Pakistan and some of his critics went overboard in condemning him. Khyber Pakhtunkhwa Chief Minister Pervez Khattak, who belongs to Imran Khan’s Pakistan Tehreek-e-Insaf (PTI), termed it shameful and reminded everyone that the Pakhtuns had voted overwhelmingly in a referendum for merging their province in Pakistan in 1947.

One thought there isn’t any real need to recall these past events as the Pakhtuns whether living in Khyber Pakhtunkhwa, Balochistan, Fata or any other place in Pakistan are fully integrated into the Pakistani society and economy and most are either unaware of Pakhtunistan or have no concern with it. Also, most Pakhtuns consider the Durand Line as an international border between Afghanistan and Pakistan and therefore a closed chapter.

The issue concerning Achakzai’s statement should be considered a closed chapter following his clarification. But some people, including the Pakistan Ex-Servicemen Association (PESA) want to keep it alive. The PESA termed Achakzai’s remarks seditious while noting that he is an ally of the ruling PML-N and demanded that he should be charged with treason.

It also demanded that Mohammad Khan Achakzai, the Governor of Balochistan, must repudiate his brother’s statement or resign. This is taking the matter too far and contributing further to the controversy.

No doubt Achakzai should be careful in future while issuing statements, especially to the Afghan media which may have a vested interest in twisting them to suit its needs, but it seems we are returning to the old days when politicians with a different view were dubbed as traitors. In fact, there is no ground to question Achakzai’s loyalty to Pakistan and involve the Balochistan Governor in the matter.