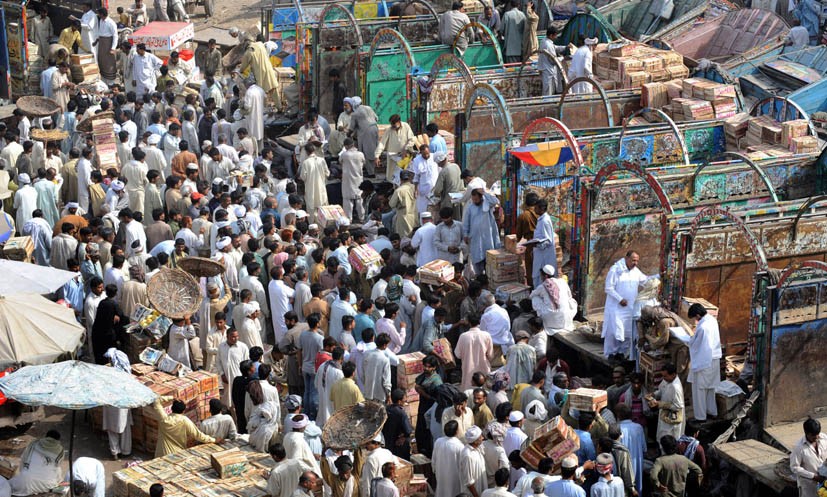 A heated discussion on the federal budget is still going on in the media, but a serious issue is often ignored in every budget debate and that is the impact of informal or undocumented economy on overall business environment in the country. The size of the country’s economy has grown many folds since independence, but, incidentally, the structural weakness in the official machinery is coming to fore with every passing year.

The structure of the economy, covering financial, commercial and industrial aspects, is the legacy of the British Raj and the whole system is running on amendments which have disfigured the shape of original laws. Amendments to amendments in the original laws create confusion which again multiplies with more confusion when the matters come into the hands of mid and lower level management in the official hierarchy. Even a shop has certain rules to follow to keep the business intact, but official machinery has disappointed the nation by its failures to come up with reforms to regulate the 26th largest economy of the world. Every ad hoc measure brings ad hoc relief and it messes with the economy at the end. Documentation of the economy is the pressing issue of the time and it cannot be left to the future generations.

Bringing the informal sector on the record is the most serious challenge for the government. The government efforts so far had been confined to issuance of SROs which could only bring more failures than laurels in the government’s cap. Tough laws are equally injurious for the economy as they are manipulated by tax evaders and their abettors in the government agencies.

Successive governments in the country probably found it easy to apply tax codes, litigations or coercive measures against non-filers to bring them into the tax net, but such steps only spoiled the business environment in the country. The application of withholding tax on bank transactions was such a step taken by the government to bring non-filers in the tax net, but it has landed the banking industry into the dangerous zone.

Fortunately or unfortunately, the informal sector most of the time acted as a driving force to spark business activities in the country. It is involved in real estate, manufacturing and trade sectors and most of the entrepreneurs have successfully camouflaged to avoid becoming a part of the tax system. They have evolved their own mechanisms of money transfer and have successfully dodged the tax and regulatory authorities.

However, the informal sector can be incorporated in the mainstream economy by extending tax relief and incentives. The unbridled powers in the hands of tax officials trouble genuine taxpayers.

The government has to introduce structural reforms in every field of the economy, including the revenue collection departments. The taxation structure should be independent of the interference of political elite. The tax officials should have the capacity to understand their authority and limitations within a system and they should be held accountable for any misuse of authority.

The present system is tough for genuine taxpayers, but flexible for the authorities to manipulate the law for vested interested. A small businessman is always on the mercy of the government officials and this must be stopped once for all. The government will have to start work on a new economic order to bring all the fields of economy on record. First thing should come first. A license should be made compulsory for every business, no matter how small or large. Every business should be classified according to the size and volume of the working capital.

The business and trade associations should be involved for assistance and their opinion should be given weight. Priority of the government should be to facilitate the business community and not to harass them. If tax evasion is a crime, the harassment of a businessman should also be declared as crime so that no one should dare spoil the system.

A perfect liaison and coordination within the government agencies should be ensured. In a corrupt system, a large portion of the industrial and business community manages to stay away from the tax net and emerges as a major source of unofficial money in the country.

Without proper data as well as profit and loss account, there are few chances that the government will be able to devise any trade, financial, or tax policy. Even the federal budget, which is the largest financial exercise of the year, is nothing more than jugglery of figures as most of the plans are based on assessments. Only the documentation of the economic sectors can ensure real economic growth without which the country will continue to reel under pressures from all sides.

Last but not the least a businessman deserves respect and treatment as a very important person. In the current setup, businessmen are seen as suspects. Their business premises are raided, records are seized, properties are sealed, tax registration numbers are blocked or cancelled and all other coercive measures are applied on them.

Practically, a businessman is unable to challenge authority of a taxation official. Businessmen are arrested and treated like criminals and they are produced in courts for remands and jailed on suspicions of tax evasions. This is happening in a country which wants to be an economic tiger. The coercive methods used by the official machinery can bring a few thousands rupees in the government exchequer but it discourages investment in the private sector.