A rare implicit consensus on stifling local governance in the minds of our mainstream political leadership is ominous. A case study of KP and Punjab 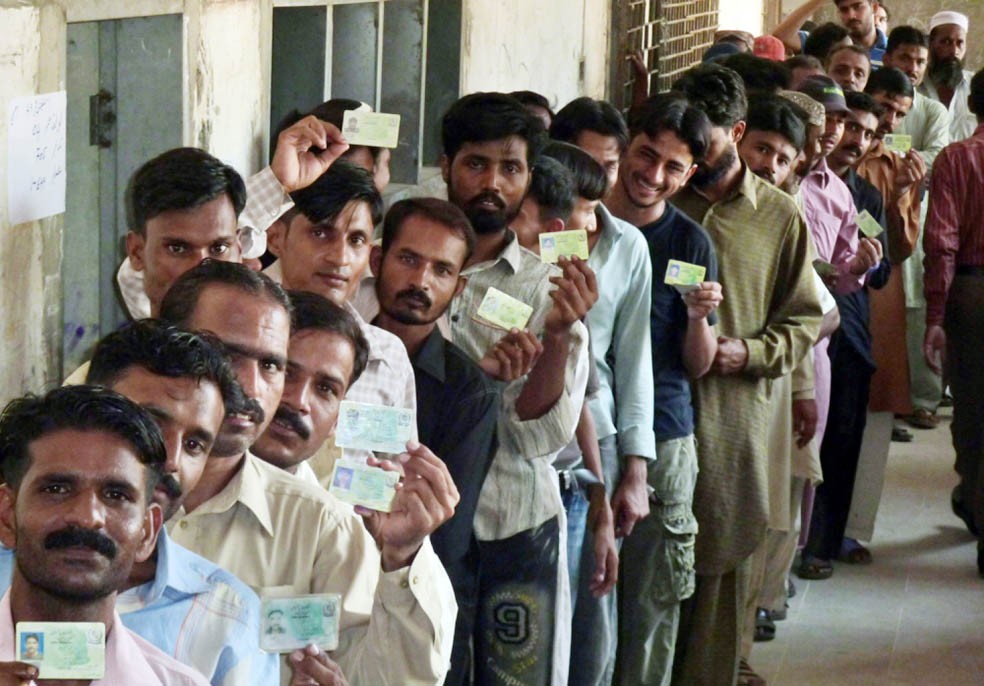 Local governance systems in Pakistan are marred, more than anything else, by inimical attitudes. What political forces in Pakistan fail to realise is that their inability to allow decent space for decentralisation is actually curtailing the space for broader political processes of which they are the principal beneficiaries.

What else should explain the needless and uncalled for delays in the enforcement of the newly-introduced local government system in Punjab despite elections, or the apathy shown in Khyber Pakhtunkhwa to put in actual operation an intricately complex decentralisation regime. The result in both cases is disturbingly similar; common people in both provinces continue to be denied the fruits of a duly-empowered local governance regime and quality service delivery in areas of everyday concern.

Without going into the motives or drivers that literally forced political governments to hold the local bodies’ elections after 2013, let me state that it was a welcome step. The democratically elected governments were, for the first time in the country’s history, seen to start decentralisation process by enacting new local government laws and holding elections.

Again without discussing the actual motives behind the local government system introduced by Musharraf-Gen. Tanvir Naqvi duo, there were several positives about the Local Government Ordinance 2001 which could have been easily incorporated in the new legislations, both in Punjab and Khyber Pakhtunkhwa. Notions such as subservience of district administration to elected local leadership, elimination of artificial urban-rural divide, equitable resource distribution formulae and reallocation of dozens of provincial mandates to district level were after all sensible governance choices, worth retaining.

It is interesting to note what the political forces chose by way of new local governance systems -- in terms of word of laws and their actual manifestation on the ground. (I am confining myself to local government experimentation in Punjab and Khyber Pakhtunkhwa for the sake of understanding the conceptual underpinnings of these themes amongst major political parties in Pakistan.)

The thinktanks leading governance reforms in Khyber Pakhtunkhwa chose an even stronger system of local governance. Introducing the notion of village and neighbourhood councils (VCNCs) and a resolve to transfer an unprecedented thirty per cent of overall development resources to local level institutions was something which put the PTI leadership in a league of its own on account of its faith in citizen empowerment.

Outright belligerence to the notion of empowerment through responsive local governance systems is a sad reflection of our leadership.

Unfortunately, these initial good tidings on local governance in KP were swiftly followed by acts of omission and commission which have only worsened the sense of grassroots empowerment among common citizens and local polity alike. The latest KP local governance act is silent on the shape of district level administrative apparatus to actually run the day-to-day affairs of local government institutions.

By a stroke of unprecedented governance genius, deputy commissioners (who were nowhere mentioned in the KP local government act) were made principal accounting officers for district governments, defying the very notion of separation in local and provincial administrative machinery. An easier and legally tenable option would have been to retain the office of DCO like LGO 2001(which was after all creation of the same LGO 2001), but bringing in a provincial representative through back-door (deputy commissioner is creation of land revenue laws which has nothing to do with local governance) was a totally unwise and counter-productive administrative and political decision.

Worst was to follow in case of the much-cherished VCNCs which were to act as torch bearers of political empowerment at the grassroots levels in the KP. Again, naiveté of the framers of KP local governance act led to a situation where nobody in the provincial government had any clue as to who would administratively and financially run these thousands of local institutions. The best they could do was make office of ADLG -- Assistant Director Local Government as the controlling officer of hundreds of VCNCs in each district.

Now anybody having the slightest inkling of district level working in Pakistan knows that the office of ADLG is invariably the weakest in terms of professional capacities and transparency besides being typically politicised to the core.

Results of imposing these half-baked solutions on local governance regime in the KP are far too obvious. While billions of rupees were transferred to village and neighbourhood councils and districts as early as November 2015 for local development, actual utilisation is less than even ten per cent in most of the districts although the financial year is about to end.

Precious development resources allocated for improved service delivery going waste is indeed a sad story in most of KP districts.

In many cases, even district Annual Development Plan (ADP) utilisation figures are of the same low proportion, since the provincially-controlled deputy commissioners and local elected leadership are at loggerheads most of the time. To add to the confusion, multiple layers of much-touted "anti-corruption regimen in KP" through a host of cells, squads, units, organisations and what not has led to a situation where civil servants feel safer not to utilise public finances. After all, it is a better option to be transferred on account of under-utilising funds than to be hand-cuffed and be ignominiously produced before the media for half-proved allegations.

Whether it was over ambition, lack of understanding about operational aspects of governance or a turf war aimed to retain the ascendancy of provincial political leadership over the elected local government system, common citizens in KP are yet to see the fruits of their tall claims regarding local level empowerment.

And if someone thinks the situation is any better in Punjab on account of allowing space to local governance system, he is sadly mistaken. If KP can be termed an instance of "superficial insight of governance matters", Punjab is definitely a case of "knowing a little too much" about all matters related to governance.

Rather than trusting the elected local leadership to manage and plan health and education sectors in the districts (after manifest inability of provincial government departments to handle these two sectors at the district level), a parallel system of leading these two sectors through provincially-appointed functionaries was devised.

In all likelihood, the provincial government in Punjab is not comfortable even with this miniscule level of decentralisation as six months after elections and swearing-in of members as well as chairmen/vice chairmen, the elected local councils are yet to come into operation. And the delay has been caused by a totally inconsequential amendment introduced by the Punjab government, for changing the mode of election to reserved seats from secret ballot to proportional representation, leading to unending rounds of litigation.

To top it all, the provincial government seems clueless about the future shape of district administration in the province. The DCO office cannot be retained after wrapping up the PLGO 2001; district magistrate cannot be reincarnated without CrPC amendments; the land revenue collector has nothing to do with local governance system. Who would be the lynchpin of district administration, nobody seems bothered.

These acts of ambivalence and outright belligerence to the notion of empowerment through responsive local governance systems in Punjab and KP are a sad reflection of our mainstream political leadership. By not allowing grass-root level nurseries of political activism to flourish, the very future of political process itself is being put to peril.

More than that, if a citizen in a village council in Karak or upper Dir is forced to drink hazardous water on account of incompetence of ADLG or a turf war between the deputy commissioner and nazim to approve the development budget, the provincial government in KP must account for that. Or if school education in Layyah or Narowal fails to improve due to uncertainty about the future of district education authorities and Local Government Act, the blame shall lie on the most seasoned and experienced political dispensation, ever to be seen in Punjab.

This rare implicit consensus on stifling local governance in the minds of our mainstream political leadership is ominous.