The dreaded ‘I’ word

What will be the implications of Brexit on Pakistanis living in the UK? 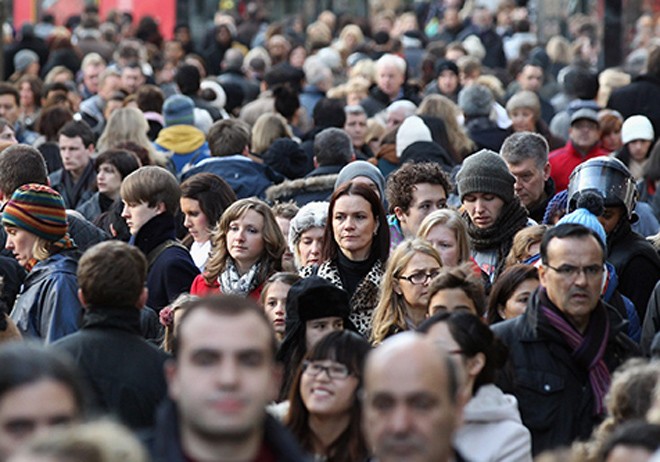 Immigration. That’s one word around which the whole European Union (EU) referendum campaign revolved. There were other issues; sovereignty, money for the EU from Britain, reforms and more, but none of these resonated with the mainly English voters, who want to bring back power to Britain which was once ‘Great’, by curtailing the mass movement of immigrants.

Racism against immigrants is nothing new in Britain. But the entry of nearly four million European immigrants into Britain in the last decade brought a sense of discomfort and disenchantment with the European Union, which facilitated this movement through laws binding on all European member states.

Opinions differ on how exactly Pakistanis living in Britain, alongside immigrants from 27 EU and other countries of the world, will be affected by Britain’s decision to leave the EU. But one thing is certain -- things will never be the same again.

An estimated 1.3 million Pakistanis live in Britain and around 0.8 million live and work in rest of the EU countries.

Leading figures in the Brexit movement told Pakistanis that it was unfair their aunts and uncles were unable to visit them as British rules on visit visas were governed by the EU rules, that hinder family unions of members of the Commonwealth countries. They told voters that quitting the EU will be beneficial for the ethnic minorities from the Commonwealth countries, and blamed the EU project for allowing mass immigration from Western Europe into Britain but discriminating against countries such as Pakistan.

Daniel Hannan, Secretary-General of the Alliance of European Conservatives and Reformists, and one of the central leaders of the Brexit movement, says that the EU effectively took control of the borders of Britain and snatched Britain’s ability to decide who comes and leaves the country. However, he adds, that he’d like more Pakistanis to visit their relatives in Britain than previously allowed - "Rules should be relaxed".

In the next two years, when the exit procedures will be finalised, the situation for the unsettled immigrants is likely to remain uncertain and discriminatory.

British Pakistani Amjad Bashir, Conservative Member of the European Parliament (MEP) for Yorkshire and the Humber, supported the Leave campaign and went to the Pakistani community to call for their vote against the EU. He supports the idea of Britain implementing a points-based immigration system, similar to Australia. "This will mean that we will allow immigration into our country by persons who have the skills that we require but in numbers that we can absorb and cope with. This will be fairer than the present arrangement, which discriminates against Pakistani migrants and favours those from the EU group of countries," Bashir says, continuing that less pressure from mass uncontrolled migration from Europe should mean genuine and legal visitors from Pakistan facing fewer obstacles.

Bashir says that doors were shut down on Pakistani skilled workers in the last four years, whereas many thousands entered the country after 2005 through the highly-skilled immigration programme.

Barrister Rashad Aslam says that the European Court of Human Rights has been helpful in providing rights to those applicants who had exhausted all legal avenues in Britain. "It is sad that Britain no longer attaches value to human rights for migrants."

He adds that various levels of judiciary have shown complete hostility to immigrants, especially asylum seekers and refugees from Pakistan and other Islamic and African countries. "When courts rejected claims by migrants, cases were taken to the European Court of Human Rights where the applicants won reprieve and their rights were protected under the United Nations conventions on human rights".

Brexit has been a poisonous campaign which exploited the anti-immigration sentiment. Soon after the referendum results were announced, racists and haters took to streets to tell Asians, blacks and even Polish to "go back to your countries", "now we have left the EU when are you leaving", "I voted against Islam and Muslim immigration" and so on. Certain areas have been declared ‘only white zone’.

It’s clear that the immigrants have become the biggest victims already of the fallout of the Brexit. Prime Minister David Cameron said that the UK will not stand by the haters and immigrants must be respected. London Mayor Sadiq Khan asked the Scotland Yard to ensure that anti-immigrant hate crime does not take place. Yet, according to the National Police Chiefs’ Council, hate crimes have risen 57 per cent in the aftermath of the EU referendum vote.

Former cabinet minister and senior Tory member, Sayeeda Warsi, who switched from Leave to Remain hours ahead of the vote, accused the Leave campaign of being involved in hate crimes, lies and distortion of facts. She said that it was astonishing that the Brexit campaign was telling voters that remaining within Europe will mean that million of Muslim Turks will also come to the UK, putting pressure on its infrastructure; that the Brexit campaign had unleashed racism, anti-semitism, Islamophobia, xenophobia and other hate crime. She urged the Leave leaders to apologise and pledge not to repeat these lies again.

"The damage has been done. We are a divided country now. We have more in common and we must come together," says Warsi, while holding right-wing politicians responsible for the ugly negative politics for the sake of their own promotion at the cost of others.

Sajjad Karim, Conservative Member of the European Parliament for North-West England, who campaigned tirelessly for the Remain camp, and warned against the long-term effects of the exit, says that the Brexit will not change much for the immigrant communities such as Pakistan. "There will be very little if any change at all. The UK was never a part of the EU immigration and as such holds its own immigration policy. The EU freedom of movement will continue between the EU and the UK if a settlement with access to the single market is agreed. This will mean that the EU citizens will continue to hold the right to come and work in the UK. As such other immigration policies will also remain largely unaffected."

Britain has entered into a new phase of uncertainty, which extends to almost every walk of life. Only time will tell if the journey ahead will lead to the promised glory and rise of the Great Britain or will it see a humiliating end.

The dreaded ‘I’ word