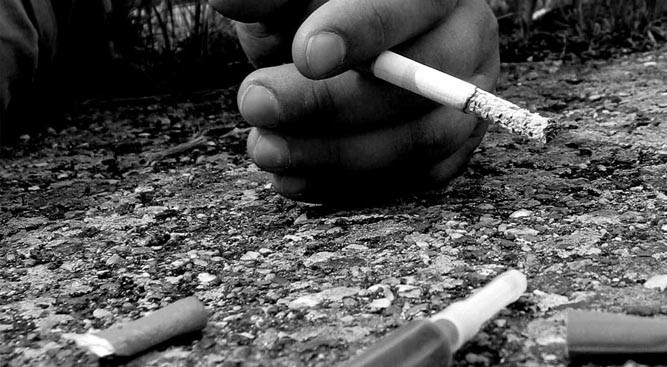 June 26 marks the International Day against drug abuse and illicit trafficking. The worldwide observance was decided by the United Nations General Assembly in 1987 to raise the level of awareness in the international community about the dangers of drug abuse, to prevent its spread and to encourage all efforts to combat the menace at international level.

According to the UNODC Country Office in Islamabad, "Pakistan is geographically vulnerable to drug trafficking, sharing a 2,430km-long, porous border with Afghanistan, the world’s largest producer of illicit opium. Cannabis is also produced in large quantities in the sub-region -- most of the cannabis trafficked in the region also originates from Afghanistan, and is processed in the inaccessible areas of Pakistan’s FATA region."

Drug abuse affects every segment of our society. The UNODC estimates that Pakistan is now the destination and transit country for "approximately 40 per cent of the opiates produced in Afghanistan". Most processing, it says, "takes place in small, mobile laboratories in the Afghan-Pakistan border areas, although increasing instances of processing on the Afghan border with the Central Asian Republics have been reported." The sub region, according to the UNODC, "has become a major consumer market for opiates. Opiate processing on both sides of the Afghan-Pakistan border have created a trafficking and, importantly in the case of Pakistan, a drug abuse problem since the early 1980s."

The UNODC’s country report says that "heroin users in Pakistan are estimated to consume 20 tons of pure heroin annually. Although drug use in Pakistan is a known problem, credible research into use and the distribution of drug users is lacking. The last assessment, conducted in 2006, has serious flaws and almost certainly underestimated the problem. It is difficult to gauge accurately the impact of drug trafficking upon drug use with the existing body of research."

This report should be an eye-opener for our policymakers, who are oblivious of ever-growing drug-related problems since the introduction of Prohibition (Enforcement of Hadd) Order, 1979 by Ziaul Haq. Heroin use since then has assumed alarming proportions -- today nearly 3 million Pakistanis are victims of this deadly dependence, and it is harming mainly our youth.

The government thinks that drug abuse is only a health issue, but it is crippling the entire society, so something must be done quickly about it. It is a big business and mafias behind it are powerful elements that are making billions. It is also one of the major sources of terrorist financing in Pakistan. Those engaged with health side of it and anti-drug campaigners are most concerned about teenagers who are experimenting with many more addictive substances in addition to heroin.

There is no controversy regarding the growing drug-abuse in society as confirmed in last nationwide survey, The Drug Use in Pakistan 2013 Survey Report, collaborative research by the Narcotics Control Division, Pakistan Bureau of Statistics and United Nation Office on Drugs and Crime. But according to the UNODC, it has flaws and we need fresh survey. In this survey, total number of addicts was estimated at 7.6 million, out of which 78 per cent were men and 22 per cent women. Cannabis was found to be the most commonly used drug in Pakistan, with 3.6 per cent of the adult population, or four million people, listed as users.

Opiates, namely opium and heroin, were used by almost one per cent of overall drugs users, with 860,000 chronic heroin users. In Pakistan today, almost 60 million are estimated to be living on less than $2 a day. The barriers preventing access to structured treatment are exceptionally high. An estimated chronic over six million individuals drug dependent in Pakistan are in dire need of professional treatment. However, the available structure can cater for less than 30,000 drug users a year.

While men are more likely to use cannabis and opiates, prescription drugs abuse is dominated by women. Some 67 per cent of women resort to misusing opiate-based painkillers, 25 per cent use tranquillisers and sedatives, while eight per cent are using other drugs which are readily available in pharmacies.

Pakistan is amongst 15 countries with the highest prevalence of HIV/Aids and other blood-borne diseases and only 13 per cent of the general population can accurately name three modes of HIV transmission. Intravenous drug use is also considerably high, with 630,000 people estimated to be injecting drugs in Pakistan, a higher estimate than ever reported previously. Moreover, 73 per cent of those injecting drugs share syringes. In 2005, 11 per cent of the population was injecting drugs, which went up to 21 per cent in 2008 and 42.8 per cent in 2015. Another key finding is the emergence of methamphetamines use in some parts of the country.

Pakistan has had a drugs problem for decades, and recent independent reports that 5.4 per cent of the population or 8.9 million people are substance abusers is no surprise. The figures and plans (2010 to 2014) on official website of Anti-Narcotics Force (ANF) need updating.

The victory against drug culture requires a resolute stand against it. We know that we can do better on all aspects of existing drug policy. We can take effective action against the traffic, and thus score decisively in the effort to stop the smugglers and pushers. We can give our enforcement agencies the means they need to do their work with maximum effectiveness. The federal government can provide better assistance to provincial governments and local agencies. Local pressure groups like jirgas can assume a larger, more appropriate role in eradication of opium cultivation.

Profits from illegal drug trafficking generate billion of rupees, billions that submerge and then absorb banks, billions that buy politicians, administrators, police officers and judges. This is why Pakistan finds itself in the grip of frenzy over the crisis. How can this be, with all the tall claims that wonders had been done in the past? Some blame the "pushers". Others rightly point out that there is demand as well as supply, and also blame the users.

The war on drugs desperately needs to be intensified. But how it should be waged is a question which must be opened for national debate before a fresh and effective policy is framed. Each of us has a moral obligation to help the government in this fight against drugs. Those who believe that people who use drugs are not hurting anyone but themselves are wrong.

Drug abuse affects the moral, social, and economic fabric of the society. An addict perturbs the entire family. The money spent on drugs goes into the hands of one of the most ruthless lots -- the death dealers. These drug traffickers are often murderers. They are sometimes terrorists. They are the people who are financing the death and destruction of the young.

The campaign against drugs should remain a national priority as long as we are faced with the problem. However, the war should not be on paper. Without debating and knowing how this war should be waged, no matter how many advisers are appointed or seminars and international conferences are held, we will remain in the grip of a worsening crisis. We require collective will to resist the factors that contribute to the spread of this menace.