A city within the city

The Walled City of Lahore remains -- insular despite no walls; somewhat ancient despite the creeping modernity 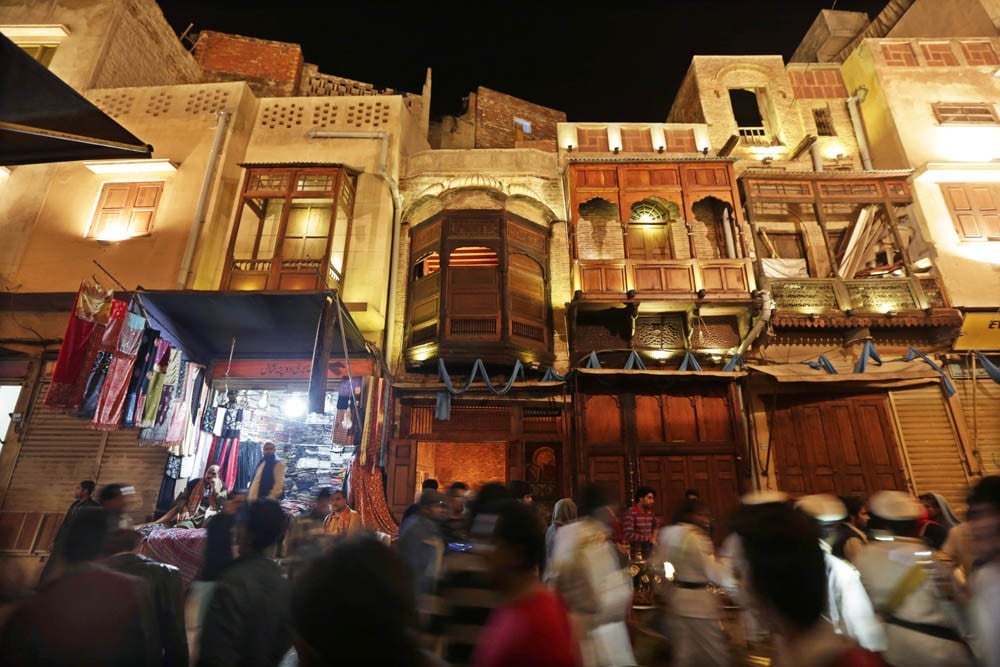 There is in Lahore a city within a city, which was once walled by brick.

Its streets were narrow so as to impede an oncoming cavalry, its gates grand and onerous to impose on wanderer and looter alike that before him lay a great city.

It once sat on the banks of a mighty river, too. It survived floods and armies, tyrants and bloodbaths, for its foundations lay not in the ground but in the history of the land.

Here lived the various nations of Punjab under the rule of Akbar, and the French and Italian emissaries of that most famous son of Lahore, the one-eyed emperor Ranjit Singh. It was ruled by Hindu kings, and raided by the savage Afghans. It held once the Koh-i-Nur in its midst, and through it was run the last state of the sub-continent to fall to the greedy hands of the India Office in London.

It saw before its eyes kingdoms changing hands, rising and falling empires, and nations built in the imagination of poets. And yet it remains. Insular despite no walls; somewhat ancient despite the creeping modernity.

Today, a few of those gates remain, and within resides a living city.

Walk in from the Delhi Gate after Iftar and you are jostling for space with rickshaws, motorcycles, and even the occasional van. Vendors selling bangles and cheap plastic trinkets render the narrow street narrower yet.

Walk fast and you risk losing your companions in the melee. Walk slow and you invite the ire of scraggly men hurriedly pulling carts loaded with bags of cloth spun in China.

Advance deeper to Azam Cloth Market to interact with the shopkeepers and you will notice strange languages being spoken -- not only Pashto and Balochi but also Darri and Kashmiri.

For once I sought the comfort of Punjabi (whose Lahori strain I was told was to be found here but I heard so little of it). Instead, Peshawari kehwa was being sipped at the shops, and Kashmiri kulchas were being spun at the roadside ovens. In the faces, tongues and cuisines abound in this Walled City were enclosed the various waves of immigration to Lahore. It was I, the Punjabi Jat who was the outsider.

Vendors selling bangles and cheap plastic trinkets render the narrow street narrower yet. Walk fast and you risk losing your companions in the melee.

Walk deeper yet and you will lose yourself in a labyrinthine maze that would put Daedalus to shame.

The shops are replaced by autotrophic homes seeking to rise steadily higher than their neighbours to catch the rays of the sun. The streets, now not more than mere alleyways, carry the dread that only a confined space can exert on a people used to the expanse of the plains.

You will find, as you meander around, shrines to saints of all kinds (even one for the Patron Saint of Cats, Billiaan Wali Sarkar). There are bakeries hidden within that are only accessible on foot. And yet they supply their famous khatais not only in Lahore but to cities all over Pakistan and India.

You might, as I did, hold on to your phone tighter while passing a group of young boys. But they are simply huddled outside in wait of their turn at snooker. Or instead, unlike me, you may choose to challenge them to a game and enter the tiny basement where the table barely fits.

Ask them of the haunted havelis and they will tell you stories that must first have been concocted centuries ago but have passed down the generations to them.

After nightfall let the absent sound of ghungroos guide you forth towards Tibbi Bazaar, the infamous home of the red-light district. Absent sound I said, for so little of it remains. Boys of good families were sent here to return as men of culture, but no longer, it seems. Some say the trade has diminished; some say the culture has vanished. Perhaps I should return to it after the new moon drowns out the piety of Ramzan to test these claims.

But in all honesty, beyond the architecture of the arched gates, the brick laden streets and the historic havelis, so much of this city was inaccessible to me. I could only go as far as the doors. What lay inside I do not know. I can only guess behind which door lies the hurt of a failed romance, and behind which the weight of poverty. I do not know on which street all celebrate the birth of a newborn, and on which street new neighbours from across our frontiers are viewed with suspicion.

In the words of the famous lovelorn courtesan imagined by Ruswa, ‘Iss anjuman mein aap ko aana hai baar baar/deewaar-o-dar ko ghaur se pehchan lijiye’ (To this gathering, you will return time and again/Better commit to memory these walls and doors).

I shall surely return. In preparation I hope marvelling at the doors was not a wasted effort.

A city within the city