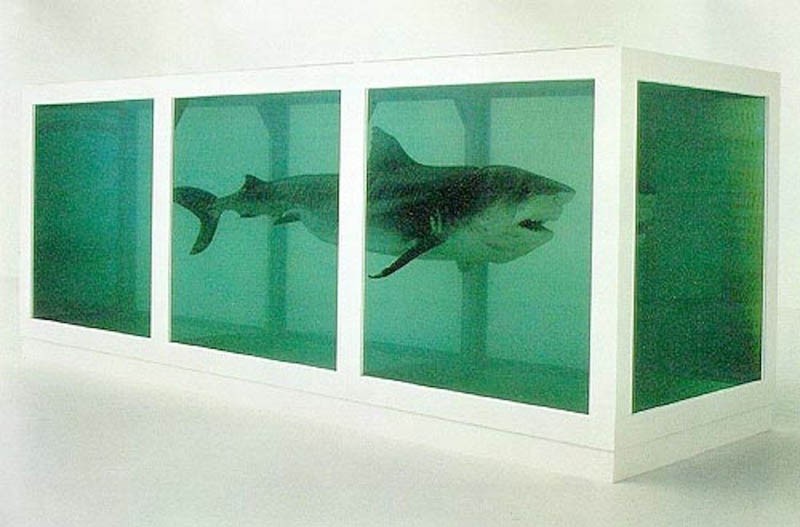 There is a quotation associated with Bill Gates which says that if trees emit wifi signals, we would be planting so many trees and probably save the planet; too bad they only produce oxygen. One wonders how the lawyer-artist Iqbal Geoffrey, who decades ago had filed a case on behalf of the trees of Washington Square against the government of United States, would react to this.

Gates’ observation reminds of the way humans are neglecting resources which are crucial for their own existence. That is why many conscious citizens are concerned about planting new trees and protecting old ones; since a treeless environment in the end would turn into a human-less landscape.

However, like all good causes, the matter of green globe is not as simple as described in textbooks and NGO leaflets. On principle, one must not be allowed to cut any tree but we do make exceptions.

Recently, a student was criticised by many artists for using a tree in her artwork. She had sliced the trunk of a small tree obtained from a local nursery and placed it inside her studio space. One is not clear about her content or intention but the work generated a debate about "abusing environment" and "cutting trees to create an art piece".

It was judged as ethically wrong, since an artist must be ‘environmentally correct’ as a sensitive member of society. One dissenting faculty member pointed out that we should be mindful that while discussing the annihilation of a tree by the art student and condemning her for it, "we too are comfortably sitting on chairs made of trees".

If an artist doing conceptual work, such as slicing a tree from the middle and installing it at a gallery space, is worthy of criticism, what about a pretty portrait of a society lady on a canvas that is stretched on a frame made of wooden bars. What about brushes with their wooden handles, wooden palette and easel constructed with wood? What about artwork packed and transported in wooden crates? Truth is that artists like others relax on wooden chairs, work at wooden tables and sleep on wooden beds. While doing all these activities, they are not aware of the environmental upheavals or cruelties to plants. They just live as billions of others on the globe.

When it comes to art, it becomes a crime to cut a tree and present it as an artwork. It is perceived as a hideous act because it disrupts eco balance.

But when it comes to art, it becomes a crime to cut a tree and present it as an artwork. It is perceived as a hideous act because it disrupts eco balance. This reminds one of Ehsan ul Haq’s work with a rooster, in which the artist had tied the bird with a string during all the hours of his exhibition. It invited dismissive reaction in the name of animal rights, most often made during dinner table conversation while nibbling on chicken kebab and chicken biryani.

But then why single out artists who tied a rooster or placed a freshly sliced tree in a studio space. Artists also often ask and pay a human model for a portrait drawing or figure painting. Isn’t that equally cruel because, instead of tying a fowl with a string, he has bound a living person with an invisible cord who has to sit in the same posture for hours, with only a few minutes’ break? Basically, a figurative painter converts his models into an object of lifeless matter that must not move, shift or twitch, since all these activities may disrupt the initial outlines of drawing and composition.

We are all comfortable with this practice and usually appreciate the life-like resemblance captured by an academic painter. But when it comes to animal and environment rights, our conscience is not at rest and a tirade is lodged against all those who ‘abuse’ nature.

One is curious about the possible reaction to Ai Wei Wei’s huge tree trunks exhibited at the Royal Academy of Art in London, held between September and December 2015. Those were dead trees from South China, sold in the markets of Jingdezhen, Jiangxi province. By using them, Ai Weiwei had not only focused on the ‘natural’ disruption of nature, he also challenged the notions of heritage and history, as was witnessed in another of his work: breaking traditional ancient Chinese pottery or daubing them in enamel paints.

Both the examples of a student in Lahore and the artists such as Ai Weiwei and Damien Hirst (with his sliced cow and calf, and the shark in formaldehyde solution) signify that artists can and should take liberty in order to depict, convey or comment upon the larger issues of life. If restrained in the shackles of political or environmental correctness, they’d be repeating what is expected of them as ‘decent’ members of a society.

Besides, aren’t all these words -- ‘decent’, ‘polite’ or ‘politically correct’ -- at odds with the act of producing art?