The genesis of corruption

Is a corruption-free Pakistan possible? 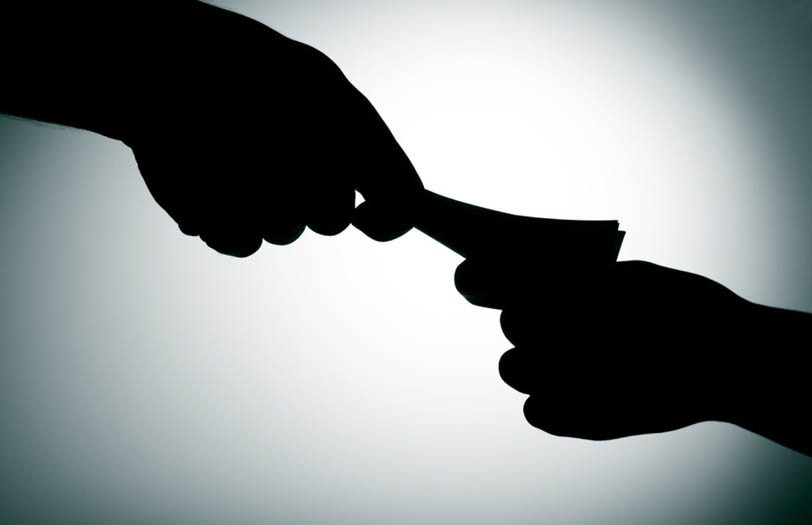 A few days back, an old acquaintance asked me about the future pattern of Punjab politics in the wake of a scam as big as the Panama Leaks. I told him nothing is likely to effect any change in the existing pattern of Punjab politics. Not a single parliamentarian has raised a voice or threatened to depose the current rulers because ‘the first family’ has off-shore companies and the source of capital invested is shrouded in obscurity.

Of course it is corruption. But then isn’t that the way of life in the land of the pure? If it is an art, we have perfected it; if it is a science, we have excelled in it. More worryingly, we have accorded legitimacy to corrupt practices. In fact, we celebrate both corruption and the corrupt.

In the Victorian era, man was defined as a symbol of masculinity, white (read Caucasian) and rational with values derived from the Christian faith. If we try to define Pakistani ‘man’, corruption has to be an essential trait that he is bound to carry in order to qualify as ‘man’. He also has to be yaran da yar, (friend of friends) which means a real ‘man’ shows no respect for any law or regulation when it comes to his friends, cronies or sidekicks.

Thus in our case, violating the law or even constitution for that matter symbolises how powerful someone is. For the poor, corruption may be a means of climbing the social ladder but for the rich and affluent, corruption is the means to express power.

Another acquaintance jestingly said the other day that he has tried to make a payment of a few dollars to get his name included in the list that has emerged out of Panama Leaks. I asked him why he did that, knowing he wasn’t serious. He replied that it was a sign of ‘respectability’; it becomes damn easy to marry off a daughter to a boy from a good family if you can affirm your wealth.

Historians (particularly Edward Gibbon) have inferred from the past that when wealth becomes the principal determinant of the values that society respects, the fall of that society becomes inevitable. The same happened with the Romans and they fell, never to rise again. The generation of wealth and even more so its distribution should be carried out through mutually agreed regulations, which the Romans started flouting with impunity, and hence their fall.

For the poor, corruption may be a means of climbing the social ladder but for the rich and affluent, corruption is the means to express power.

Indeed, it needs no less than a miracle for any nation/civilization to rejuvenate itself. China can be put forth as one rare example. But it too will have to go a long way to match the sole super power, USA.

Another of my friends says, "corruption and Pakistan are like two peas in a pod". His observation seems sweeping, yet it cannot be easily denied. The first and foremost cause of corruption was embedded in the cataclysmic event of Partition. This is depicted in the relevant chapters from the works of Ilyas Chattha, Urvashi Butalia, Yasmin Khan and Vazira Zamindar. Such events as the partition of India are no less than the upheavals of history bringing about the tectonic shift in the established norms of sociology and culture.

As a consequence of an event of such magnitude, usually a break from the past (though selective) is intended which causes rupture in the centuries-old tradition. The process of evolution which is usually gradual and steady is markedly disrupted. Such disruptions tear the affected people apart from the socio-cultural norms and practices which have hitherto defined their collective ethos. Every one, in such a scenario, is running for life. En masse relocation and genocide, such as were concomitant to partition, gave a big blow to the sensibility that binds people together.

Many living the life of relative deprivation in united India saw Pakistan as a land of opportunities, and came to the newly-founded country for economic gains. In the newly established state of Pakistan, regulatory structures were not in place to check any arbitrary practice aiming to amass wealth or to grab property. Thus the people who could, did all that was possible to secure wealth. Partition catapulted many from rags to riches. These sort of sudden changes contravene the smooth and gradual process of evolution, which people find really hard to come to terms with.

Another cataclysmic event was secession of East Pakistan, which gave a big jolt to the morale of the people. The trust in the future of the country was considerably undermined, a ripe situation in which corruption could proliferate.

Unfortunately Pakistan’s politics, right from the outset, was marred by inconsistent transitions. One political order was substituted by the other, with the two having hardly anything in common. Hence, the transition was abrupt and instantaneous. Political compromises of the oddest kind were made merely for personal gains. Characters like Ghulam Muhammad, Iskander Mirza and Ayub Khan did not allow institutions to germinate and blossom. The will of the people was not sought, in the first place; if and when elections were held, non-political actors wielded more power than the elected ones.

Therefore, institutions remained weak and their fate uncertain. Religious ideology was deployed for self-legitimisation with disastrous consequences. In such a scenario, when state institutions were weakened beyond measure, corruption flourished rampantly.

Such political choices made by the Pakistani elite conjured up a social fabric which was amenable to practices which were corrupt to the core. I do believe that a social movement spearheaded by the intelligentsia can stall that trend. But Pakistan’s history fails to register the existence of any social movement aimed at raising awareness among the people about such an issue of wider significance. So, thus far, there is no hope for a corruption-free Pakistan.

The genesis of corruption