Tax on dairy products will have a negative impact not only on the dairy industry, but quite significantly on the consumers 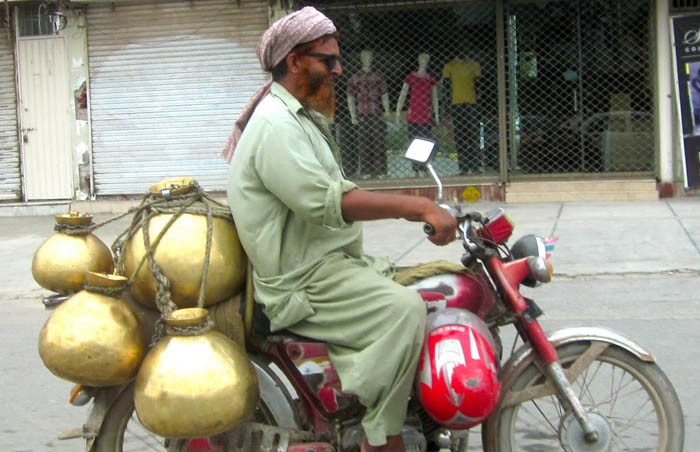 Now they will levy a milking tax!As revealed in the Budget 2016-17, tax authorities have proposed abolition of zero rating on packaged milk and fat-filled milk. As a result, prices of milk and subsequently other dairy products will increase.

Budgetary decisions such as taxation on food items can have significant repercussions on household expenditures. In Pakistan, dairy products take the largest pie in the kitchen expenditure at 22 per cent while wheat is another 12 per cent. Therefore, in financial terms, households will be more sensitive to a price change in milk compared to wheat.

While 90 per cent of the population consumes fresh milk, dairy products are usually purchased in processed forms, especially in the urban areas. Hence, a sales tax on milk will make households review their consumption of milk and dairy products.

According to estimates, an average Pakistani household consumes around two litres of milk every day. Given the price of milk to be around Rs80 to Rs85 per litre, it can be safe to assume that monthly expenditure of a household on milk is around Rs5000 -- not including expenditure on dairy products such as yogurt, butter, cheese etc. which are also widely used. Expenditure on packaged milk, including powdered milk, will be proportionately higher since it includes cost of packaging too. With increasing awareness on hygiene issues associated with loose milk, the demand for packaged milk is growing especially for children, even in low-income households.

This will clearly have a negative impact not only on the dairy industry, but quite significantly on the consumers, especially for low-income households. As discussed in a recent publication authored by Dr. Hafiz Pasha, price increase has unequal impact on people. Since food consumption constitutes almost half of the total monthly expenditure of poor households, even a slight change in price will increase their expenditure more than proportionately.

To make things worse, sellers of fresh milk will take this price increase as an excuse to increase their prices.

To make things worse, sellers of fresh milk will take this price increase as an excuse to increase their prices such that they remain below that of packaged milk, giving them a competitive advantage, but still help them earn much higher profits.

Typically, low-income households will have to face a higher price of simply consuming fresh milk, which is not even being subject to any taxes -- not to mention the hygiene issues associated with it because of no quality assurance standards. Second, they will face the increased prices of dairy products. Third, even if a low-income household starts considering use of packaged milk for hygiene considerations, they will be forced to stick to fresh milk as they will simply not be able to afford it.

Being an ideal source of nutrients such as vitamin A, B12 and D, calcium, phosphorous and magnesium etc., milk can help in increased bone strength, stronger immune system and most importantly prevention of illnesses such as hypertension, dental decay, osteoporosis and even some forms of cancer which is why it is considered an essential part of a daily healthy balanced-diet not only for children but also adults.

The unfair price increase will deprive the poverty stricken people of this essential food item and be a major concern in changing consumption patterns in low-income and middle-income households, forcing them to face health risks associated with low milk and dairy intake.

The author is head of Research & Development at PRIME Institute, an independent public policy think tank based in Islamabad