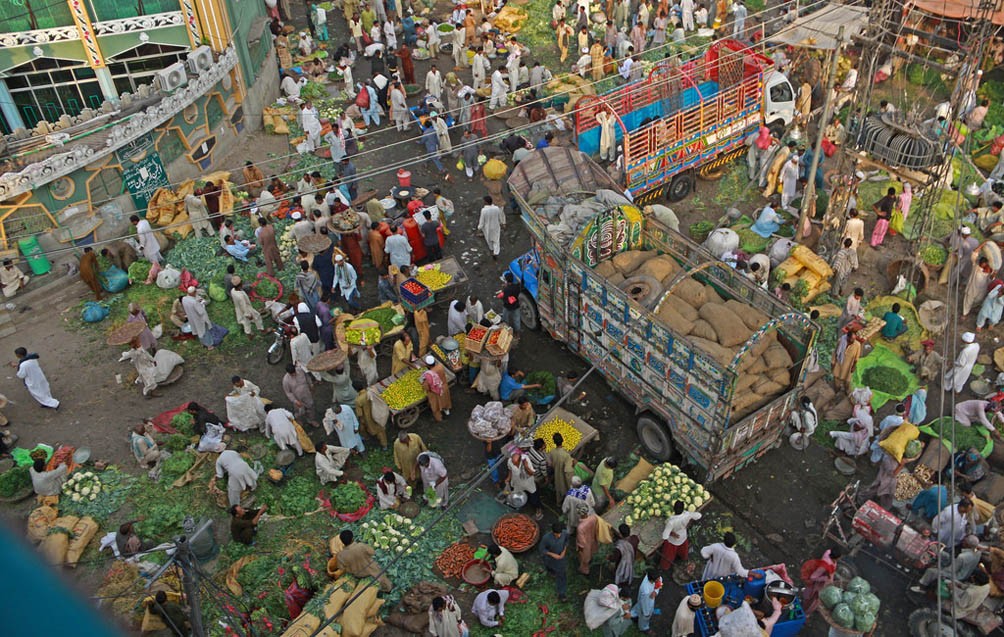 The minister of finance, Ishaq Dar, begrudgingly admitted a negative agricultural growth rate of 0.19 per cent for the year 2015-16. This caused the government to miss its overall growth target of 5.5 per cent by a wide margin (though several independent analysts claim that growth is much lower than the official rate). He announced in his own words ‘the heftiest’ agricultural development package the ‘house had ever seen’ in his budget speech.

But while electoral imperatives have belatedly forced the government to focus on agriculture in a big way (the centre of the agricultural collapse is Punjab cotton, which saw a whopping 44 per cent drop in production from last year) the resultant measures are knee-jerk at best and continue to be dominated almost entirely on the cultivation side. Missing entirely from the discussion is Pakistan’s increasingly complex agricultural marketing system and its ever growing importance in explaining the sector’s performance.

Cotton, which lost 33 per cent in production from the last year, was up almost 10 per cent in 2014-15 from the previous year. A similar picture emerges from a disaggregated analysis of several key commodities and is even more pronounced in the price trends, where rising global and local commodity prices till 2012-13 resulted in a minor turnaround in agricultural growth but increased crop production is now accompanied by a steep fall in commodity prices. Therefore, contrary to a simplistic view of secular ‘decline’, the chief characteristic of Pakistani agriculture seems to undergo erratic fluctuations from year to year, which makes the understanding of how Pakistani agricultural markets work more urgent than ever.

Yet beyond stereotypical ideas about ‘evil middlemen’ and ‘innocent farmers,’ there seems to be little government interest in a more concrete picture of different market intermediaries, their functions, economic power and contractual strategies and how these impact growth and poverty.

Research into Pakistani agricultural commodity markets, though preciously scarce, nonetheless manages to dispel some prevailing myths; instead of an easily identifiable ‘middleman’ whose removal could potentially end the exploitation of farmers, there are an immense number of intermediaries from the village-level brokers/itinerant traders to commission agents, wholesalers/traders and millers/processors of different means and resources who provide both a series of important services but can also result in inefficiencies and exploitation. But the complexities don’t end there, as many farmers have themselves diversified into agro-processing and trade and many traders too hold land as part of a diversified portfolio of investments.

There seems to be little government interest in a more concrete picture of different market intermediaries, their functions, economic power and contractual strategies and how these impact growth and poverty.

That an understanding of market intermediaries and their activities is crucial for policy can be ascertained from repeated and failed attempts to remove them from the markets. The Punjab government’s policy of procuring wheat directly from the farmer to allegedly cut out ‘the middleman’ is one such case. Fieldwork by the author in the market towns of Depalpur and Toba Tek Singh in 2013 revealed how the majority of farmers did not even possess the means of bringing their crop into the local market for better price discovery, let alone wait for the cumbersome bureaucratic process of obtaining gunny bags from the food department in order to get the government’s minimum support price (MSP).

They instead sold their produce to the local aarhti (village broker/commission agent) who aggregated and sold either to the wholesalers in the mandis, to millers/processors directly or even to the Food Department. As a result, either farmers with means and connections were able to obtain the MSP, or the system was a vast avenue for corruption for Food Department officials who sold gunny bags designated for farmers to traders and accepted produce from them if palms could be greased adequately.

Furthermore, due to the relatively thin presence of formal channels of lending, the local traders are also a major source of agricultural production credit for farmers, with loans often being conditional on the farmer selling his entire produce at the lenders firm, which is often also an input dealer.

A 2013 Pakistan Microcredit Network report on the workings of the aarhti (commission agent) system revealed this crucial function but also highlighted how a majority of traders had been working with the same group of farmers over successive generations, many of whom were from the same village.

Thus, though exploitation can be a feature of some trader-farmer arrangements, trust and kinship networks are as crucial in an environment where high rates of commercialisation are accompanied by imperfect information and low levels of formal institutionalisation. Without understanding the interlinkages between input, credit and output markets, the multiple market intermediaries and their informal networks as well as the differences in economic power between different farms and firms, it is difficult to predict if the 700bn rupees of agricultural loans will have much impact either on agricultural growth or poverty reduction.

Finally, as suggested at the start, the increasingly erratic behaviour of agricultural growth cannot be explained without taking the changing structures of agro-commercial marketing systems into account. As Pakistan becomes interconnected with regional and global markets, their supply and demand conditions are determining the decisions of Pakistani farmers to an ever greater extent.

The markets littered with petty brokers, itinerant traders, wholesalers and local networks of trust are confronted by trade over much greater distances where not only quantity but quality is important; for example, potato from Punjab is now being sold by land route in most of Central Asia all the way to Moscow and almost all of it is informal.

This has created both immense wealth for many farmers and traders in parts of central Punjab but also exposed them to the worst price crashes as a result of not meeting quarantine conditions for export in certain years. Investments in new storage facilities, marketing infrastructure and transport are becoming imperative, and firms and farms used to relying on local networks of trust are developing novel ways of dealing with clients thousands of miles away.

Clearly there is both great danger as well as immense opportunities in these interconnections, but it requires above all an understanding of how real agricultural markets work and making them a centrepiece of any development strategy.