Toeing the line of donors, budgets bring no relief for the poor 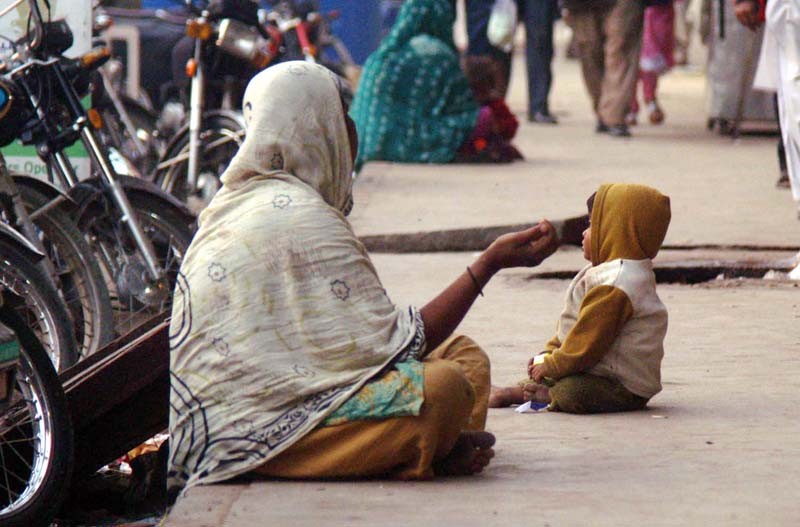 Every budget has had the characteristic of appeasing the mighty, extending benefits to the rich and toeing the line of the donors. Our economic enslavement, especially the rising debt burden, makes its obligatory to obey the commands of the donors -- have a look at the conditionality of the International Monetary Fund (IMF) US$ 6.6 billion loan programme for Pakistan. This in itself may not be a serious cause for concern being reflection and confirmation of the age-old adage: the beggars cannot be choosers.

However, the real worrisome aspect of budget making is figure fudging and manipulation of incomes/expenditure for painting a rosy picture. The claim of containing the fiscal deficit to 3.8 per cent of GDP by excluding circulating debt and showing nearly Rs355 billion surpluses by provinces is made under the "watchful" (sic) eyes of IMF and World Bank.

The trio of corrupt politicians, incompetent tax bureaucrats and donors-fed technocrats keep on singing the mantra of "more taxes" and improving "tax-to-GDP" ratio without admitting that Pakistanis are one of the most heavily-taxed nations where even those not earning taxable incomes pay advance income tax of 14 per cent with mobile bill/recharge.

The foreign-funded initiatives like "raftaar" and others do not stress the governments to spend adequately on health, education and human resource development. With the help and support of these foreign agencies our militro-judicial-civil complex, businessmen-turned-politicians and unscrupulous businessmen thrive on taxpayers’ money. The foreign donors never ask the governments how the rich successfully manage to keep them outside the tax net. They, in fact, want our incompetent governments not to bring any meaningful structural changes in the existing economic system so that dependence of them should continue unabated.

It is evident from the fact that despite taking loans and grants of millions of dollars, tax reforms in Pakistan have been a farce. Since the successive governments have failed to generate required resources and accelerate economic growth, neither fiscal deficit is receded nor is the goal of poverty alleviation achieved.

As expected, not a single progressive tax has been proposed in the Finance Bill for the coming fiscal year despite the fact that in the media an effective campaign was launched prior to budget announcement, aimed at forcing the ruling elite to correct the imbalance between direct and indirect taxes in Pakistan. The rich are not paying income tax according to their real incomes -- total number of individuals showing income exceeding ten million rupees is less than ten thousand.

The trio of corrupt politicians, bureaucrats and donors-fed technocrats keep on singing the mantra of "more taxes".

The members of militro-judicial-civil complex -- the real rulers of Pakistan -- get tax-free perks and perquisites. Billions are expended on them from taxpayers’ money and then we say our tax-to-GDP ratio is one of the lowest in the world (just about 10 per cent). Over 75 per cent taxes collected are indirect, many even under the garb of income tax in the form of presumptive and minimum taxes pushing the millions below the poverty line every year.

The tax babus sitting in the FBR, who have managed to retain the powers to issue notifications (infamous SRO system) even after promising the IMF that this is no more available to them, conveniently bypass laws passed by the Parliament. The FBR itself is the root cause of massive tax leakages and corruption.

Despite the IMF’s desire that the FBR surrender sub-legislative powers, the finance minister and the mighty business lobby have frustrated it knowing that this is their crucial financial lifeline. Supported by their political masters, the FBR stalwarts have skillfully protected non-compliance of payment of tax by super-rich by just imposing on them "extra" (sic) withholding tax as non-filers! The vistas of tax evasion and non-compliance are, thus, kept open. The most glaring example is that of many business houses collecting sales tax from people but with the connivance of tax men depositing only a fraction of it in the government treasury. In this way they get illegally enriched as well as avoid disclosure of real incomes.

The role of the FBR high-ups can be compared with that of East India Company during the British raj. A handful of people in the Ministry of Finance and the FBR, under the umbrella of political masters, have over-empowered millions of people. There are remarkable similarities in the operations of the IMF-FBR duo in Pakistan and those of East India Company and their crony rulers during the colonial era. Political and economic control is exerted through an oppressive, inequitable, tyrannical, unjust, and anti-people tax system in which the sufferers are the drown-trodden people of Pakistan while the beneficiaries are the rich and mighty.

The existing tax system and policies are reminiscent of the British period when East India Company’s henchmen would go to the peasant abodes and snatch away most of their produce. According to many historians, the East Indian Company’s tax collectors used to take away one half to two-third of the crops, therefore the peasant’s life was most miserable during the colonial period. The present rulers, by taxing the poor and exempting the rich, have resurrected the days of East India Company.

The East India Company destroyed the indigenous industry of the Subcontinent to promote products of the Queen’s England. In the same manner, the FBR is destroying local industries by creating shortages of electricity and gas and blocking refunds worth billions of rupees due to exporters. These policies are aimed at crippling local industry in general and export industry in particular. The Neo-colonialists want to capture huge consumer markets of populous countries like Pakistan, India and Central Asia. This can only be done if the indigenous industries of such countries are either destroyed or taken over by the multinationals, which are actually controlling the policies of the United States and Western governments.

The FBR stalwarts are not interested in collecting taxes from the rich. They are local revenue officials of the IMF. The word gumashta (agent) was invented by the colonial rulers for their local lackeys, who for the sake of exercising control over the native population, joined hands with them. In matters related to revenue collection they unleashed a reign of terror on the locals closely followed today by the IMF’s "gumashtas" in the Ministry of Finance and the FBR.

The sovereignty of a state is measured by the power it enjoys in imposing taxes on its people -- responsible governments utilise revenues for the benefits of the less privileged and for welfare of citizens. On the contrary, our rulers are utilising the same for their luxuries. They are destroying local industries and opening their markets to foreign goods -- look at the free and abundant availability of smuggled goods everywhere. This has paralysed our local units. One wonders how ruthlessly the so-called people’s representatives of the day are destroying Pakistan. Obviously they want perpetuation of their own rule and they know that this can only be done if they unquestionably follow the command of their foreign masters. The foreign masters are only looking for economic benefits, as they are no longer interested in subjugating us physically.

The ruling elites in Pakistan represents club of tax dodgers and plunderers of the national wealth as evident from Panama Papers etc. If we are being maltreated by the US and the IMF, it is because of our ruling elites that opted not to pay taxes at the expense of national sovereignty. We have no right to accuse the USA, IMF and others for this. We have long been moving towards self-destruction. Budget 2016-17 is sure to bring more miseries for the poor segments of society and further debt enslavement for the state.