A selfie for your self-image!

Selfies are an expression of knowing you are comfortable in your skin. And sharing it online is a way of telling the world just that, whether you are fat, skinny, fair-skinned or dusky 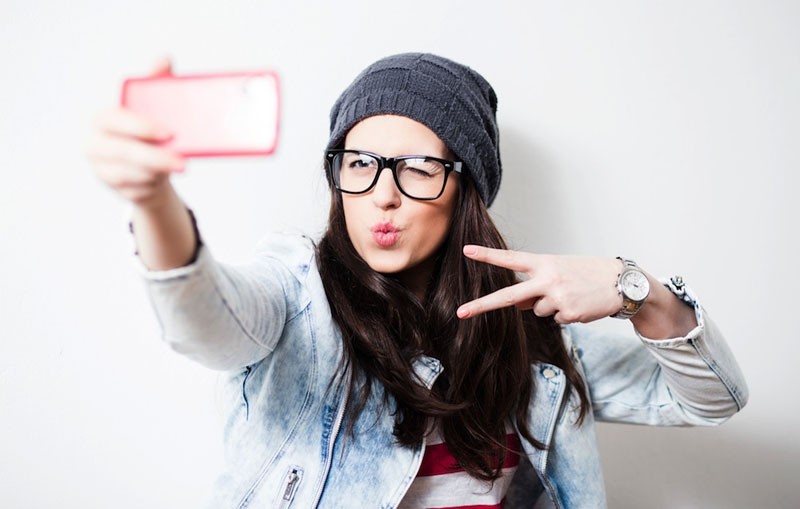 Every time the sun comes out good during the break in college, people hold their phones up and in front of their face, and take their own pictures.

Sometimes, the faces they make are so absurd that I stop midway towards class and my mind goes blank. And then I think, "Good for them!"

Usually, critics would say, "Why are they doing that?" or "This is stupid!" But I say these people are doing just fine.

The selfie craze has taken over the world. So much so that it isn’t a craze anymore. It’s a norm. And I, for one, feel like this is a step towards improvement of humanity.

A lot of times, when someone posts a lot of selfies, it is considered an expression of narcissim or self-absorption, perhaps even vanity. Yes, I believe that some people post a lot of selfies to the point that our Facebook feeds are nothing but. And it makes me wonder, "Is there really a point in this?"

The first thing I did, as a three-year old kid, when handed a camera, was to try and take my own pictures. I think it’s only natural to be self-absorbed. Have you ever looked in the mirror and wondered, "Gosh, I look good today!" Well, selfies tell you just that. Except that they give us a chance to share it with the world.

It’s only natural to share happiness. Selfies are an expression of knowing you are comfortable in your skin. And sharing it online is a way of telling the world just that, whether you are fat, skinny, fair-skinned or dusky.

The thing about selfies is that they initially make you seem narcissistic. But overtime you realise that these help you feel better about yourself.

As such, selfies have an ‘empowering’ effect. They help us feel like we are good enough to be able to show the world our face so up close; that we accept us with our flaws; that we do not let anyone dictate how we feel about ourselves.

Narcissism and vanity are two different things that do coexist symbiotically but are not mutually exclusive. The thing that separates narcissism from self-empowerment through taking selfies is the ability to not take yourself too seriously. So it all comes down to the intention of the person taking their selfie.

Social media has saturated our lives with certain standards and concepts of perfection that don’t really exist, except online. The magazines, the television, the billboards -- they all paint a picture for us that’s unattainable. And selfies help us create a ‘self-image’ that lifts our mood, depending also on the number of ‘Likes’ and ‘Comments’ you get on the different social networking sites.

Selfies also help you realise that you are beautiful, regardless of what the mainstream standards are. Which is why taking a selfie is important. And posting it for the world to see is even more. It’s brave.

So, even if you don’t like taking selfies, at least not look down upon the girl in the cafe who’s doing so. Who knows, maybe someone called her ugly, and this is her way to get back at them -- by choosing to click herself in her best profile possible.

I used to be one of those persons who couldn’t stand taking selfies. But now, when I take selfies, I feel I’m not doing it with the intention to show off but to inspire the person sitting next to me on public transport -- that it’s ok to be sitting here, It’s ok to be who you are.

A selfie for your self-image!