The condition of human soul

A slim book of short stories that covers a vast territory 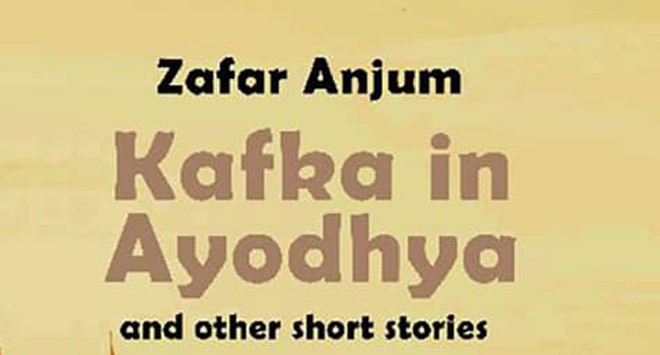 The prolific and multifaceted Zafar Anjum has given his readers a very slim book -- not even hundred pages -- of eight short stories while covering a vast territory. I don’t mean strictly in a physical sense. The reader cannot fail to notice the stories’ emotional register. It is not just a matter of inducting characters into fiction from varied ethnic, national and linguistic backgrounds or setting stories in political flashpoints, it is also having to deal with our modern and post-modern sensibilities.

The polarisation of his emotional preoccupation is evident when one story deals with the daily grind of a young, married office clerk while the one preceding it deals with authorial indignities, evident in more than one story.

I had enjoyed Zafar Anjum’s earlier book of short stories The Singapore Decalogue for its prose, characters and grasp of characters’ emotional reality. It also had a tighter focus and Zafar had put a finger on the right pulse. That does not seem to be the case for his newer collection Kafka in Ayodhya. In a way, this is natural for many writers now living outside their zones of comfort, often settled in countries where the mix of languages and dominant culture is a force to reckon with. This displaced author, a citizen of the post-modern world, is a global writer, unsure of many things such as a distinct voice, language register, target audience, market, local issues, craft and so on.

This is not a bad or good thing, just a primary condition that affects the writer. Zafar, too, is no exception, and to thicken the plot, he carries personal contradictions/ dilemmas to his prose. The title story, thus, seems like an apt window to the collection. The ultimate outsider of the modern prose Gregor Samsa, in the caged care of the venerable Kafka himself, has been summoned by an Indian Urdu poet going by the name of N. Whether the initial N. stands for Non-entity is beside the point; it suggests that circumstances demand the Urdu poet to remain anonymous. When the poet arrives to receive Herr Kafka, he’s wearing a green shirt (his Islamic identity?), a pair of blue jeans (ticket to modernity?), but his welcome, in the guest’s words, is typical Indian -- an unconscious leap from the immortal Mukesh’s mera joota hai Japani!

Bifurcation of the Self is not the concern, it is the suffocation one feels in one’s own home and country. This thesis becomes clear in Zafar’s story E. D. (erectile dysfunction) about a writer who conjures a character whose erectile dysfunction is a result of a rape he committed upon a dead female body. The writer loses sight of the intense raw material he collected and distracts himself by putting the rapist and a real acquaintance of the narrator in a marital union. The effect is part comic, part absurd, bordering on a wasted opportunity. With a restrained and careful execution, this story could’ve been a dialogue with Manto’s Thanda Gosht. But, perhaps, that wasn’t the intention.

In each story, however, the writer is concerned with the condition of the human soul, bruised either by the inhumanity of modern times, the daily grind, the constraints of status quo, ruthlessness of changing morality, or the evil, as detected by Dostoevsky, that temporarily dislodges good from the human heart. This concern manifests itself beautifully in the final story Ima. It would not be too far off the mark to suggest that Ima is the kimochi that pierces through the whole length of the book. It is the soul that binds the stories.

The protagonist Raghu is beginning to savour the fruits of neoliberalism and has extra money to burn. Lying to his wife about his business trip to Singapore, he ends up at a bar courtesy of his friends. There, he’s smitten with one of the bar girls, Ima from Indonesia, after a brief encounter with her. As per work rules, she cannot leave the premise or meet customers outside. Probably to get him off her back, she gives him her phone number which, as Raghu learns after flying back to India, doesn’t work.

The story ends with the image of Raghu moving on with his life, yet occasionally locking himself in the toilet and crying silently. This is where Zafar Anjum’s fiction is at its best, exposing the spot where the human heart hurts and when, undistracted by the philosophical and the intellectual.

Zafar teaches the reader not only how to be forgiving but how to find us inside the other. He could have easily pigeon-holed his main characters as suffering Muslims, but he chose not to.

I would have liked to see more risk with language, more verbal experimentation, though there is a pleasant doze of the profane throughout. Zafar is good at casual humour too. He has a good instinct to not overuse it, but occasionally there are places where a bit more attention was required. For example, when Raghu’s wife’s chunky thighs are mentioned just after intercourse, the description offers a window into his mindset. But when a casual remark about a fat woman appears in Kafka in Ayodhya, serving no purpose, it jumps out as a cheap shot. It is hard to sift whether it is Herr Kafka’s thought or of the writer’s. Such comments only distract from what a story is trying to communicate.

Pakistani bookstores will do well to stock this book.

The condition of human soul