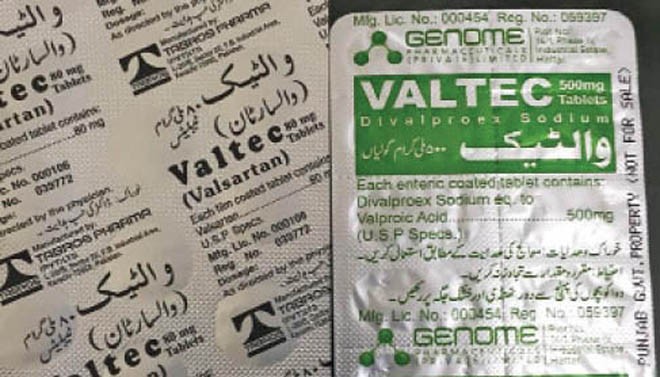 30-year-old Babar Khan was confused when the pharmacist told him that the medicine named Taivor the doctor had prescribed for his mother was for sinus issues. His mother was suffering from some urine related disease. He wondered whether the same medicine could be recommended for two entirely different problems.

According to sources in the Drug Regulatory Authority of Pakistan (DRAP) 106 pharmaceutical companies have been served show cause notices on this issue. "This is the responsibility of the company applying for brand name to submit the undertaking that no ‘look alike and sound alike medicine’ is already in the market," says Aslam Afghani, Chief Executive Drug Regulatory Authority of Pakistan. Afghani says there are almost 82,000 drugs registered with the Authority and the procedure was manual. Now the record is being computerised and the system is being upgraded. More than 80 per cent work is done, he says. "A rule to avoid ‘look alike and sound alike’ medicine has also been passed and I am hopeful that the situation will be better once the process is complete by the end of 2016," says Afghani.

Delays in registration process is said to be one of the reasons behind the issue of same name for different drugs. A pharmaceutical company owner on condition of anonymity told TNS that the requests made in 2011 are still pending. "When a company becomes able to acquire registration after so many years, there are chances that another medicine with the same name for which another company had applied earlier, gets registration," he says.

Chairman Pakistan Pharmacists Association Noor Muhammad Mehar is of the view that DRAP has become a hub of corruption. "Favourite companies are awarded the names they want and small companies try to have the names sound like those of famous brands and they usually succeed in taking advantage of the flaws in the system as no computerised integrated system is present there till date."

There is dire need for capacity building. Comprehensive integrated system is necessary for solution of the problem and it lies with the Federal Ministry of Health, says Mehar. The Chief Executive of DRAP while questioning it said that the pending cases are being settled rapidly. "So far 2,200 cases have been resolved and backlog will be cleared till October 2016." Mahmood Afghani was hopeful.

There are a number of medicines available in the market with "look alike and sound alike" names. Some are ‘Recol & Recal’, ‘Paxin & Pexin’, ‘Provas & Provis’ which are different in nature or made by different companies but sound almost same.

Few months ago, a case of even worse nature came to light. These were of two drugs named ‘Valtec’ -- one of Tabros Pharma and the other manufactured by Genome Pharmaceutical (Pvt) Ltd. According to the description on the pack, one was for blood pressure control and the other treated epilepsy.

In Pakistan where the use of prescription from a health practitioner is not common nor are the people so literate to distinguish between the medicines by reading the leaflet or whatever is on the pack, the situation can be dreadful.

Duplication of names of medicine is a real possibility and there may be more drugs out there like this. It is a common practice that doctors don’t normally write the chemical or scientific name while prescribing medication. As a result, the shopkeeper (as medical stores do not have a pharmacist in many areas) can easily give the customer the wrong medicine if there are two with the same name.

In the opinion of Professor Dr. Javed Akram, Vice Chancellor PIMS University Islamabad, if a drug made for a specific ailment is used in any other disease, the impact can be horrible. "It can result in loss of life," says Akram and adds, "The act should be treated as a crime and those responsible should be punished."

"We did encounter the issue," admits Abuzar Faizi, the owner of Genome Pharma. "But we pulled our stock from the market when we came to know that the medicine with the same name is already there. We have reintroduced our product with a different name ‘Dirite’ and 2, 3 batches of the medicine are in the market.  "As soon as we came to know that Valtec by Tabros was already there, we lifted our stock. Our product was not for the commercial market, we had been supplying that to some public health entities where this was being used for specific mental health issues so chances of inappropriate use were low," says Faizi.

The issue cannot to be overlooked due to its seriousness. Concerned departments should ensure registration of only one medicine under one brand name, otherwise precious lives will remain at risk. DRAP should take steps to avoid such a blunder in future and Ministry of Health should take care of 180 million lives depending on them.