Death of the Café

Replaced by a shoe store, the once popular Silver Star Café in Peshawar is now only a part of memory 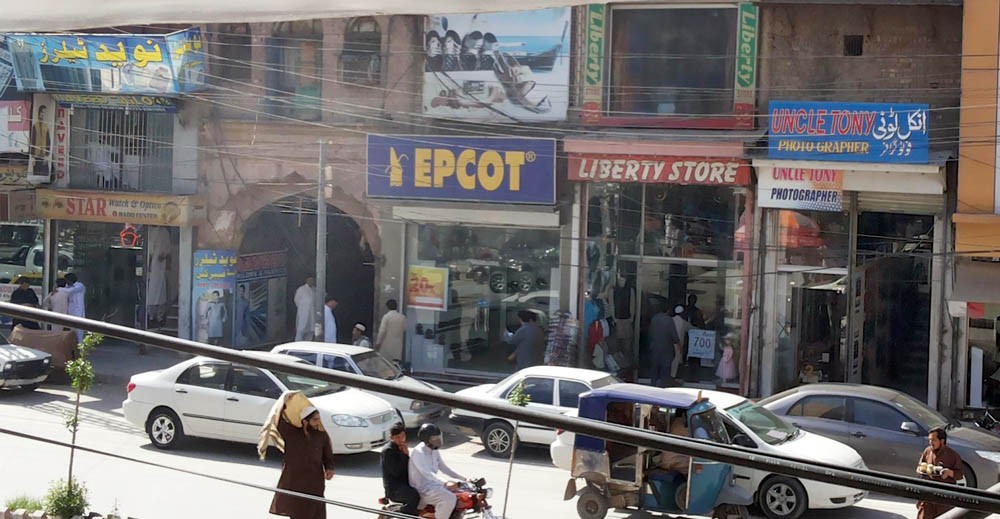 Café were centres of literary gatherings. Pak Tea House Lahore was a famous tea house where renowned literary figures of the time used to meet. The Silver Star in Peshawar Cantonment was of a similar nature. It used to be the gathering place for radio artistes, lawyers, government officers and students.

In Peshawar’s Cantonment area, Café De Aligh on Arbab Road and Silver Star Café on Saddar Road were established much before the partition, however, Gardina Café near Capital Cinema on Arbab Road was established later. Casino Café in Kabuli Bazaar was famous for Indian songs. People used to order tea and listen to Indian music.

Café in Cantonment area of Peshawar had a more sober ambience.

The Silver Star was the oldest café of Peshawar Cantonment that was established in the first quarter of last century by Master Abdul Rehman, an emigrant from India. He also had a dairy farm behind Falak Sair cinema (New Falak Sair Plaza). At that time, the Cantonment area was very limited. Most of the residents of the Cantonment area in Peshawar were settlers from United India, and after the partition, their number increased manifold because they were allocated property left behind by non-Muslims.

The Silver Star was a meeting point of various groups of educated people who used to sit and chat till late in the night over cups of tea. Waiters served tea along with samosas, cutlets and cheese.

The most famous waiter of the Silver Star was Abdul Rehman who spent 64 years serving people at this cafe. People could see this bulky waiter taking orders with a broad smile, quickly serving tea and then cleaning tables. According to Abdul Rehman, various educated people from different walks of life used to come to the Silver Star. Four out of the many visiting lawyers later became chief justices of the Peshawar High Court.

The Silver Star was a meeting point of various groups of educated people who used to sit and chat till late in the night over cups of tea.

As this café had a limited space, therefore, others used to wait outside on the footpath for their turn.

After the death of Master Abdul Rehman, his son Haji Mohammad Yousaf ran the café till he passed on too. Later generation of owners tried to run it commercially, by introducing fast food items such as burgers and fried chicken, but could not succeed.

A few years back this historic café was converted into a general store and currently there is a shoe store there.

Rapid commercialisation has changed the landscape of Peshawar’s Cantonment area and many places of historical significance are no more. The Silver Star Café is just one such example. But generations of people now settled around the world still remember the beautiful evenings at the café.

Death of the Café