It is the stereotype that sells, explaining the countless weeping willows on Pakistan’s television. But it’s high time for change. Instep takes a look... 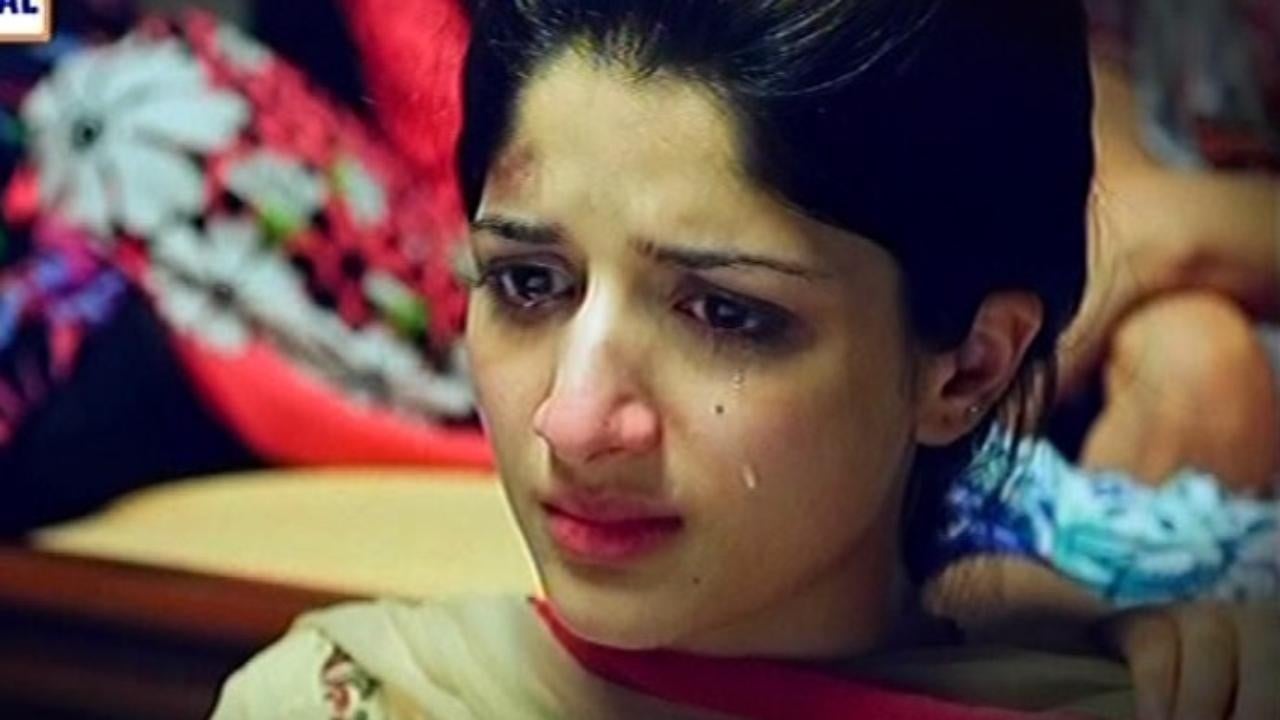 "They [filmmakers] know me for crying really well and if someone calls me for my USP, I should utilize it," actress Mawra Hocane told Instep in an earlier interview, post the release of her Bollywood debut, Sanam Teri Kasam. The fact that an actress of her caliber considers her tears to be her USP is a point of concern. There is no need to read between the lines here because the statement is as blatant as a knock between the eyes. This is in no way intended to undermine Mawra’s acting skills; in fact the only thing positive about Sanam Teri Kasam was the 23-year-old’s brilliant display of talent as the dumbfounded, spectacled, swaddled nerd, Saru. But given the influential position she holds as an artist, if submission and misery are the only two things she can perpetuate about women then it’s a real problem. And if you are following the many plays dominating local television these days it’s even more overt because it seems all that is expected of an actress on television is how well she can portray the ‘damsel in distress’.

Misery, pain and victimization form the crux of most of Pakistan’s leading television serials, all of which are intertwined within a sexist discourse - women are by default weak, submissive and insignificant whereas men are aggressive, oppressive and almost always right. Examples are not too hard to find. Aamina Sheikh and Alyy Khan-starrer Pakeezah is testament to the aforementioned disparity. Aamina is an ambitious, modern-day artist/housewife and yet fails every time to raise her voice against her abusive husband to the extent that when one night he divorces her in sheer, unreasonable, psychotic rage, and forgets all about it the next day, she is still contemplating a life together for the sake of their daughter.

Worst, however, was Sangat, a play that tackled a crime as serious as rape by glorifying the rapist, who eventually repents his ‘mistake’ and that is reason enough to sympathize with him (sarcasm, please). Ayesha (Saba Qamar) is a caricature of the perfect, paper-towel savior wife - devoted, cheery and faultless at cleaning, both in the kitchen and after others (banish any expectations you may have of an unorthodox portrayal of gender dynamics right away). All is normal and overbearingly glossy until a known perpetrator (Zahid Ahmed) sexually assaults Ayesha. This could have been a breakthrough, morale-boosting series for the many rape victims in real world had it shown the woman rising against the heinous crime and publicly shaming the culprit. Instead, the little confrontation that happens between the victim and the abuser happens only behind closed doors and is ironically portrayed as sufficient punishment for the culprit. And then the child, a product of rape, is handed over to the rapist to raise (three cheers for innovation).

More recently, Mann Mayal is serving no better purpose but to imprint negative stereotypes over and over again. Mannu, initially a fiery go-getter, has withered down to a weak woman whose life mostly revolves around the men. She uses every trick in the book to attract Sallu (Hamza Ali Abbasi), who is as aloof a soul can get, before getting married to Mikael (Gohar Rasheed) for whom she loses all her self-worth and dignity only to accommodate to his brash lifestyle because well that’s what women are supposed to do as wives. It’s like all good women must come with a ‘no self-esteem’ tattoo on their ovaries.

What is unfortunate, however, is that these are some of the most highly rated dramas on local television. The ratings for Mann Mayal, in particular, are going through the roof. At a time when ‘Girls at Dhabas’ are gearing up to redefine the norms of public spaces and the Women of the World festival is set to make its first appearance in a South Asian country, and that too ours, Mann Mayal is in fact the most popular topic of conversation on social media forums. Are resigned, meek, miserable women really that bankable?

Sarmad Khoosat, director of Humsafar that remains the biggest television phenomenon to date and had the lead actress crying fitfully like a babbling brook, believes ratings do have a role to play. "As far as the ratings and the math go, weeping women are what sells on television. I don’t know how true that is but that’s how it’s justified. It’s also to do with the fact that the whole idea of misery is like a cloud that prevails over us. We are a nation that observes misery more than celebrating happiness," Sarmad pointed out in a quick conversation with Instep.

Writer Sanam Mehdi Jarchevi, of Main Bushra fame, also justifies such writing as a reflection of the current, wretched state of our society. "This is how our society is. Even the newspapers and social media are full of stories like these. Women are suppressed in our society, and as a psychologist I must add that suppression leads to denial, and we all are in this denial phase," she asserted adding that the masses are still not ready to accept women as strong, leading individuals and it will take time for them to change their mindset. "We are the ones who didn‘t accept a woman standing on one of the biggest international platforms receiving an award for our country, so yes we are not ready. But then it takes time to develop taste for bitter things, just like coffee or dark chocolate."

It would only be fair to say that stereotypes for men are no less harmful. Like women need to fall within a certain moralistic personality frame, men must also be the perfect antidotes to goodness. What’s a damsel in distress without a vicious beast after her? "Both women and men are stereotyped on television. Ratings dictate narratives and we all know what garners high ratings from our masses - the woman must be the victim and man the abuser," Alyy Khan added to the discussion. "An unequal society makes up for our mentality and that is what we gravitate towards instantly. It’s sad though because there is so much more happening and I’d like for audiences to have a wider perspective and develop sensibilities for different narratives."

It seems justified for producers then to make something that sells more and is more lucrative amongst their target market, because after all it’s a business. But given how pervasive television is as a medium, is it fair to think of it only as a business? Like Jharchevi said, "Television is a business that comes with a lot of social responsibility," and that responsibility needs to be taken a lot more seriously.

It would be naïve to say that what is being depicted is far from reality. Women employment and education statistics are alarming in Pakistan and their participation in the labour force is a mere 24%. Not to forget the endless honour killings and acid attacks that threaten the existence of a woman, let alone her empowerment. But all of this makes it more important to work towards a change. Instead of exaggerating negative stereotypes, offering people the realization that a woman’s destiny is doomed for sure with little or no compromise or that a man has the God-gifted power to treat women whatever way he wishes to, makers, advertisers and all of television’s stakeholders need to make a conscious effort to break away from these unnecessary conventions. If it’s true that television is influenced by society then the notion that television influences society is no lie either.

"Weeping women and tears are part of the rating game that has been imposed on us and is what’s killing our creativity," highlighted multi-talented actress Hina Bayat, who has made a conscious effort of maintaining a significant distance from characters that  insinuate stereotypical connotations about women. "I have been through this conflict myself, as an anchor and a producer of my show, but I have always maintained that why is it that six years down the road people question me and ask me why my show is not on air. From people on a bus to people at international airports, everybody has asked me the same question, urging that this is what they need. Which goes to show that we don’t always give people what they want. We give them what the advertiser dictates - just like some pharmaceuticals that push certain drugs whereas others maybe less expensive and more effective. We need to break away from clichés as much as we can. We need to delve a little more into the research aspects of writing. Our writers need to be more responsible and so do our actors. We obviously can’t work against producers but we can try and find a happy medium. It’s important to note that weeping women may be part and parcel of our culture but it’s not always a weeping women who is a victim."

Sarmad, whose recently-aired Mor Mahal promises a long list of resilient, active, complex and intriguing women and is miles away from the done-and-dusted soap operas, also added that it’s unfair to keep blaming the audience for such narratives. "We just always blame it on the audience and that’s not reason enough to not think out of the box. Sometimes we ourselves are not ready to break free but it’s important that we do and take a risk with different genres," he emphasized.

There is nothing wrong with accepting gender roles but to distort, skew and exaggerate them based around certain theoretical constructs is what television really needs to get rid of for the sheer reason that it penetrates deeper into households. All we need is a bit of empathy - cross-gender empathy that reduces the damage such stereotypes can immortalize in the long run. Viewers must also play an equal role. Any producer or creator, who makes an effort to shift paradigms, must be publicly lauded and spoken about on all media forums to raise awareness. Perhaps this balance will not only up the ante of creative content but also help in progressing the nation and rebranding our national image on the world platform. Case in point: It’s after all a woman and her film that recently turned Pakistan’s legislation on its head.