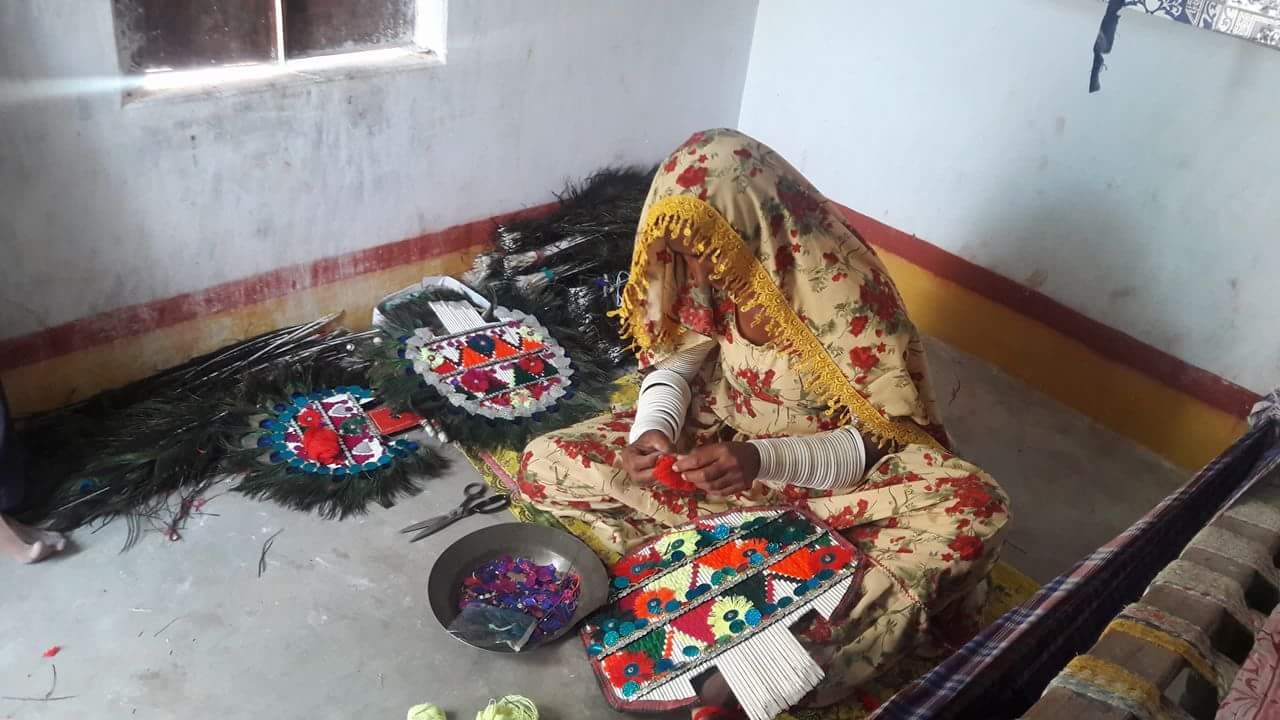 Tharparkar is not unique in its problems, nor should it be singled out. Other rural parts of Pakistan as well as urban slums are no different. Famine and drought are synonyms of Tharparkar. In a nutshell, these were some of the many statements passed by experts during a panel discussion held on the Habib University campus recently.

"It is a highly vegetative area and wrongly described as a desert," said Community Development Specialist Dr Sono Khanagarani. The other two panelists were Dr Shaikh Tanveer Ahmed of the non-governmental organisation (NGO) Health and Nutrition Development Society (HANDS), and Dr Shereen Nerajo, special health secretary in the Sindh government.

Although titled ‘Death by Design: Malnutrition and health crisis in Tharparkar, Sindh’, the discussion did move towards problems faced by the population as a whole. How Tharparkar has changed over the years, political crisis, forced religious conversions of people as a social insecurity, education crisis as well as what is being done to get rid of poverty.

Rain-fed agriculture, livestock and handicrafts are their main economic activities. Of the 1.3 million people living in Tharparkar, 43.5 per cent are women. These females are mostly into handicraft business, and are able to produce shawls, bed sheets, cushion covers, rillis (patchwork quilt) and are skilled in various kinds of local embroideries.

Dr Khanagarani, while speaking to TNS on telephone, was of the view that an estimated 10-20,000 women are currently in the handicrafts business in Tharparkar alone. He shares that Tharparkar, Haripur, Multan and Swat are those four regions where maximum handicrafts are produced. "Women in Tharparkar have moved forward. Over a decade ago, it was so difficult to interact with them for business." Khanagarani shared that permission had to be taken from the men of a woman’s family. The women themselves were too conscious about their ghoongat (purdah). "Today, when government, journalists or NGO officials wish to meet these women, they [women] decide for themselves and come out in public with ease."

In Pakistan, nearly 65 per cent of the women earn their livelihood from handicraft work.

One such woman is a 33-year-old Manee who is utilising her skills to gain economic benefits. Living in a remote village near Nagarparkar, she produces hand fans. In Sindhi, these fans may be called mor je parran jo pakho [fans with peacock feathers]. "The specialty of these fans is that they have been adorned with peacock feathers," she shares. Manee is not alone. She gets assistance from her daughter and daughter-in-law. Currently, very few women in Tharparkar are producing such fans.

In Pakistan, nearly 65 per cent of the women earn their livelihood from handicraft work.

"We have been in business for almost two decades now." Manee says that they are able to produce around 300 fans in a month. "My husband is responsible for purchasing the peacock feathers which are vital to the fan production," adds Manee. Being a mother of three sons and four daughters, Manee says that the fan business is what brings money into the house.

The feathers are bought by her husband from another village, and each feather costs around four rupees. It takes forty to fifty peacock feathers to produce a single fan. But that is not all. To bring the whole product in shape, materials like steel wire, different kinds and colours of thread, small sized mirrors, leather, solution tape, light-weight strips of wood and a sewing machine are used. Once the fan is given shape and decorated, her husband erects it on an adorned wooden stick.

The fans come in different sizes. "To prepare a small sized and large sized fan, it costs us Rs150 and Rs250 respectively," says Manee. The fans are priced as per size, and the starting price is Rs300 each. These handmade fans are sold as far as Hyderabad, Karachi, Lahore and Gujranwala. Manee shares that the demand for these fans is highest from August to December.

"In Tharparkar, we use these fans to keep us cool during summer," asserts the skilled Manee. People, however, may use it for decoration purpose or even as souvenirs. According to tradition, people in Tharparkar have to gift such fans to girls at the time of their marriage. "A peacock fan must be given to the girl by her parents. It is our tradition. And by making them, I am keeping the practice alive," she shares with pride.

According to Pathani Kumbhar, Senior Manager Thardeep Microfinance Programme (TMP), the women of Tharparkar are very skilled. "Lack of capital is the issue. They have no money to put their capabilities to use," says Kumbhar. TMP, which deals with microfinance and enterprise development, is a project of the NGO Thardeep Rural Development Programme (TRDP). TRDP is working for development in rural areas of Tharparkar, Umerkot, Dadu and Jamshoro districts of Sindh.

Manee also acquired a loan of Rs60,000 from TMP to strengthen the foundation of her business. "It is really easy to pay-off the loan. I have already sent a request for a Rs100,000 loan which I will invest in my business." She is able to earn a profit between Rs75 to Rs150 per fan.

"Through microfinance, women are able to use the loans in order to put their skills to use. The limit of each loan is Rs75,000," Kumbhar adds. There are exceptions where loans exceed this figure, depending on how quickly the installments are paid-off. Kumbhar is of the view that once a woman gets her hands on money, she will aim to put that money to use and get profits which will help her improve the living standards of her household. "Women in Tharparkar are now prioritising. They are spending money on educating their children as they know it’ll be useful in the long run."