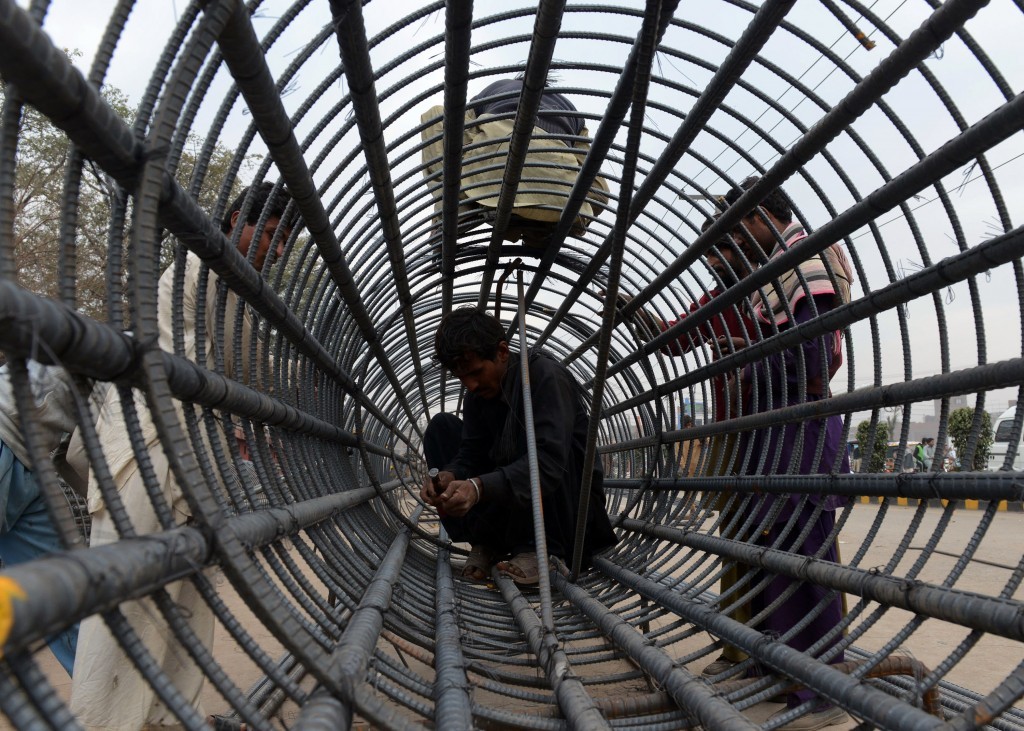 Working terms and conditions for labour in Pakistan are still poor as majority of workers are deprived of basic rights and have to work long hours for meagre wages.

The sixth most populous country in the world with 190 million people, Pakistan has a large workforce. According to Labour Force Survey 2014-2015, Pakistan has 57 million employed labour force and 3 million unemployed workers, bringing the total number of workforce to 60 million.

Of the 60 million labour force, the largest component, or 43 per cent, work in the agriculture sector under informal terms and conditions. The remaining 57 per cent is divided into several sectors, including manufacturing, services, transportation and telecommunications. Majority of these categories consist of informal workers.

Multiple factors, such as globalisation, the changing nature of work at country level, fall of trade unions, changing patterns of employment, corporate monopoly, and lack of representation of labour in policy-making have resulted in a situation where only a fraction of workforce enjoys work-related benefits.

Statistically, formal sector employs only 27 per cent of the non-agriculture labour. This chunk of labour may have formal employment contracts, registration with labour welfare institutions, safe and healthy working environment and post retirement benefits such as pension.

However, the major number, 73 per cent, according to official statistics, is working in the informal sector, deprived of all basic rights. A majority of them is employed as contractual labour directly or through sub-contracting practices and is paid daily wages or piece rate.

Workers in the informal sector can hardly make their monthly earnings upto Rs13,000, the minimum wage set by government in the budget for the year 2015-2016.

Workers in the informal sector are deprived of benefits as they do not possess documents required for registration with labour welfare institutions, such as Employees Social Security Institution and Workers Welfare Fund. In the absence of safe environment, informal sector work conditions are precarious, often putting the lives of employees at risk.

Post 18th Amendment measures taken by provincial governments revolve around addressing the problems of formal workforce, ignoring issues of workers in the informal and agriculture sector that comprises the majority of workforce.

The 18th Amendment under which labour was devolved to the provinces has brought no noticeable change except that provinces have adopted laws which were previously practised as federal laws.

In contrast to expectations that the provincial governments would go for legislative reforms and bring in changes that would make labour laws progressive, practical, and implementable, provinces took too long to do too little.

Sindh is a case in point. The provincial government which remained behind other provinces in labour legislation passed a number of labour laws in March 2016, six years after 18th Amendment was passed in April 2010. The province is yet to adopt Bonded Labour Abolition Act, an important piece of legislation to meet international obligations.

Nonetheless, the province has legislated on matters, such as Employees Old-age Benefit Institution (EOBI) and Workers Welfare Fund (WWF).

The Punjab government announced the provincial labour policy in 2015. However, a cursory browsing of the document suggests practical steps have been ignored.

Read also: “A day in a labourer’s life”

Post 18th Amendment measures taken by provincial governments revolve around addressing the problems of formal workforce, ignoring issues of workers in the informal and agriculture sector that comprises the majority of workforce.

Home-based workers, another category of vulnerable workers, have also not received the attention they deserve. Majority of home-based workers are women and part of textile-garment supply chain and deserve attention. None of the four provincial governments have adopted a separate policy or incorporated changes in existing legal and policy frame-work to safeguard the rights of home based workers.

"We even prepared policy drafts and are willing to extend all possible technical support but no government is willing to adopt home-based workers policy," says Ume Laila Azhar, Coordinator of HomeNet Pakistan. "This group is the most marginalised section of the workforce which deserves special attention," she adds.

According to HomeNet, there are nine million home-based workers in Pakistan and among them 65 per cent are women who face exploitative working conditions.

Similarly, issues concerning child labour and bonded labour are not being addressed. Over half a dozen verdicts of the Supreme Court and high courts on bonded labour remain to be implemented.

Punjab has come up with a recent law, Punjab Prohibition of Child Labour at Brick Kiln Ordinance, to curb child labour but that, too, has limitations. "First, this law is sector-specific and, second, it is a law in isolation," says Khalid Mahmood, Director Labour Education Foundation (LEF). "This law may make it possible that no child works in kilns but we know that they will be working somewhere else," he adds.

In Mahmood’s view, unless the government addresses fundamental issues, such as ensuring a living wage for adult workers, child labour will not end as people send their children for work in extreme poverty.

One of the problems in ensuring labour rights is the capacity and efficiency of the implementing agencies. Labour departments in all the four provinces and allied institutions, such as ESSI and labour inspectorates require massive overhauling.

"Lack of capacity, inefficiency and corruption are the identity of labour departments today," says Shafique Ghauri, president Sindh Labour Federation. "Contrary to our expectations devolution has brought no change in these institutions," he says.

Compliance on basic labour rights is now part of conditionality under the Generalized System of Preference Plus (GSP+) granted to Pakistan in 2014. European Union’s GSP + scheme currently granted to 13 developing countries is a trade preference scheme which has allowed Pakistan tariff free exports to the European markets.

Official statistics show Pakistan’s exports to the European market grew 33 per cent since the grant of GSP+ in 2014. However, continuation of GSP+ is conditional to Pakistan’s implementation on 27 international conventions, including eight core labour conventions of the ILO.

The first review report of GSP+ released last month has noted some positive legislative and policy changes, but there are severe shortcomings which would need serious efforts and steps to be addressed.

Rights experts believe that there are short-term and long-term benefits of GSP+ scheme and it is important that benefits trickle down to workers, particularly those in the garment sector.