The curious case of Thara

Presented by the Gurmani Centre for Languages and Literature at LUMS, The Curious Case of Benjamin Chotu has to be Thara’s weakest play since last year’s successful Begum Jaan 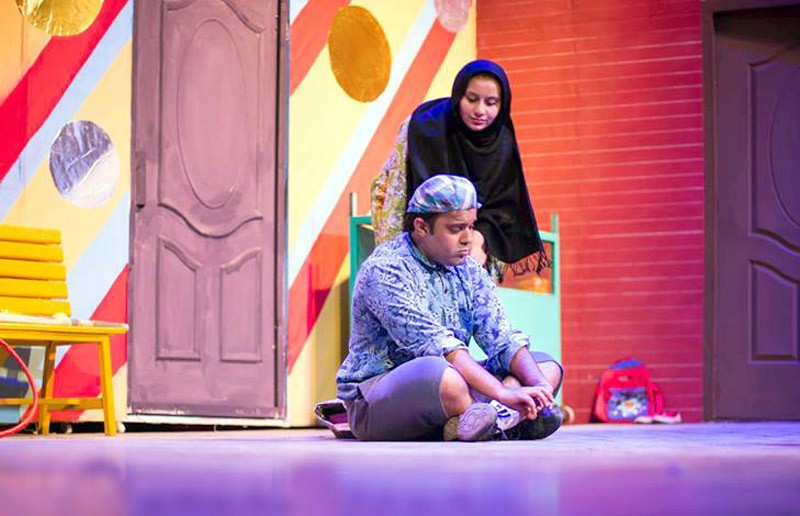 We’ve often heard of such adages -- "Appearances can be deceptive," and "Big things may come in small packages" etc. The Gurmani Centre for Languages and Literature at LUMS played on these little words of age-old wisdom, coming out with their latest theatrical production, The Curious Case of Benjamin Chotu.

Disclaimer: the play is not to be confused with the similarly titled, Brad Pitt-starrer famous Hollywood movie of the year 2008 which was about a man who ages backwards, nor is it supposed to be a parody of the gangster from Rajanpur we’ve been hearing about lately.

Written and directed by Shariq Yousuf Thara, a student of Humanities at LUMS, and an award-winning actor, The Curious Case… is about three friends, namely Maryam, Zaraan and Haaris. Both the boys are in love with her. Funnily, she also can’t seem to decide who to marry. Fast-forward to a time, seven years later: Maryam is expecting Zaraan’s child. Haaris happens to be the gynecologist’s assistant. He reveals that the couple’s child may be ‘special’. Zaraan goes into depression. He would rather the pregnancy is aborted.

The final -- and eventual -- time leap takes the audience to meet the grown-up Benjamin.

The multiple jumps in time may be the reason why Thara named his play after the award-winning Hollywood movie. Otherwise, you find absolutely no connections between the two. In fact, a mental comparison (with the movie) could only destroy whatever little impact the play leaves on you.

So what is it that could be called the highlight of the play that ran for well over a week at Ali Auditorium in Lahore? Funny one-liners? Not really. Performances? Well, maybe.

The Curious Case… has to be Thara’s weakest play since last year’s Begum Jaan. One wonders why it needed to be written and performed from such a prestigious educational platform as LUMS.

The curious case of Thara