Lahore needs a mass transit system, but one that is affordable and integrated with the rest of the city’s transport, which Metro Bus and Metro Train are not 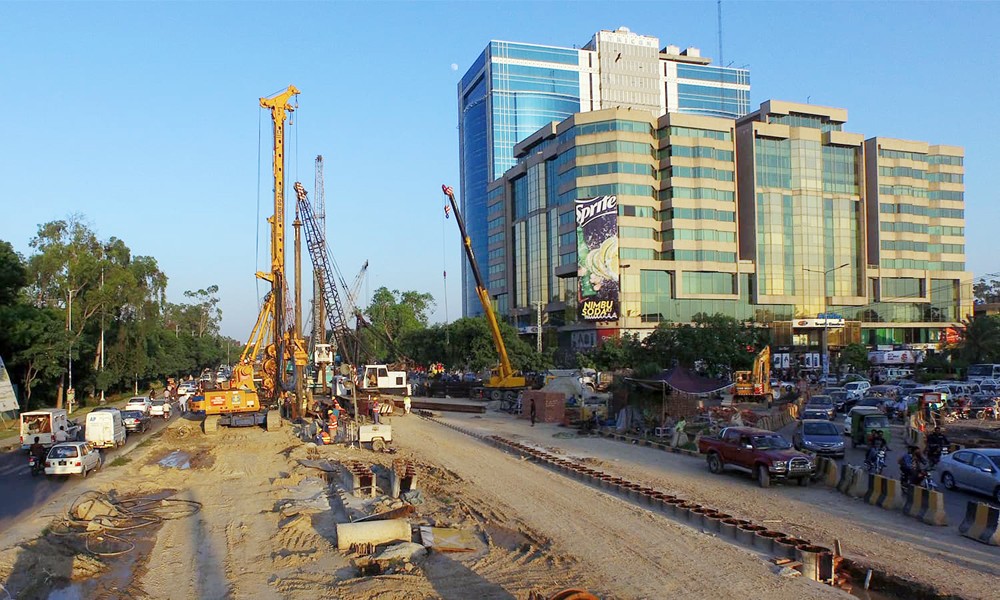 The current government of Punjab has put all its energy in its quest to "develop" Lahore. It has categorised those who have criticised its Orange Metro project as anti-development, heritage loving ‘elite’, which has no concern for the poor masses.

This discourse is quite catchy and is bound to be accepted if one accepts that development has a singular meaning. But, development as a concept usually requires multiple semester long courses to digest. Thus, rather than simply debating if ‘Lahore is being developed’, a more important question is about the kind of development taking place in comparison to the alternative vision articulated by protestors.

The PML-N has ruled Punjab since the late 1980s with the exception of a decade. During this period, it has widened roads and constructed under and over passes at the expense of trees; has changed city’s landscape from indigenous shaded trees to date palms, manicured lawns with flower beds and more recently LED lights; and has commercialised transport lanes through excessive advertisement hoardings.

This conception of development taken to its logical conclusion has led to the Signal Free Corridor which clearly negates the rights of pedestrians and bicyclists who make up more than 60 per cent of the commuter traffic of the city as it makes fast moving highways out of inner city roads. While the other, a mega project termed Metro, leads to Rs166 billion debt, while requiring a yearly subsidy of Rs16 billion (Rs14 billion for Orange and Rs2 billion for Bus) to serve less than 4 per cent of the 13.5 million daily passenger trips by Lahoris.

A big reason for the high subsidy levels, as only Rs20 is charged per trip, is political but also has to do with the limited buying power of commuters as the wider human resource of Punjab is unskilled (less than 15 per cent of the population completes matric) and lacks access to good public healthcare.

This raises the basic question of development policy whereby the government spending has to be judged by its opportunity cost -- other policy options of where the same money could be spent. It is thus important to note that the Punjab government’s skills development budget (operational and development for TEVTA & PVTC) for its 63million youth is less than 5 per cent (Rs8b) of the total cost of Orange Metro, and almost half of the yearly Metro subsidy. Similarly, this year’s budget of Mayo Hospital (Rs3.3 billion) that serves 1.7million citizens annually suggests that the cost of Orange Metro is 50 times this amount, and the yearly subsidy almost 5 times.

Thus, the concentration of protestors on heritage, and on the very character of Lahore exemplified by the Jain Mandar community which has been destroyed by the Orange Metro project, cannot be judged as anti-development. Additionally, how can the current government’s bragging of giving Lahore a new identity on the grave of what made Lahore the city that captured people’s imagination through the ages, termed development?

To simply articulate, the protestors have been arguing against a development paradigm which is capital intensive because we are a capital scarce and human resource rich nation; and against a paradigm which concentrates on building new infrastructure without taking into account the political, social, institutional and even economic aspects of development.

The protestors instead argue that induction of buses on dedicated lanes of existing road infrastructure, footpaths across the city, lane markings of all city roads, integrated route planning of the 20,000+ illegal Xinchis, parking stands for 100,000+ rickshaws, policy for street vendors, tariff on private vehicles in select locations, and proper management through an enthusiastic traffic police can solve most of Lahore’s transport issues without taking away resources from our human development needs. This will also preserve the city’s heritage and identity. Lahore needs a mass transit system, but one that is affordable and integrated with the rest of the city’s transport, which Metro Bus or Metro Train are not.

But, the above requires a competent government which can reform existing institutions to execute an integrated transport plan for the majority of the city’s commuters rather than spending a huge amount on a disjointed transport line, which only caters to a minute segment without resolving the city’s larger transport needs.

Instead, the protestors argue for a majoritarian development paradigm based on our material reality, which is both sustainable and scalable.