Under the Amanat Scheme, a restaurant customer could take a snap of the bill receipt and Whatsapp it to PRA, or text the invoice number and other details on a designated number 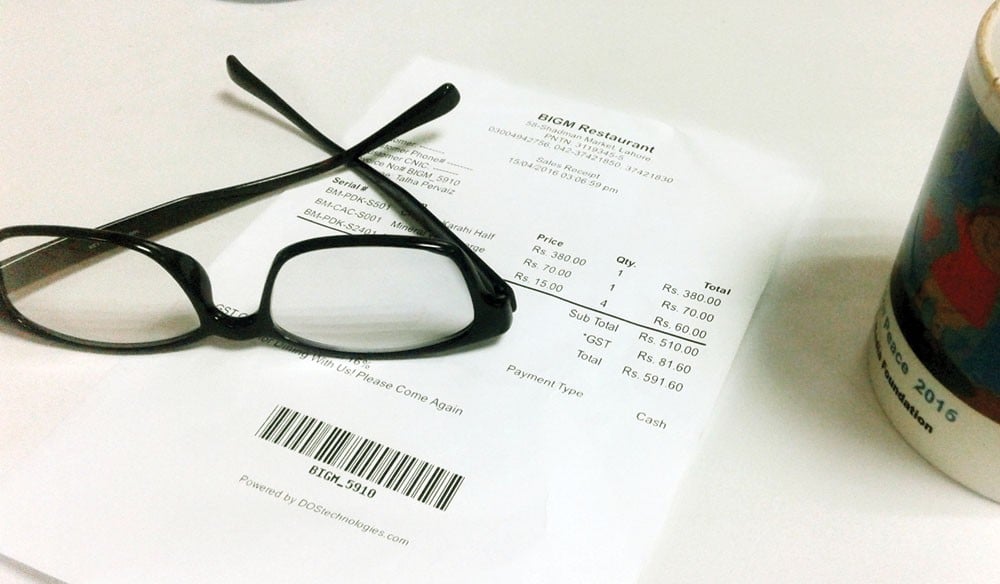 Mudassar Durrani, a real estate advisor, had a sumptuous dinner with his friends at an upscale restaurant in Johar Town and asked the cashier to give him a computerised receipt against the bill he had paid. His friends asked him not to wait for it and leave but he stayed back and left only once he had collected the receipt.

As one would think, he did not need it for reimbursement. In fact, he wanted to participate in the lucky draw announced by the Punjab government through Punjab Revenue Authority (PRA) with the declared aim to promote tax culture in the province.

Under the scheme, interestingly called ‘Amanat Scheme,’ a restaurant customer could take a snap of the bill receipt and send it to PRA via Whatsapp or pass on the invoice number and other details through sms at a designated number. The participants who were successful in the lucky draw were entitled to win prizes including cars, motorbikes, home appliances announced for the purpose.

The answer he got was a bit disappointing for Durrani who had spent a hefty Rs5,000 on food. The reply read like this: "Sorry, your Punjab sales tax invoice could not be verified by Restaurant Invoice Monitoring System. Please contact the concerned restaurant. Either the restaurant is not a partner in this scheme or is not a registered tax payer. Please inform us of the restaurant’s response. (A message from Punjab Revenue Authority, Government of Punjab)."

Durrani questions why the Punjab government wants to promote certain restaurants only and entice the food lovers with prizes to come there. "Does this mean it does not have the authority or will to bring others in the tax net?"

His point is why would one opt to go to a restaurant that charges 16 per cent sales tax and not prefer the one that saves him this additional cost. Selective treatment like this can never promote tax culture, he contests.

The context here is that PRA in collaboration with the Punjab Information Technology Board (PITB) has rolled out a Restaurant Invoice Monitoring System (RIMS) with the aim to get food businesses registered with the provincial tax authorities. A web based application has especially been prepared and installed in the systems of the registered restaurants. This application keeps track of all the invoices generated during a particular time and sends data to the servers maintained by PRA in real time. If the application is closed or it stops working, the PRA officials get intimation immediately and the error is rectified.

A survey has also been conducted under which the locations and images of 2,400 restaurants have been collected. All these restaurants will be registered over time.

Ali, a manager of a restaurant on Mehmood Ali Kasuri Road, who wants to be identified by his surname, tells TNS that they did not have problem registering with PRA as they had been collecting sales tax from their customers for long. There are no fake invoices, nor do they allow the customers to avoid paying tax. However, he says, the problem is with the restaurants that used to charge sales tax from their customers but deposited only a part of it with the government.

Ali thinks the real challenge for the government would be to bring second-tier and third-tier restaurants in the net as they often issue informal receipts (kachi parchi) to the customers on their request.

It was easy to register restaurants in the cluster on MM Alam Road, Mehmood Ali Kasuri Road, and Gaddafi Stadium as they already charge sales tax which the affluent customers have no problem paying.

Dr Umar Saif, Chairman, PITB says the objective behind the launch of RIMS is to promote a tax paying culture where the people decide to pay taxes voluntarily.

He says that though the number of restaurants registered under RIMS is small at the moment, there are plans to multiply it in the coming months. Details of around 0.2 million invoices were received in one month and 70 per cent of these belonged to unregistered restaurants.

Saif says this helped the PRA identify a large number of restaurants that could be registered under RMIS.

A survey, he says, has also been conducted under which the locations and images of 2,400 restaurants have been collected. All these restaurants will be registered over time.

The registered restaurants also stand to benefit from registration as an MoU has been signed among the PRA, PITB, Punjab Food Authority and Tourism Development of Corporation Punjab (TDCP) to rate and grade restaurants registered under RIMS. There is no second opinion that the restaurants rated high for food quality and other parameters would have better business than those that are not registered.

Mujtaba Piracha, Member Support, PRA tells that the authority has assumed the role of collecting sales tax after the passage of the 18th amendment to the Constitution of Pakistan. Before that the federal government would collect this on behalf of the provincial government and pass it on to it.

He dispels the impression that the government lacks power or will to enforce tax laws and says they want to promote tax collection through motivation instead of harassing taxpayers. The Amanat Scheme that has provision for regular lucky draws is part of government’s new tax promotion strategy, he adds.

The situation at the moment is that PRA is presently facing difficulties in implementing RIMS and the lack of staff is one major reason. There are only 150 employees for the whole Punjab and only 25 of these are officers.

Piracha says PRA is a semi-autonomous revenue agency run on a corporate style as the emerging trend all over the world is to promote tax culture and not impose authority on tax payers. When you give discretionary powers to individuals, chances of oppression and misuse of authority also increase. "We are trying to ensure that the new system has minimal human intervention and the tax payers feel motivated to fulfill this national obligation," he concludes. 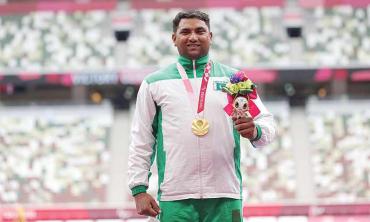 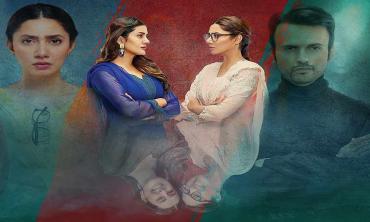 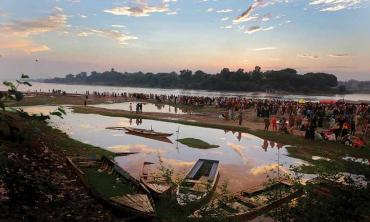