If tax is a duty owed to the state and the state chooses to forfeit a portion of this right, why is the tax avoider to blame and what should she be ‘punished’ for? 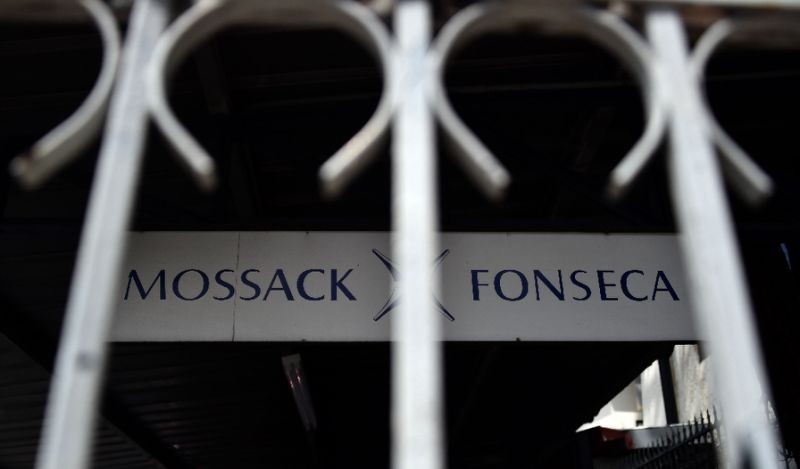 The moral outrage emanating from Pakistan since the Panama Papers has this Kapoor-like sanctimoniousness. Few analysts have been able to resist juxtaposing images of the toiling masses with fabulous "ill-gotten wealth" or invoking accountability against this "unprecedented" political corruption. The example of the Irish and the UK premiers are cited, with ominous prognostications for Nawaz Sharif. The wretched of the earth, we are told, are rising.

Unfortunately, however, this analysis is unanchored by any profound understanding of economic history, global finance or law and so, misses the forest for the trees. But more significantly, this single-minded focus on morality and ethics shows how the global public has been trained to think about financial regulation or taxation.

First, tax havens aren’t new. Serious offshore wealth management began with Switzerland in the 1920s and developed properly in other jurisdictions from the 1980s onwards. Between the 1920s and 1980s, tax arbitrage was a European thing: wealthy Germans, French and Brits looking to escape increasing income taxes in their own countries. Post 1980s, the newly emerged transnational capitalist class got into the game. It is arbitrage because the taxpayer pays tax, just not at the rates specified in his country of origin. Hence, tax avoidance, not evasion.

The key point here is the legitimacy and the legality of avoidance. Evasion and avoidance are differentiated in tax manuals and law books across the world -- evasion is a criminal act, avoidance is accounting practice. This differentiation, significantly, is evidence of the state’s complicity in the financial wizardry project.

If states represented ‘national interest’ and meant to collect the most tax revenue for development/welfare activity, tax harmonisation would be a no-brainer. A globally uniform tax regime would extinguish the arbitrage incentive and each state would get its dues from its productive forces. Or, at least, only have to worry about evasion. Yet, tax harmonisation ranks low on the global agenda and low-tax jurisdictions routinely seek the custom of wealthy individuals and transnational corporations.

If this strategy appears skewed in favour of the capitalist class, it is. Law isn’t a neutral, normative framework in a power vaccuum; it is the codification of certain well-defined, well-entrenched interests. Policy capture by the dominant ruling class or the buying of law-change by interest groups has long been a feature of domestic politics around the world (think the National Rifles Association in the US). On its heels has come the realisation that in the international arena, too, states represent the interests of the ruling class and not a theorised version of ‘national interest’.

What is it that Sharif has really done? He sold a business he owned, stashed the proceeds in an offshore account owned by his progeny, didn’t tell anyone about it and probably undercut the taxman. Bad, admittedly. But baying for his blood at this point would be criminally shortsighted.

By devising tax laws that enable avoidance, states (and their legislatures) invest the practice with their own authority and, thus, legitimate and authorise this ‘theft’. Charges of immorality or of the dereliction of the social contract on part of the tax avoider are, thus, completely unfounded. If tax is a duty owed to the state and the state chooses to forfeit a portion of this right, why is the tax avoider to blame and what should she be ‘punished’ for?

And yet, the notion of crime is deeply embedded in the financial regulation narrative as well as pop culture surrounding offshore jurisdictions. The shift came when the Nixon/Reagan/Bush administration’s foreign policy objective of defeating communism was wedded to the domestic law enforcement imperative of cracking down on the drugs trade. From their role as distinctly unsexy tax-havens, offshore jurisdictions suddenly came to be viewed as money laundering dens for drug smugglers and crime cartels. By 1988, the US had successfully pushed money laundering on the global financial regulation agenda and, by subsequently turning it into a predicate offence, criminalised the act of money laundering.

This fusing of three distinct phenomena -- offshore wealth management, money laundering, and criminal activity -- has since created a juggernaut with a momentum of its own. Proceeds from criminal and legitimate activities (corporate profits, for example) are construed as so blended in the offshore jurisdiction that they collectively attract the descriptor "ill-gotten". (This, in spite of the fact that such ‘ill-gotten gains’ are rarely parked in offshore accounts and routinely vend their way to property markets in London, New York, and Vancouver.)

The moralising judgement associated with crime is, thus, seen to have expanded its ambit and rendered tax avoidance, for example, ‘unethical’ even where it was legal. Hence, the global outrage, the demands for accountability and punishment as well as additional regulation.

This evolution from amoral to immoral carries important lessons about how to think about state regulation. The focus on the underlying criminality of the activity -- corruption, gunrunning, terrorism, for example -- is a deliberate tactic designed to draw attention away from the magnitude of the practice itself and the inequality it perpetrates between the global haves and have-nots. The consequent logical fallacy is a public campaign against terrorists, crony capitalists, and rogue politicians while the global financial system carries on as before.

Heads have rolled since the Panama Papers; more may fall soon. There is talk of tightening money laundering regulation; David Cameron is promising greater scrutiny of companies with offshore accounts. But there are no corresponding calls to harmonise tax regimes and shut down the tax havens and offshore jurisdictions that hold some eight per cent of the world’s wealth -- an estimated 7.6 trillion dollars.

With the criminalisation of money laundering, the onus of investigation and reporting shifts onto the financial intermediary (banks/ brokers/jewelers, etc). And critically, the burden of proof shifts from the prosecutor to the accused: in order to avoid conviction, now the accused needs to prove he isn’t guilty.

Problematic as this privatisation of law enforcement functions is, the larger issue is of the rules that govern our conduct as citizens. As a public representative, Sharif needs to satisfy a higher standard of probity. However, this requirement should not be in derogation of his rights as a citizen, most fundamentally, the right to be presumed innocent unless proven guilty. Overturning this classical criminal law understanding will carry repercussions far beyond the short-term benefits of returning assets.

What is it that Sharif has really done? He sold a business he owned, stashed the proceeds in an offshore account owned by his progeny, didn’t tell anyone about it and probably undercut the taxman. Bad, admittedly. But baying for his blood at this point would be criminally shortsighted.