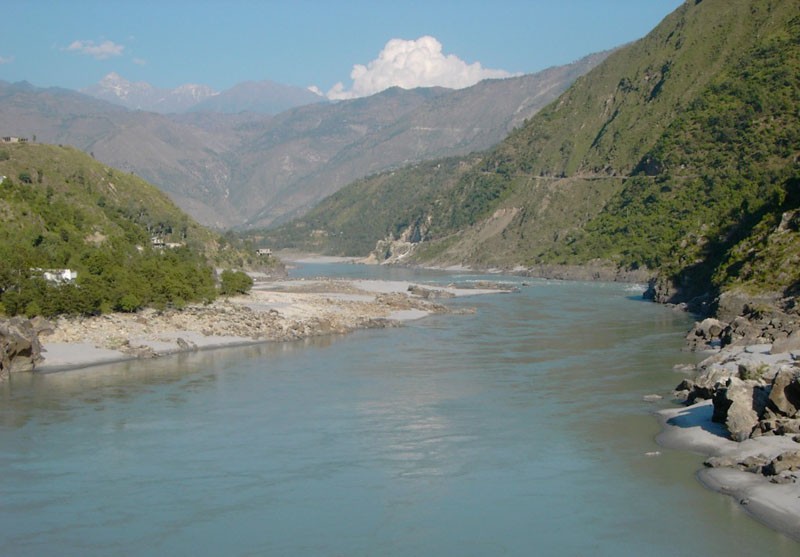 Scientists have warned of the risk of conflict if threats to both the biodiversity of rivers and human livelihoods are not fully understood and addressed with appropriate means.

The conflict of same nature exists in our region between Pakistan and India. The roots of these conflicts are linked with the British period, when they started mega water projects especially on the Indus Basin. British established a world largest and contagious irrigation network on the Indus Basin. Indus basin comprises six major tributaries and many small tributaries.

After the Partition of 1947, Pakistan and India scuffled over water distribution form shared Indus basin. At the time of Partition, no one seriously thought about these shared challenges. These dispute emerged because there was a lack of internationally recognised water sharing formulae to solve these inter or intra national conflicts. Still the practice of international law to solve the dispute on water distribution between two or more than two countries from one common hydrological basin is not appreciated.

When Pakistan raised questions that India wanted to stop all the water and transform Pakistan into a desert, water experts from Tennessee Valley Authority visited Pakistan and India and gave their recommendations to World Bank as "India and Pakistan should work out a programme jointly to develop and jointly operate the Indus Basin river system, upon which both nations were dependent for irrigation water. With new dams and irrigation canals, the Indus and its tributaries could be made to yield the additional water each country needed for increased food production."

After these recommendations, the World Bank intervened and started negotiations between Pakistan and India in 1951. After different phases of these negotiations, Indus Water Treaty was signed in 1960. The treaty gives India exclusive use of all of the eastern rivers and their tributaries before the point where they entered Pakistan geographic boundary. Similarly, Pakistan has exclusive use of all of western rivers water.

One of the technical flaws of this treaty is that both occupied Kashmir and Gilgit-Baltistan are not consulted on this treaty.

One of the technical flaws of this treaty is that both occupied Kashmir and Gilgit-Baltistan are not consulted on this treaty. Kashmiris are also major stakeholders in the Indus hydrological basin.

Other criticism is environmental consequences of the treaty. Today it is too much important that we study, understand and realise the environmental consequences of this treaty. When both the parties decided water distribution formula, no one thought about the fair share of nature and environment. That’s why they agreed upon the formula that three eastern rivers’ water rights are in Indian control and three western rivers’ rights in Pakistan control. No one thought about what will be going downstream of these three eastern rivers and ultimately how they affect the downstream of whole Indus basin. What will be the impacts on the biological life (flora, fauna) and the downstream end of the basin?

One thing is very clear, if we don’t give the nature its fair share, it takes revenge in the form of disasters like droughts and floods. Pakistan and India are bound through different united nation conventions on environment to protect the environment and ecosystem through sustainable development policy. I would like to discuss two international conventions in this regard: 1) Convention on biological diversity (CBD); 2) Convention on protection and use of trans-boundary water courses and international lakes.

The CBD reminds that natural resources are not infinite and sets out a philosophy of sustainable consumption of natural resources. Whereas convention on protection and use of trans-boundary watercourses and international lakes bound both parties that they shall take all appropriate measure to prevent, control and reduced any trans-boundary impacts. It also bound that both parties to take all appropriate measures to prevent, control, and reduce water pollution causing or likely to cause trans-boundary impact. It also emphasises to ensure conservation and where necessary, restoration of ecosystem. These international treaties give sound logical reason to both parties that they should review the Indus Water Treaty on the basis of these environmental considerations.

To check the environmental and ecological degradation it is compulsory that environmental impact assessment (EIA) studies must be carried out, especially for any future hydropower and water storage projects from credible international third party.