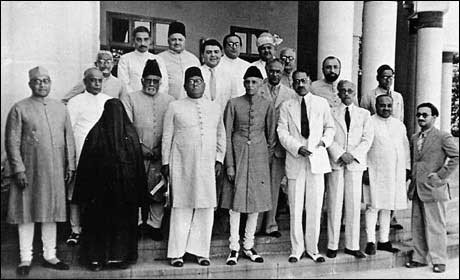 Prof. Ahmad Saeed remained an unsung scholar throughout his academic career, spanning over five decades. He eventually got nominated for a civilian award this year which is quite heartening for many including myself. Unassuming, down to earth and shy, Saeed has been forced out of the central space to the margins of the Pakistani academic landscape.

The discipline of history is what he holds very dear despite all odds. Having worked mostly in the inhospitable environment of MAO College, Lahore, instead of any university has worked as a big constraint for him. Ahmad Saeed is endowed with the uncanny ability to survive and plod ahead in detrimental surroundings.

In such a daunting context, passion was the only crutch for him to hold on to. In an age where rationality reigns supreme, passion is the most vital attribute that leads a person to perform anything of lasting value. Diligence and persistence are the natural spin-offs of passion and Saeed is lucky to have them all.

He is somewhat bitter about the treatment meted out to him by the executives of several so-called research centres and library facilities. Important to mention here is his proclivity to mostly rely on archival documents, old newspapers like Zamindar, Inqalaab, Eastern Times and Dawn as the main source that he employs in his research projects. Such sources resonating the Muslim interests have given a peculiar trajectory to his research. He has such valuable sources in his personal collection.

As regards the themes and overall analyses of historical events figuring in his scholarship, there is a typical signification of an apologist of All India Muslim League and its leadership. He unequivocally considers Islam as the most important factor, underpinning the very project of nation-building. Adhering very closely to traditional political history, Saeed operates within the binary of League (as the self) and the Congress (as the Other). His books like Hasul-i-Pakistan and Trek to Pakistan are the texts telling the usual story and  steering clear of anything that can be regarded as "out of the box" analysis of the events leading up to the formation of Pakistan.

Despite some reservations, I personally like Trek to Pakistan a lot for the marshalling of sources and simplicity of style. It is, undoubtedly, a useful historical text for students of both history and politics. But what really makes Saeed different from several other right-wing pen-pushers, doggedly clinging on to the state-sanctioned meta-narrative, is the evolution which seems to have continued in Saeed. In the later stage of his career, despite navigating within the nationalistic frame, he got down to do micro-history which was a clear deviation from the above mentioned meta-narrative.

In an age where rationality reigns supreme, passion is the most vital attribute that leads a person to perform anything of lasting value. Diligence and persistence are the natural spin-offs of passion and Saeed is lucky to have them all.

A two-volume history of Islamia College, Lahore is a commendable piece of scholarship which has filled in a big gap in the existing body of knowledge. Branching out to do a history of an educational institution and highlighting its political role in the 1930s and ’40s was in fact a significant undertaking on the part of Saeed. To do a history of a living institution needs a special skill which he has demonstrated to wonderful effect by writing this two-volume book.

His book on Muslim anjumans (organisations) is extremely important which provides the much needed insight into the social awareness among Muslims of various districts etc. Some of those anjumans were organised on professional lines while others had caste and kinship orientations. Their organisational pattern succinctly reflected the political mobilisation among the Muslim middle classes, dispelling the notion of their backwardness in the realm of the social as well as the political.

Currently, he is engaged in a very important project of compiling the editorials of the Zamindar. By doing that, an extremely important source of history is being preserved. Generally speaking, the provincial histories of 1920s are conspicuously absent from the overall narrative of our history. That decade is very crucial, particularly with reference to the communal situation which considerably worsened in United Provinces and the Punjab. By putting together the editorials of the most important newspaper, Saeed has done a great service to the students and academics of history.

One may hope that after Zamindar, Saeed will put together the editorials of Paisa Akhbar, Inqilab and other newspapers in a book form. Since we unfortunately don’t have a tradition of keeping our archives intact, these ventures are important for the training of young historians.

Besides, it is noted that Saeed has always been very generous in extending all possible help to scholars irrespective of the fact that they are known to him or not.

Government should be lauded for acknowledging the importance of Ahmad Saeed’s contribution in the field of history. The acknowledgement of his scholarship came a bit late but it is heartening to know that it eventually has come. Now all those (directors of various research bodies) showing him disrespect might mend their way. It will be a step in the right direction if the government puts Saeed in charge of some research institute. By doing so, Saeed’s passion for research will truly be appreciated.

Selfless people like him are the true benefactors of this nation. They must be commended and every facility should be made available to them so that they can keep doing what are good at. 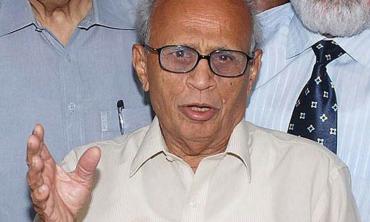 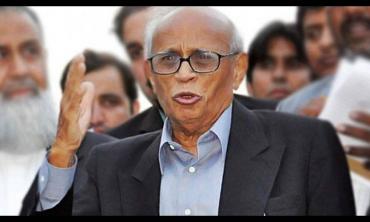 A man of honour and commitment 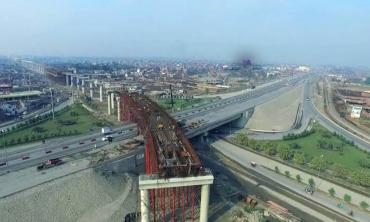