Are Pashtuns capable of keeping pace with the demands of the modern world? Time for some introspection 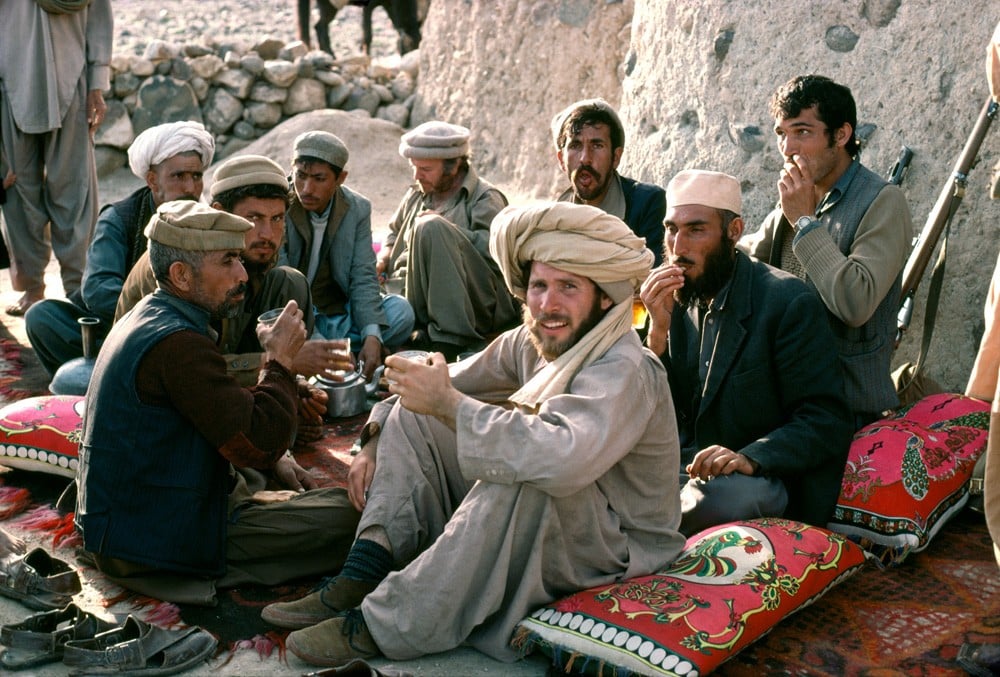 The land of Pashtuns is once again a hot spot of the great game. After Afghanistan, the Pashtun belt in Pakistan is burning. A twister of violence, extremism, terrorism, insanity, militancy and militarisation is whipping away every trace of civilisation, humanity, development, and modernism.

The most dangerous aspect of this tragedy is that a majority of the people in Pakistan and abroad believe that Pashtuns are extremists, militants and anti-modern. The world has, however, forgotten about the policy of religious indoctrination of Pashtuns, planned and initiated by the civilised West during Ziaul Haq’s era in the early 1980s.

Today, Pashtuns are faced with the most critical times of their history. It seems that the world is against them. However, before exploring the reasons behind this situation and image of a Pashtun as a nation, there is a strong need of an in-depth analysis of their thoughts, myths and ground realities. Pashtuns need to raise questions, scrutinise their societal values, including culture, customs, traditions, myths, beliefs, and other aspects that are not congruent with modern societies.

There are many puzzling questions that need to be asked. The first question is whether they are a nation that is historically constituted, a stable community of people with common characteristics formed on the basis of a common language, territory, economic life, and psychological make-up manifested in a common culture, including traditions and customs, habits or an ethno-linguistic, ethno-racial, ethno-religious group or simply a bunch of indigenous tribes, settled down on a piece of land, sharing a few values and a common language?

And then there is a chain of questions. Why are their responses not the same towards the state strategies and policies? Why are their responses to victories and defeats not the same? Why are they still living in a primitive tribal and semi-feudal set-up and not accepting modern values and parameters of modern nationhood? Why do they prefer to identify themselves more with tribal identity instead of Pashtun identity? Why did the extremists and terrorists succeed in getting support among the politically and economically marginalised Pashtuns?

In fact, millions among the marginalised Pashtuns are considered as outcast or non Pashtuns because they do not belong to any tribe, therefore, are isolated socially everywhere across the Durand Line.

Extending refuge or asylum to someone in need is the most praised value of Pashtunwali. However, throughout history, there are many occasions that the Pashtuns betrayed this value and devastated their land. Today, they need to think why, throughout history, all sorts of rebels, outlaws, criminals, coward and failed rulers sought by the most powerful nations of the time preferred Afghanistan for asylum?

We can’t deny the fact that Pashtuns are brave people but as a matter of fact history does not support us to prove this myth. It may be very hard to digest but the fact is that throughout their history, at certain points, they got defeated and they accepted foreign intruders as their masters.

There are many such cases but we have to select a few among them. For instance, why Jalaluddin Khwarazm Shah preferred Afghanistan instead of Iran or any other Muslim country when he was on the run to save his life from the savage wrath of Genghis Khan? (He escaped to India but unlike Afghans, the Muslim rulers of India denied him asylum). Why did Sayed Ahmad select the land of Pashtuns, instead of facing Sikhs on his own land in India, to establish an Islamic state?

Have they ever analysed what happened to their people and land after extending asylum to such brand of asylum seekers? Did they ever think that everyone had actually betrayed them because they were hospitable to the extent of being exploited?

Why does the myth that Pashtuns remained independent throughout their history still prevail? The ancient, medieval and modern history tells us that Greek, Huns, Persians, Mongols, Arabs, Uzbeks, British and Indians ruled Pashtuns for centuries and they remained subjects of empires as distant as the present day Greek, UK and as near in the neighbourhood as Iran and Tajikistan?

Another myth that needs to be looked at is that the Pashtuns are great warriors and that they have conquered and ruled foreign lands for centuries. History tells us that with the exception of the Indian subcontinent, they never ruled their neighbours in Central Asia or China. Why did they always invade India and why were they shy of crossing the borders of Chinese empires and their Central Asian neighbours?

Another myth that was not only promoted by Pashtuns themselves but also by their foes (so that to use them and to shed their blood whenever needed) is that Pashtuns are the bravest people on the mother planet. We can’t deny the fact that Pashtuns are brave people but as a matter of fact history does not prove this myth. It may be very hard to digest but the fact is that throughout history, at certain points, they got defeated and accepted foreign intruders as their masters. In the current situation, they failed to fight back against a handful of Taliban, instead they preferred to be IDPs.

Other burning questions that need to be explored at the national level are homogeneity between Pashtunwali and Islam. Are both of them homogenous? If yes, then why do Pashtuns say that Pashto (Pashtunwali) is the fifth religion? Why are personal enmities and matters of honour settled down under codes of Pashtunwali instead of Islam?

Why did customs of revenge or badal, swara, mirata, walvar, etc, prevail over Islamic codes? If they are not homogenous, then in case of selection, what will be their choice -- Islam or Pashtunwali?

If the answer is Pashtunwali, then how will they manage to protect it in the modern world where human rights and security are major issues? If the answer is Islam, then is Islam capable of protecting them from miseries, occupations, and underdevelopment? Are Pashtuns custodians of Islam? If yes, can they protect and promote Islam? If the answer is still yes, then what kind of power, technology, material and human resource, means and weapons they have to prove their worth?

A wise and brave leadership plays a pivotal role in uniting, organising and modernising nations. Do Pashtuns have the leadership that could help them out of the present-day situation? Do the people who claim as leaders of Pashtuns carry the qualities and wisdom of a true leadership? Is there anyone among them as wise, sincere, honest and patriot, like Mirwais, Ghazi Amanullah Khan, and Ghaffar Khan?

Is there anyone among them who can unite them and lead them at this critical juncture of history? Do the abandoned heirs, failed politicians, and pseudo-intellectuals are capable of leading Pashtuns in the present day context?

Are they not capable of establishing relations and making friends within the international community? Are they incapable of producing diplomats and statesmen who can promote and protect their interests? In fact, they do not have anyone among them who can put their ‘case’ with wisdom and diplomacy.

Pashtuns have to think about all these questions and they have to sit down in IDP camps, hujras, mosques, homes, streets, offices, tea shops, seminars and conferences not only within their own society but also across the world. They need to scrutinise their thoughts, culture, taboos, traditions, customs, values or Pashtunwali and religious beliefs.

They need to explore all these questions at all levels of society. Those who can should speak out and tell their people how to survive and to adjust themselves in the modern world to survive with dignity and peace.

This is the time for Pashtuns to think, plan and speak up. Martin Luther King Jr. once said that "In the end, we will remember not the words of our enemies, but the silence of our friends."