Instep reflects on artists who deserve our undivided attention 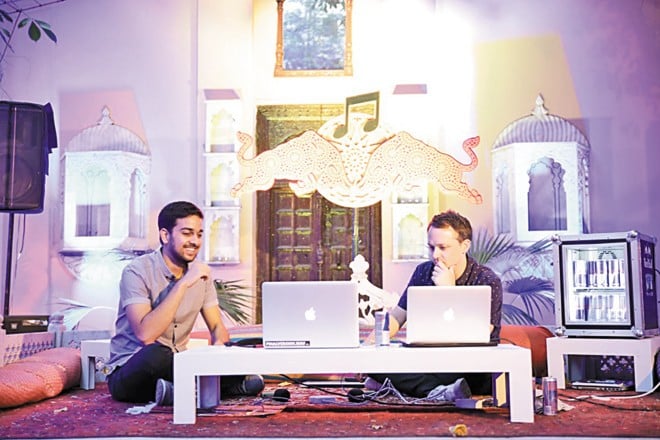 The strange thing about living in the Internet age is that far too often, you will encounter people who manage to make a lot of news but have no discernible talent to speak of. It isn’t even a question of morality or self-righteousness that plagues our entertainment world but one of talent and skill. So, moving away from "internet sensations" who create sub moronic content, let us, for the moment, focus on artists who do more than just talk tall tales.

If 2015 was a fabulous year for indie-alternative music, 2016 has begun on an equally rewarding note. While mainstream music is celebrating the return of Noori (with a new album) as well as the report that Coke Studio, now in its ninth season, will feature multiple producers for the first time (with Strings serving as executive producers), the indie music scene is also brimming with several noteworthy stories.

One such story is of The Dosti Music Project, an initiative of the U.S. Embassy in Pakistan, which brings together musicians from India and Pakistan and the United States who, during the course of a month long residency and tour of the United States, collaborate, play, learn and explore. This year’s fellows from Pakistan include a diverse list that includes Mohsin Abbas, Iftikhar Ali Khan, Tanzeem Haider, Zeerak Ahmed (Slowspin), Danish Khwaja (Fat Bird, Manto soundtrack, Mai Dhai band) and Anil Sunny.

Slowspin, a personal favourite, an experimental artist from Karachi, has proven herself to be a thinking artist who expresses herself with music in a way that is visceral, mystical and timeless. With several EPs to her name (Between Shadows in Water, Biome, Nightfalls Reverie), Slowspin is required listening for anyone who is looking to enter a space that will provide solace – only if you pay attention.

2016 is also the year when the Red Bull Music Academy officially made its presence felt in Pakistan with a curious event. Hosted by Nick Dwyer, the ‘info session’, held at Haveli Barood Khana in Lahore, featured two RBMA alumni Noahs Heark (Ziyad Habib) and Tollcrane (Talha Asim Wynne) who shared their experiences and stories. Noahs Heark attended RBMA in Paris, circa 2015 while Tollcrane attended RBMA in Tokyo, circa 2014.

Also representing Pakistan on the world map is Usman Riaz, a TedGlobal fellow who is currently working on an animated feature film called The Glass Worker. Riaz is raising funds via Kickstarter for his film which has the unique honour of being Pakistan’s first fully hand drawn animated film. The film will be produced under Mano Animation Studios, which is founded by Riaz and includes a contingent of other animators, designers, etc from Pakistan, Malaysia, the US, and the UK, in a bid to take develop the hand-drawn animation industry in Pakistan and beyond. Since the news of this project has become public, Riaz has raised over 75,000 dollars and needs to raise another 100k. As for the film’s story, it is about the effects of war and conflict on children. And so far, the images coming out The Glassworker (seen on their Facebook page) are absolutely gorgeous. Emotional and haunting, it simply goes to show the mighty talent of one Usman Riaz.

And while we’re on the subject of cinema, it seems two of music’s hugely popular, nostalgia-inducing, heart-warming acts, that is Nazia Hassan and Alamgir, are each getting a biopic. While the Alamgir biopic will feature Fawad Khan as the singer, it remains to be seen who will essay Nazia Hassan. The news of the biopic is authentic given Zoheb Hassan’s admission on social media and though Alia Bhatt has showed keen interest in the role, it remains to be seen if she will actually bag the role.

Speaking of films, Pakistan’s once-legendary, now-confused (?) Sufi rocker Salman Ahmed took the plunge into the world of Bollywood with the atrocious-looking film called Rhythm. Not only does this B-grade film feature Sufi Sal in a cameo but also on the soundtrack with a tune called ‘Kaise Bolun’ which is easily one of the worst things to release in this world.

In new releases, the artist to look up is Zeb Bangash whose appearance on the soundtrack of Bollywood film Fitoor sounds like a dream. After singing for films like Madras Café and Highway, Zeb’s beautiful voice on Fitoor will charm you, much like most of her work.

Also worth noting is Nawksh’s upcoming EP called Oracle Girl. One song from the EP, ‘You Are The One’ is out along with a really cool, slightly tipsy-meets-static video that you can find and get hypnotized by on YouTube. Also look out for Tollcrane’s EP, Trips Alone, which is being released by Hear Now Records, later this month.

Rap sensation Adil Omar, who recently represented Pakistan at SXSW 2016 in Austin Texas, alongside longtime collaborating force, Talal Qureshi) and played alongside Diplo in a show in Islamabad, is back with a new EP called Margalla King.

And while Storm in a Teacup, the music festival spearheaded by Jamal Rahman will not happen this year, the hope is to bring it back next year. In the meantime, Lahore Music Meet is still happening (next month) while Saif Samejo of Lahooti Live Sessions and The Sketches is spearheading a music festival that will take place in Hyderabad this April and will feature participation from artists as diverse as Mai Dhai, Noori, Arieb Azhar and many more.