Those who have seen the theatre know the excitement of the greatest Shakespearean tragedy being staged on it, of envisioning Hamlet contemplate "to be, or not to be" 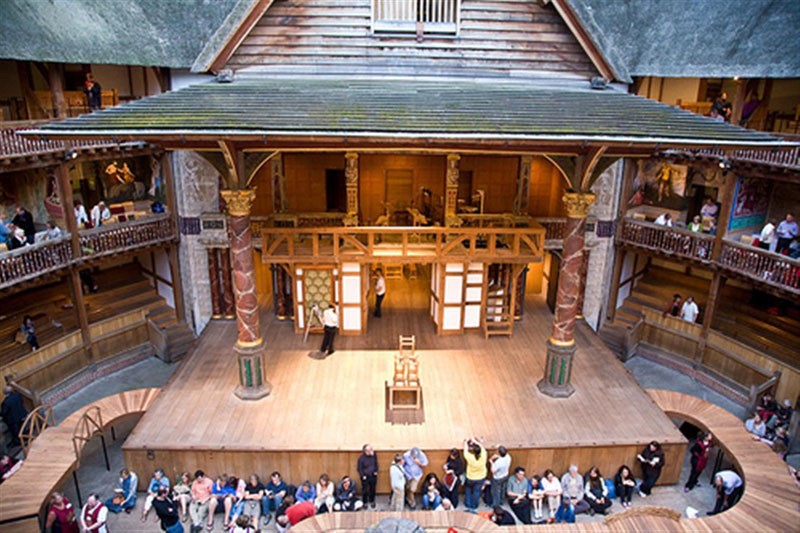 "To go, or not to go?" That’s a question far less existentialist but undoubtedly very important in nature, one which many people have been pondering over ever since they learnt Hamlet was going to be staged at the Kinnaird College for Women University on April 1.

For theatre lovers, the latter part of this predicament most definitely makes no sense as Globe Theatre coming to Pakistan is an especially rare opportunity -- one that needs to be availed at the soonest possible!

Not to go? Huh? For the enthusiasts, here is the inside story: the globefeed, if you like.

It all started at the beginning of March this year, when the KC Principal Dr Rukhsana David and the Dramatics Society Advisor and Head of the English Literature MPhil Department Dr Nadia Anjum called a meeting of the Council Advisor Dr Sheeba Alam alongside the Executive Council and teachers from various departments at KC.

Oblivious to the fact that this meeting was about to get really exciting I stifled a joyous scream upon learning that professional Shakespearean Globe Theatre’s actors with different nationalities were going to perform at Kinnaird’s glorious Perin Boga Amphitheatre. (Being an actor myself, I was disappointed to find out earlier in the year that Kinnaird was not going to host an Annual Play this year.) Little did I know that the Najmuddin Dramatics Society was planning on surprising its actors and students and the whole of Pakistan with the performance of a lifetime. Oh, those sneaky little joy givers!

Miss Asma Niaz who alongside Dr Anjum has directed many plays staged at Kinnaird was appointed the head of the exceptionally skilled and dedicated team comprising teachers and council members. Divided into separate committees these ladies started throwing in ideas for the security, seating, ticketing and sponsorship of the event.

Never have I envisioned a more powerful bunch of accomplished ladies working together with elegant determination, each playing her part in speeding towards the triumph of a common goal. I evidently felt insignificant sitting amongst such legends.

The job assigned to me before the actual event was the cleaning of the Amphitheatre which on a normal, sunny day is beautiful but on a windy, slightly rainy day is nothing below magnificent.

I envisaged the theatre which had mostly been used for concerts as waiting for its moment of glory, for a performance just as big as this one. To me it seemed like it had been in anticipation of a moment like this a long time now and it was finally going to get it.

This piece of information was certainly not lost on the OAKS (Old Associates of Kinnaird Society) that giddily bought Silver, Golden and Platinum tickets on the Old Students Day Saturday last. Those who have seen the theatre know the excitement of the greatest Shakespearean tragedy being staged on it, of envisioning Hamlet contemplate "to be, or not to be". So luckily, we have an answer to this much less complicated but life changing question, go! To go, to create your own memory of the theatre it is!