On a dangerous path 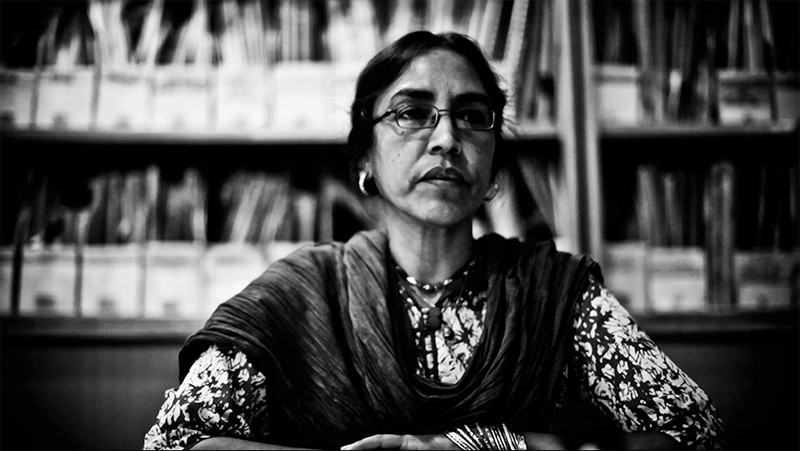 At the third death anniversary of Perween Rahman, Director Orangi Pilot Project (OPP), observed on March 13, 2016, at Karachi’s PMA House, speakers emphasised why justice continues to evade this case. They described her killing as a classic case of collusion of the mafias and the state against individuals and organisations working towards improving the lives of the poor.

All speakers were unanimous that her killing and the slow pace of investigation was a message for human rights defenders and community activists to "stay in limits".

Her lawyer, Faisal Siddiqi, highlighted the challenges faced during the course of the legal proceedings, which included getting the police to take an interest in resolving the case and disassociating itself from elements in their own department, eager to cover the murder. The role of Rehman’s sister, Aquila Ismail, in pursuing the case comes across as the single most important factor behind the sustained momentum of the case, despite a passage of three years.

During the course of these years, unknown assailants have attacked a number of human rights defenders. These include OPP staff member Waheed (killed two months after Rahman), head of research at OPP Saleem Alimuddin in January 2014, and lawyer Rashid Rahman in Multan in May 2014. This is in addition to a number of lawyers and journalists killed in the line of duty on a regular basis.

The case files of these attacks are gathering dust in the police department. Ismail and her team’s untiring resolve to seek justice for her sister is a stark reminder of the demands that Pakistan’s flawed justice system makes on the families of the victims of target killings.

Human rights defenders, civil society actors, activists, trade union leaders and professionals involved with social causes find threats as an occupational hazard. However, Rahman’s case, attempts on her colleagues’ lives, killing of a member of Karachi-based organisation Shehri’s Nisar Baloch in 2010, followed by two attempts on the life of the organisation’s Founder President Navaid Hussain, and the 2011 murder of Pakistan Fisherfolk activists, Abdul Ghani and Haji Abu Bakar are a demonstration that threats can materialise into actions with much impunity.

Pakistan’s rising urbanisation has emboldened land mafias and vested interests. Though no arrests have been made in Rahman’s case, investigation points to the elements linked with land mafia that had no tolerance for her work that facilitated acquisition of land entitlements to the poor communities. This is in addition to her focus on women’s empowerment through microfinance initiatives.

Those seeking to challenge this mafia -- as done by OPP and Shehri in Karachi and civil society actors opposing metro project in Lahore and Islamabad -- find themselves at the receiving end of varying degrees of threat, depending on the power and capacity of the mafia and the strength of state administration.

This also is true for journalists reporting on links between land mafia and criminals.

Drawing from Perween Rahman’s case, it is important to understand the nature of such threats and the factors that enable their execution and impede justice at the same time.

Roland deSouza, former Chairman Shehri, feels that any action that causes loss to mafia groups is bound to generate harsh reactions. "When you take on a fight, they will first try to bribe you. When they don’t succeed, they either threaten or launch an attack on your life."

Dr Noman Ahmed, Professor and Chairman at NED University, who himself was once threatened for writing on a similar subject, says even writers and columnists writing on these issues face threats.

Mohammad Tahseen of South Asia Partnership says the nature of threat is different in Lahore. As he and fellow civil society actors have been engaged in resisting the Orange Line project, he recalls lighthearted punches thrown their way during engagement with government officials: "You are too much of an idealist". He shares: "When we go to court hearings, we see people from Intelligence Bureau expressing an intimidating body language, but it is certainly not life-threatening."

Farooq Tariq of Awami Workers Party (AWP) recalls a similar experience while he was engaged in the Okara peasants movement in early 2000s. "One Colonel Tahir, head of Military Farms, straightaway walked into our office and had a very threatening tone. At another time, General Hussain, Head of Rangers at that point, visited us and kept flitting between friendly talk and intimidating tone as he persuaded us to withdraw from the matter?"

The AWP was also actively involved in resisting the demolition of I-11 slum areas of Islamabad last year. There was no report of threats made during the course of that engagement. However, this may not be the case with those reporting on land grab cases in Islamabad by powerful actors such as "Taji Khokhar and Bahria, among others". A seasoned crime reporter, requesting anonymity, confirms receiving threats for his consistent coverage of the subject. He also points to the possibility of the involvement of land mafia behind the killing of journalist Raja Assad Hameed in 2009. His case stays unresolved.

There is unanimity of view among all those interviewed, that turning to the law enforcement agencies does not help. "In the US, if you lodge a complaint with the police against a threat, they will investigate the matter and nab the culprits. Over here, if a maulvi threatens you, the police would provide you with a guard rather than arresting the maulvi," says deSouza.

Farooq Tariq too thinks that taking police guards may actually invite more danger. The reporter points to the deficits in the judicial system that strengthen the culture of intimidation and violence against those involved in resisting the land mafia.

Another factor that has a role in threats becoming a reality is the level of solidarity, capacities and strategies of fellow civil society organisations. While Roland deSouza feels that executing such threats in Karachi is easy because of the divided polity of the city, Dr Noman Ahmed seconds him citing the case of protests against Lal Masjid in 2014-15, that despite being a volatile issue, it did not lead to any grave threats against those participating in the demonstrations. "Islamabad’s state apparatus is much stronger than that of Karachi".

However, Dr Noman adds that civil society’s solidarity for the victims matters the most. "We experienced this in the Lyari Expressway Case. Our colleague Baseer Naveed lost his son because of his engagement with resisting the project. There wasn’t much support from the civil society probably because they thought that the issue concerned very limited people."

Sharing his experience, Tahseen says that civil society’s solidarity is a critical factor in keeping a check on the elements that seek to use violence to suppress such resistance. "In Lahore, we do not do anything in isolation. It is therefore difficult for the administration or the non-state actors to directly challenge us. Moreover, the Punjab is a relatively close knit society. One always ends up knowing somebody from the opposite group and there is always the possibility to negotiate. It also helps with facilitating our activism. For example, during the course of our engagement on the Orange Line issue, we had a number of architects working on government projects and former government officials supporting us with our protests. This discouraged the administration from becoming aggressive with us.

He says that it helped us with access to maps and other related documents from the government corridors. "Most importantly, working collectively entails shared responsibilities. During the Orange Line protests, we worked much more effectively as we took responsibility for different aspects of resistance."

Those working in Islamabad may be able to relate more with the impact of the divided polity in resistance against the land mafias. Dr Noman cites the case of one particular real estate projects in Islamabad that faced no resistance despite there being "no legal and moral ground in the phenomenon of acquiring land through illegal means and selling it off as estate property." The reporter seconds him. "Despite the city being a hub of national and international NGOs, one sees very limited interest and activism on their part on the excesses of land mafias or even on civic issues. This speaks of the selfishness of the civil society."

Looking at the effectiveness of collective action in Lahore, the need for a similar display of solidarity cannot be emphasised enough. As Dr Noman puts it, "The difference between Rehman and Shehri’s case is that while Rahman did not talk much about the threats directed at her, people at Shehri had the opportunity to sit together and discuss a strategy."

Advising his Karachi colleagues to work collectively and draw support from shared capacities, Tahseen, emphasises that the courageous few need to be more forthcoming, as those who are intimidated by threats can actually discourage an effective handling of the situation. "It is very important that people stand by their principled position even if there are political differences. When strategically approached, these threats can be responded to, as we see in Perween Rahman’s case."

On a dangerous path