Is launching of the Pakistan Sarzameen Party a miscalculated move? 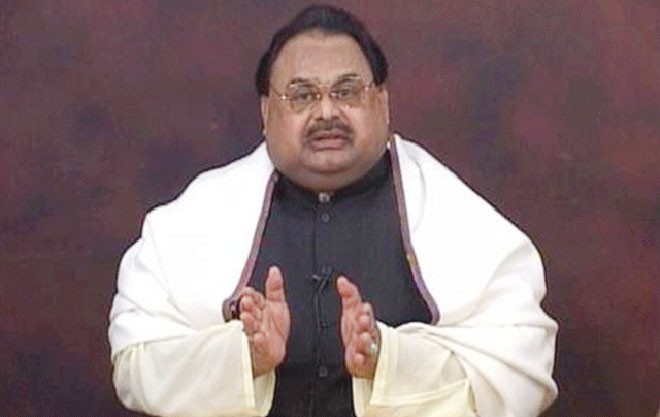 There is little doubt that Altaf Hussain has commanded his party like a godfather. But, given Karachi’s many ups and downs, perhaps, that was the only way to keep the MQM going in a city where no group could exist without strong arms tactics.

At a time when policing is weak, money extortion is a major economic activity and terrorism is the biggest threat not only for the city but also for the country, the MQM has no choice but to gear up for yet another survival battle -- and face the ongoing Karachi operation. Earlier, extremists were booked for terrorism, but, now, a PPP leader, Dr Asim Hussain, and several MQM leaders have been booked for terrorism.

In such circumstances, if the battle takes a violent turn it would jeopardise the economic opportunity that has given hope to the country with the launch of CPEC (China-Pakistan Economic Corridor). After the recent local body elections in Sindh, it was hoped that they would start functioning as soon as possible. Instead the biggest political winner in the local body elections, the MQM, is subjected to an arbitrary Rangers rule.

Karachi is without representation in the governance structure of the country. Its legitimate representative political group, the MQM, is facing a split within its own ranks. Many observers call it a conspiracy of the Establishment. They also say the MQM is most likely to survive this phase of tough time. However, its nemeses believe that it was high time to highjack its leadership when Altaf Hussain is in precarious condition due to his bad health. If the splinter group had hoped on his bad health then their hope has been dashed; however, the hopefuls have some factors to count on.

Meanwhile, Dr Imran Farooq’s widow is an ardent supporter of Altaf Hussain despite the widely held suspicion by his opponents that he could have ordered his murder.

The circumstances clearly indicate that Altaf Hussain is not likely to face any charge with regard to Dr Imran Farooq’s murder. However, the money laundering case may create problems for him, for a large amount of cash was recovered from his residence.

Under the UK laws, the onus to prove he is not guilty is on the accused.

This is a law which even the English lawyers consider draconian, as it is different from other laws in which an accused is considered innocent unless proven guilty. However, if Altaf Hussain proves that the money recovered from his premises was donation then the burden of proof would be on the police -- to establish that either it was not donation money or it was proceeds of some illegal activities, such as extortion, robbery or terrorism.

At present, with the available information and evidence provided by the Pakistani authorities, it would be very difficult for the Scotland Yard to prove either that it was not donation money or it was proceeds of some illegal activities, such as extortion, robbery or terrorism.

In such circumstance, when a London court will hear the money laundering case against Altaf Hussain, the Scotland Yard will have two main options: either drop the charges or charge him. If the charges are dropped, then Altaf Hussain will have no case.

However, if he is charged, he will have an option to fight his case on the ground that it was donation money and not proceeds of some illegal activities. In that situation, the jury normally has a lenient view of the case and, at the most, confiscates the money police recovered from the premises. In the end, he may go home.

So, when the case of money laundering is heard towards the end of April, Altaf Hussain may be out of the woods.

In this perspective, the launching of the new splinter group, Pakistan Sarzameen Party (PSP), led by Syed Mustafa Kamal, has crashed even before it took off for two reasons: first, Altaf Hussain appeared on social media showing himself healthy and dancing. The splinter group seems to have been under the impression that Altaf Hussain is dying and it was the best time to hijack the leadership. Second, the splinter group thought that Altaf Hussain would be convicted in cases against him when they launch the PSP. Circumstances suggest that is unlikely to happen.

To the chagrin of Altaf Hussain’s nemeses, he is healthy and unlikely to be charged.

Hussain has also appointed Nadeem Nusrat as the head of the MQM Supreme Council. He is a person disliked by the Pakistani establishment.

Regardless of the outcome of the launching of the MQM’s ex-members’ new political party, Karachi may pass through another spiral of violence. The only way to steer Karachi through this bloodbath is to recognise the legitimate political mandate of the MQM to govern the city as it has emerged the largest party of the largest industrial city of the country.

Pakistan’s stakes are too high. If the security agencies of the country decide to get rid of the MQM, then the last vestiges of secular polity of the city would be at risk and so will the chances of harnessing benefits from the economic bubble. The choice is straight!