A book about an unknown aspect of the Indian culture, making it relevant to scholars of history and anthropology and yet accessible to everyone 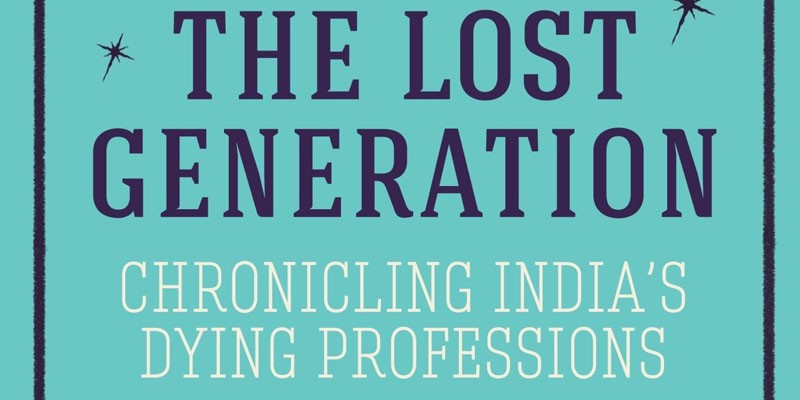 It was probably around the time when my grandfather was a young man that this tradition faded away. This was sometime after partition. My father learned through his father that one of our ancestors, not many generations away, was a Hindu by the name of Ghasita Ram. My father tried several times, asking elders from the village about any more detail of our family history, but no one could add to his knowledge.

The tradition of miras had ended before he ever came of age. There used to be a few Mirasi households in every village, who would keep an oral record of the prominent families of an area. It must have been through these Mirasis that my ancestors learned about their ancestors. There still are Mirasis living in our village, but they are no longer keepers of tradition. The word Miras means inheritance. Since Mirasis had knowledge about the family histories of different families, they would also act as witnesses in inheritance disputes; hence the title Mirasi.

With the introduction of Land Revenue Reports and Land Revenue officer, this particular job of the Mirasi became irrelevant. In this way, we not only lost a part of our culture but also aspects of history that were never recorded. Stories of the ancestors, histories of smaller villages, were lost forever with that generation.

Nidhi Dugar Kundalia’s book The Lost Generation: Chronicling India’s Dying Profession documents these historical and cultural professions of India that are slowly fading away. One of the chapters is that on the genealogists of Haridwar. Here she meets and interviews Mahendra Kumar Panda, a professional genealogist, whose family has been keeping records of families for generations. She talks about how different genealogists are divided on the basis of castes and geographical locations. A yatrawwal, a guide, after finding out about one’s caste and ancestral village is able to guide a family to their relevant genealogist. Like the Mirasis, the Pandas too used to resolve legal disputes.

Similar to the case of Mirasi, this profession is slowly dying. Due to lack of monetary benefits, the younger generation is moving into other more lucrative professions. Haridwar being a major pilgrimage city, many locals now have opened up hotels or work as tour guides. Another blow to the profession came with the scientific development. With the emergence of archiving and record keeping, genealogical records, which were the prize possession of the Pandas have now been democratised, essentially making their profession obsolete.

What makes Nidhi’s book remarkable is the way she has dealt with such an important topic. The book could have easily lent itself to be an academic work, given the nature of her research. However, Nidhi wrote it as a travelogue, personally engaging with the road, the people and the area. In this way, the reader travels along with the author, sharing her journey and her fascinating discoveries. Not only has Nidhi been able to highlight an unknown aspect of the Indian culture, which makes her work relevant to all scholars of history and anthropology, but she has done it in a way that makes her book and her topic accessible to everyone. This stands in contrast to academic work that only caters to a specialised audience.

While highlighting such remarkable stories and doing so in a manner that makes it accessible to a wide audience, nowhere does the writer compromise on the quality of language. Her prowess over the language makes this book a delight to read. She picks her words carefully and crafts her sentences beautifully. Through her language, the reader is able to get inside the head of the author and experience her transformation as she is engaging with the stories. Instead of pretending to be an objective researcher and writer, Nidhi carries her baggage everywhere she goes, experiencing and then recording these stories from her vantage point. It is through the lens of an urban educated, English-speaking middle class researcher that the reader is truly able to appreciate the quaintness of these traditions. Not only does the author talk about these practices but also provides us with the sociological context of the societies where these professional practices thrived.

For example while talking about the Ittar wallahs of Hyderabad, she does a fantastic job in bringing to light the cultural milieu in which this profession flourished. Similarly, while talking about the Kabootarbaaz of Delhi or the Urdu scribes, she takes us back to the time when Delhi was the cultural capital of the Muslim world in India, when the Mughals too engaged in Kabootarbaazi. Having done that, she juxtaposes their world with that of the contemporary society and provides us with a context as to how and why these professions are no longer feasible in the modern world. She talks about how modern forms of entertainment are replacing the traditional forms, as elicited through her section on the storytellers of Andhra. With the advent of modern pipelines and bottled waters, how the iconic Bishtin Wallahs of Calcutta lost their significance.

The lost generation is a travelogue par excellence that not only takes us through the remnants of a few remaining cultural practices of India but also provides us with their historical and modern context. It is a personalised narrative, where the author is also as much part of the story as her stories. It is through her fascination and her discovery that the reader engages and is rendered spell-bound.