Back in business, the film industry now needs to find sustainability for guaranteed success 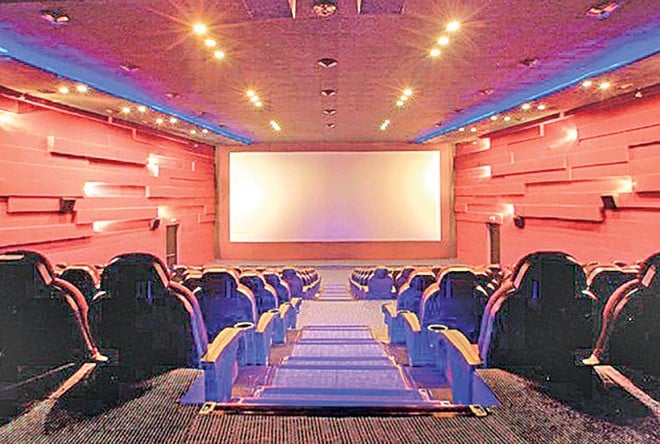 There is no denying that Pakistani cinema has literally risen from the ashes. From empty cinema halls showing sub-standard films to packed houses featuring a diverse line-up of local films in 2015, the film industry has surely grown - perhaps not by leaps and bounds, but significantly enough. 2016 is expected to be yet another year full of achievements as approximately 30 films are likely to see the light of day with each one of them promising to be unique in content - from contemporary takes on biopics and war sagas to rib-tickling comedies and political satires – the sky is the limit for this new breed of cinema enthusiasts.

To put it in numbers, collective box office figures in the country went up by 28 per cent in 2015 as compared to 2014 and, even though local films account for less than 3 per cent of the total (as per social media reports), this figure is only expected to grow. In fact, this year’s first official release, Ho Mann Jahaan, has already made it to the list of top five highest grossing films in the history of Pakistani cinema. While all these are signs of lucrative times ahead, it does feel ironic especially when filmmakers publicly claim that the films they are making are solely out of passion and they are not really reaping any substantial monetary benefits.

In order to help us understand the ambiguity of such statements, Hashim Raza, CEO of Cinepax Cinemas, explained the business model being followed for revenue distribution. "50 per cent of a film’s gross revenue is straight away taken by the exhibitor," shared Raza. "From the remaining amount, about seven to 10 per cent is the distributor’s commission. And the rest is what the producer ends up getting. Now if he/she has managed to make the film in less than that amount, obviously only then it’s been a profitable venture." In short, Jawani Phir Nahi Ani may have done a business of approximately 500 million in Pakistan, but that’s not the amount of profit that the producer made on his investment.

Many Lollywood hard-liners blame the influx of Bollywood films for low revenues, calling for a complete ban, when in fact it is Bollywood that has given Pakistani cinemas a new lease on life. Others blame the government for the lack of support. In an earlier interview with Instep, writer-turned-director Ashir Azeem urged for "a fundamental framework/national policy that protects the interests of local filmmakers and cinema". But while the government may be far from recognizing the Pakistani film industry as an economic driver, unlike China where state-controlled entities regularly clear release dates of foreign blockbusters to give domestic films free access to the audience, it does not take away from the relaxations that the state is already offering. Apart from making efforts on creating a lucrative business environment, the Pakistani government has not imposed any entertainment tax whatsoever for years now, other than the negligible withholding taxes on sales and income which "is paid on any business transaction between two entities," as Raza puts it, and which does not have any direct impact on ticket revenues.

While it also makes sense to clear out calendars on important release dates for local films (so as to offer more mileage to them), that can only happen if enough films are being produced for cinemas to continue doing well even in such exclusivity, or else it’s going to collapse like it did, post Zia’s regime. What then does the industry need to ensure long-term stability and sustainability?

At present, there are about 52 screens running in the country that have the technology to support the new form of digital cinema. Obviously, an increase in the number of screens will result in an increase in revenues, as films will get a wider audience to tap into. Case in point: China, which has about 28,000 screens for a population of 1.3 billion, has 15 new screens opening in the country on a daily basis - one of the reasons why the biggest movie outside US, last year, was a Chinese animated film Monster Hunt. Last summer, the Chinese box office hit the $70 million mark in one single day. While this may seem to be too ambitious for a benchmark, it validates the argument on having a higher number of screens within the country.

"The number of screens right now is too low," reflects Jami, the director of last year’s critically-acclaimed Moor. "Once this number reaches to 200, the feasibility for making films will change drastically because right now a good film with a budget of sixty to seventy million is only making a profit of two million. You can make more money than this just by putting those 70 million in a bank. Once the number of screens increases and this profit doubles, the game will change."

Cinema-owners are not oblivious to this and about 20 to 30 new screens are expected to open in 2016. However, notable is the fact that most of these screens are part of multiplexes that have a higher ticket price. Plush seats, contemporary settings and modern technology are all facilities that are costly and one has to pay a premium to enjoy them. But according to a recent report by PEW research centre, 97.6 per cent of Pakistan’s population belongs to the low-income class, which can’t afford to pay this premium. While some multiplexes like Cinepax include discounted matinee shows, the multiplex model, albeit an important one, is snubbing a considerable share of potential cine-goers. Even if some of them pay for a one-off experience that the multiplex offers, single-screen cinemas are still pertinent for sustainable growth.

That said, single screen cinemas also require a steady flow of local productions because with no regulations on piracy, Bollywood films can easily be watched on cable television for free. This need for growth in film supply leads us to our next requisite.

Number of studios and technical labs

Films like Waar, Karachi Se Lahore, Na Maloom Afraad and Zinda Bhaag have all been shot in Pakistan with the most updated technology, often imported from abroad. Many of them have also had to cross borders or go abroad for sound mixing and/or editing in absence of technical expertise and labs back home. There are also times when filmmakers may have to pay import duty on the treated product that they bring back. All of this adds up to the net cost of making a film and on top of that if you choose to shoot outdoors to give the film a more commercial appeal, that’s a major dent on the pockets of filmmakers who are making investments from home.

The options then are to either limit oneself to a shoestring budget or turn to sponsors, and in both cases, the quality of film is compromised, as we have witnessed time and again. Shah, though made with honest intentions, suffered in terms of resonating the feel of a film, whereas Dekh Magar Pyar Se looked more like a commercial.

"There are two parts to a business’ infrastructure. One part is the retail avenue, which, in this case, refers to cinema halls, and the other is a studio. We have started work on building cinemas but the other half is still non-existent," explains Nadeem Mandviwalla of Atrium Cinemas. "Once people start investing in studios, the overall costs will start decreasing. What would be better, going to ten different places for a product and finding everything in one?"

There is no doubt that this financial integration and investment is what Pakistani cinema needs for long-term sustainability but subjective uniqueness is also important in equal measure. As Mandviwalla puts it, "Four years down the line, an investor will only be interested in investment if the industry and its content is generating the kind of excitement films are meant to amongst audiences."

Right now, a majority of Pakistani films are more or less experiments and while some filmmakers like Sarmad Khoosat and Jami have managed to bring an original vision to screens, and have subsequently been successful in their attempt, others have resorted to rushed and lousy copying of Bollywood’s homework. The latter should not be the benchmark of our ambitions. Even if financial stability is achieved, it is the uniqueness of Urdu cinema and its ability to connect with the Pakistani diaspora globally that’s going to determine eventual success.