Notes from a diary

Having renounced poetry, Iqbal started jotting down his stray thoughts in a diary in 1910. A new Urdu translation of his diary has been recently published 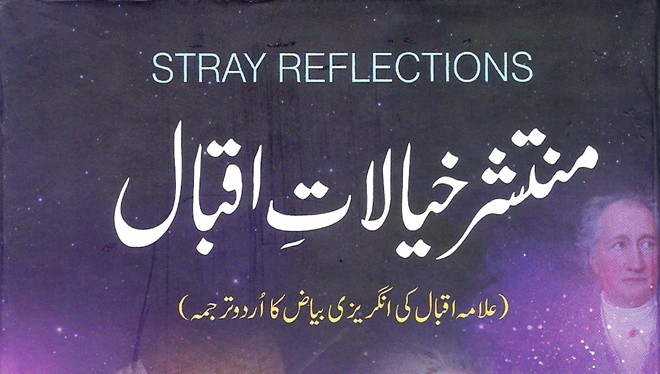 In 1910, at the age of 33, Iqbal was passing through a devastatingly emotional and extremely frustrating phase of his life. He had returned from Europe in 1908 after his PhD, and was now looking for a respectable job, preferably in a Muslim state of India, where he could express his ideas freely, without any fear of censorship.

In March 1910, Iqbal visited the Muslim state of Hyderabad Deccan, but to his utter disappointment, according to his own accounts, the Nizam of Hyderabad turned out to be a big sycophant of the British rulers. Iqbal returned to Lahore dismayed and disgusted.

On April 7, 1910, he wrote to his close friend and confidant Miss Attiya Faizi, "I do not wish to enter any service, my object is to run away from this country as soon as possible… My life is extremely miserable… As a human being I have a right to happiness. If society or nature deny that to me, I defy both… The only cure is that I should leave this wretched country forever, or take refuge in liquor which makes suicide easier. These dead barren leaves of books cannot yield happiness. I have got sufficient fire in my soul to burn them up and all social conventions as well".

In another letter to Faizi, Iqbal says, "I live a straightforward honest life: my heart is in perfect unison with my tongue. People respect and admire hypocrisy. If hypocrisy brings me fame, respect and admiration, I would rather die unknown and unlamented. Let the many-headed monster of public give their dross of respect to others who act and live in accordance with his false ideals of religion and morality. I cannot stoop to respect their conventions which suppress the innate freedom of man’s mind".

But Iqbal’s frustration and disgust is at its peak when he sends yet another letter to Attiya, saying, "I have no enthusiasm for poetry: I feel as if somebody has slain my pretty muse and I am left widowed of all my imagination. Perhaps the poem on Aurangzeb whose tomb I have recently visited will be my last".

These were the dire circumstances in which Iqbal renounced poetry, but he started jotting down his stray thoughts in a diary. He kept on writing these notes throughout the year in 1910. These hand-written notes in English prose kept lying unnoticed in the Iqbal Papers for more than 50 years. In 1961, twenty three years after the poet’s death, Dr Javid Iqbal, the son of Allama Iqbal, published these notes with a detailed introduction.

"This notebook" says Dr Javid Iqbal, "contains the germs of many of the major ideas which were developed and elaborated later in his poetical and philosophical works. It may be observed that he thought of history as a process, and that he believed that the spiritual and philosophical ideas of a community were largely the expression of its political environment. He also believed that the implementation of sound political structures was essential for the development of the character of a people. In his belief about the unique purpose of the Muslims in history, and his comments on the vital significance of good government for building up character, one can see the basis for his future insistence on the need for a separate state for the Muslims of the Indian sub-continent."
"To my mind," Iqbal writes in this notebook, "government, whatever its form, is one of the determining forces of a people’s character… Ever since their political fall, the Musalmans of India have undergone a rapid ethical deterioration… We are, I believe, still indispensable to the world as the only testimony to the absolute Unity of God."

But this note-book is not just a collection of his political beliefs; it is more like an album in which we see images of his daily life, the books he was reading those days, the people he met and the historic events that he was a direct witness to.

On April 20, 1910, he was among the lucky viewer of a unique natural phenomenon: Halley’s comet. Here is the relevant entry in Iqbal’s diary:

"Yesterday morning at about 4, I saw that glorious visitor of our hemisphere known as Halley’s comet. Once in seventy-five years this superb swimmer of infinite space appears on our skies. It is only with the eyes of my grandsons that I shall see it again. The state of my mind was quite unique. I felt as if something indescribably vast had been closed up within the narrow limits of my clay: Yet the thought that I could not see this wanderer again, brought home to me the painful fact of my littleness. For the moment all ambition was killed in me".

Some of the entries in Iqbal’s diary are really prophetic:

"The verdict of history is that buffer states have never been able to form themselves into great political units. So was the case with Syria, a buffer state between the Empire of Rome and that of the Persians. It seems difficult to forecast the future of Afghanistan".

And here is another entry about the conquest of Persia which is a real eye opener:

"If you ask me: what is the most important event in the history of Islam, I shall say without any hesitation: "The Conquest of Persia". The battle of Nehawand gave the Arabs not only a beautiful country, but also an ancient civilization; or, more properly, a people who could make a new civilisation with the Semitic and Aryan material. Our Muslim civilization is a product of the cross fertilisation of the Semitic and the Aryan ideas. It is a child who inherits the softness and refinement of his Aryan mother, and the sterling character of his Semitic father. But for the conquest of Persia, the civilization of Islam would have been one-sided. The conquest of Persia gave us what the conquest of Greece gave to the Romans".

After the first edition of 1961, the diary has run into several editions -- the latest being in 2012. The original English edition of 1961 had twice been translated into Urdu, but a completely annotated version with full notes was still a desideratum. Now Book Corner of Jhelum has published this new Urdu translation by Mian Sajid Ali, which contains not only all necessary foot-notes, but also the complete facsimiles of Iqbal’s hand-written original.

The only shortcoming one notices in this new translation is that after the publication of the first edition in 1961, some more stray reflections were discovered in Iqbal’s notes of 1917 and 1925, and they were added to the later editions. This additional material however is conspicuous by its absence in the present Urdu edition, which has come out as recently as March 2016 but limits itself to the contents of the original diary of 1910.

Notes from a diary 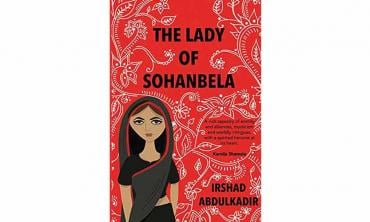 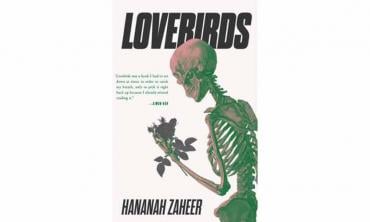 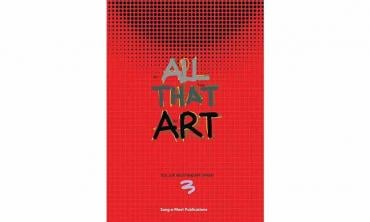