Why optimism about the state 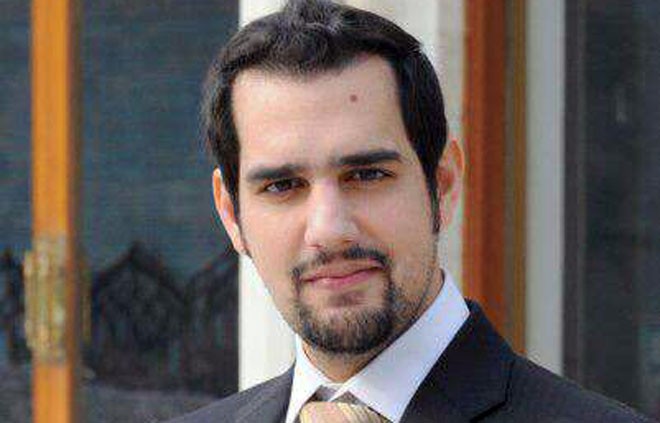 The life and death of the late Salmaan Taseer continues to shape Pakistan -- and the prevalent discourse. The script remains dramatic even as it retains its tragedies.

As Mumtaz Qadri was hanged, many celebrated an apparently new resolve of the state and its institutions. While there is no doubt that the state has made some progress, we need to be cognizant of the nuances here. Qadri was not the TTP -- he represented a different kind of violent extremism regarding a particularly sensitive area of the law in Pakistan. He was a servant of the state and so was not out to destroy the state as it exists. Even his crime’s so-called justification stemmed from what he perceived as criticism of state law -- enacted for a purpose ordained by religion. This is distinct from the state’s fight against elements who, in the past having been used by the state, are now out to destroy it.

His hanging represents the law of the land taking its course but it does not represent greater transparency by the state in its fight against terrorists out to destroy the state. So we should be careful about what we give the state credit for.

A few days later, a newspaper ran a headline announcing that the Army Chief had signed death warrants for a number of accused terrorists. Reading that headline, regardless of the law of the land (now reflected in the 21st Amendment), should disturb anyone living in a democracy. Sure, this is the law of the land now -- we respect it as the law but we do not have to celebrate it as a new or better direction.

Granted that violent extremism works like any subject of mutual interest: if A and B share some, but not all, interests they are likely to help each other to the extent that their interests overlap. So terrorist organisations would and did support Qadri’s cause -- but they would not have supported him serving the state in the first place. We cannot allow nuance to be a casualty when fighting violent ideas breeding and acted upon within the state’s framework and those without. The state is not necessarily more benevolent or sympathetic today to those aggrieved. It hedges its bets and shows us enough transparency in some areas -- allowing it to build the narrative that obscures transparency in others.

Many will fall for this -- indeed many have. But a constitutionalist must keep asking the tough questions. If the state demands loyalty, and indeed we as citizens pledge it, then answering tough questions remains the state’s responsibility. That is what the constitution demands of the state.

The other notable debate surrounding Qadri’s hanging relates to the death penalty. I have read multiple opinion pieces where people who generally oppose the death penalty have said that their faith in this stance was tested because of Qadri’s case. But why should that be so? If you assume a principled position, and one as testing as the anti-death penalty one, then why would you assume that sticking to the principle would be easy?

Why would you not tell yourself, when adopting this position, that people committing (and lawfully convicted of) horrible and grotesque violence will be awarded the death penalty too -- not just those facing miscarriages of justice. And that is where the strength of your belief shows. If you can say, hand on heart, that no matter how grave the crime, yes no matter how grave the crime, a person should not be given the death penalty, then you have really thought about the issue. Even if I disagree I will respect that position.

I am no anti-death penalty activist but I am interested, as a lawyer and citizen, in how arguments are made and play out. It is perfectly okay to be pro-death penalty -- I mean whether you agree or disagree the position is at least comprehensible -- but to be openly anti-death penalty and then fall at the first real hurdle does not augur well.

Had the anti-death penalty activists adopted an open position of resisting Qadri’s hanging, we could have seen a fascinating dialogue between those who thought Qadri committed no crime and those who thought he committed a crime but the state should not have the death penalty on the statute book. It would have brought the far right and left into some kind of contact -- there would have been lessons for both.

Another new development, and one that has brought joy to many in Pakistan, is the return of Shahbaz Taseer. His struggle and bravery will inspire a lot of people. But his return does not mean that the state is necessarily changing direction. Therefore while we must celebrate his return we must also ask tough questions about hundreds, if not thousands, who remain missing and abducted by criminal elements.

Criticism of the state should not mean that we do not celebrate Shahbaz Taseer’s return -- or worse blame him -- since that would be as ridiculous as saying that Malala should not be celebrated because other instances of violence exist. It only means that those who remain missing must receive support from the state in being returned to their loved ones.

The danger is that liberal voices (and I am not a liberal) will celebrate the state so much that they will give up the opportunity to keep questioning the state. The state will of course do enough things ‘right’ to make us believe that all is well and things are changing for the better -- that is why it is the state. Those who theorised about the state told, and taught, us precisely this -- why are we being naïve? Our constitution and our laws grant the state no such leeway -- it must remain answerable to the citizens and the requirements of the constitution.

If liberal Pakistan sees a victory for liberalism in the return of Shahbaz Taseer then I must, respectfully and strongly, disagree. Pakistan is not any more liberal or more secure for anyone today. Yes, celebrate the return of a loved one and one of Pakistan’s citizens by all means but the threats that imperil a more progressive Pakistan remain alive and well.

Naivety, alluring as it is, cannot be the answer here. It is one thing to cry "hope" when there is a legitimate basis for it. It is quite another to create "hope", because of a few instances, because you want to feel optimistic about the state’s direction. The state, as envisaged by the constitution, or our fellow citizens who continue to suffer are not served well by such naivety.

Why optimism about the state