A Pakistani’s account of the Beijing experience -- culture, campus, food and life 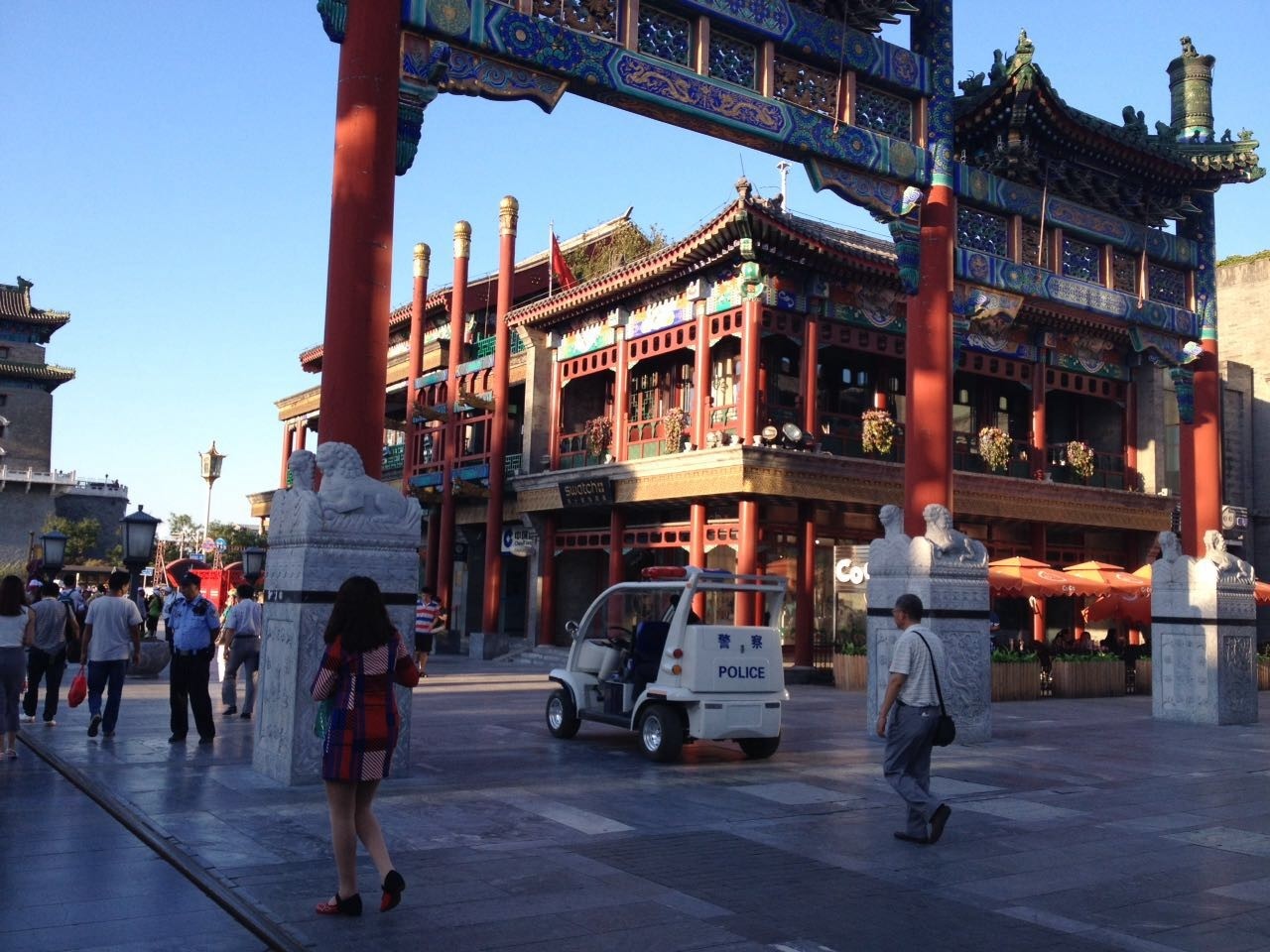 Studying International Relations in China was perhaps the most eccentric decision of my life. Myths about the ‘Middle Kingdom’ hurled at me from family, friends and random strangers only served to strengthen my resolve.

The two years in Beijing’s Tsinghua University has helped a long term career plan, different from my peers at LUMS with similar career aspirations, coupled with a unique cultural experience. That Beijing will become an intriguing passion in a matter of a few months was something I did not foresee.

First of all, for all those still nervous about visiting Beijing because they think the place is still stuck in the pre-1980s Mao era, it is time to revisit their perceptions.

One of the first surprises was the diversity the city has to offer. Especially Wudaoku, where I live in the North West of Beijing, is one of the most culturally diverse parts of the city with people from literally all over the world -- Europe, Africa, Americas, East Asia, you name it. This cultural diversity is also visible in my programme at Tsinghua ‘Chinese Politics and Foreign Policy’ boasting 21 nationalities between 35 students. Being the only Pakistani in this group, representing China’s closest ally, the experience has only increased my understanding of where the Pak-Cheen Dosti seems to be heading -- a question that is tweaking a lot of curiosity in today’s world of International Relations.

Unlike most of my classmates in Tsinghua I decided to live off-campus, sharing an apartment with Chinese flat-mates. This was a bold decision as well but the moment I entered my apartment, Gina my flat-mate came running to welcome me in ‘our home’. And ever since the day I moved in, I have always felt like I am coming home to a family.

This generation that went through the one-child policy is a fascinating one. Not having siblings is an odd contrast to a structure that thrives on family bonds and refrains from individualistic thinking. The idea of a civilisation state seems bizarre when you see all heads engrossed in their phones, and no trace of traditional clothes on Beijing’s streets. But it does become increasingly visible in the way most Chinese people conduct themselves -- gently, subtly and respectfully.

For those cursed with an insatiable travel bug like myself, street food, historic sites, natural sceneries, and of course, market places take priority over malls, metalled roads, and skyscrapers. And Beijing is a beautiful blend of both.

The variety of food is amazing. First, Chinese food is far from just bland and outlandish as popular myths would have you believe. From Sichuan’s spicy hotpot to Beijing duck with a bitter and sour tinge to it to Xinjiang’s appetising varieties of meat to Guangdong’s milder flavours for the finer taste-buds, the variety of cuisines is stupefying. The flavours vary from spicy to sweet. Mandarin Chinese has words to describe very specific tastes that we lack in both Urdu and English. Dog meat, donkey meat, cat soup, baby mice, and barbecued bugs are accessible for those who want to be adventurous. But they will not just land on your plate until you ask for them, I promise you.

Then there is McDonalds, Burger King and Qing Qing Fried Chicken to Red House Pizza and restaurants from all over the world with great fine dining experiences in the embassy area. If you walk along Sanlitun, live belly dancing, or an odd flamenco relishing a fine meal is a common sight.

A famous restaurant here in Beijing is Khanbaba -- a Pakistani restaurant always jam-packed with people, and not just Pakistanis. So for those who crave that dose of Pakistani food, Khanbaba is highly recommended.

My personal guilty pleasure has always been street food. Chuanr is my absolute favourite -- varieties of vegetables, meats and breads on sticks, freshly-grilled with cumin and powdered chilly to taste. If you are visiting Beijing, your trip will be incomplete without roadside chuanr.

Now to the actual tourist attractions my city has to offer. Starting from home; Tsinghua and Peking Universities, both located in the North East of Beijing, have beautiful and captivating campuses. Biking through the old gates, meandering through bridges, the bell tower in the middle of an island at the heart of Tsinghua’s campus, and lakes boasting a constellation of bright pink water lilies amidst statues of Ancient Chinese thinkers, are experiences worth absorbing. The West side of Tsinghua’s campus is the perfect place to spend a sunny afternoon appreciating the elegance of nature and historic sites with both Chinese and Gothic characteristics.

Another fascinating aspect is the Chinese love for the arts. A trip to Temple of Heaven on a Sunday will not leave you disappointed if you crave for that dose of spontaneous singing and dancing. It is common to see groups of people in their fifties and sixties absorbed in an intense duel of backgammon, playing hypnotically enchanting tunes on the Pipa or Erhu (traditional string instruments), singing hauntingly well-synchronised folk songs in the dozens, or dressed up like film stars dancing to Turkish-inspired music like no one is watching.

Each trip that I have made to the Temple of Heaven has been inspiring; allowing me to see how ordinary people come together to enjoy the finer things in life. And the best part is that they insist on foreigners to join in the fun, qualms-free.

The Nujie Mosque, dating back to 996 AD, is another famous tourist attraction that welcomes people of all religions and nationalities to appreciate the aesthetics of the Liao Dynasty. Hundreds if not thousands of Muslims from different parts of the world collect to pray together and recite prayers in a way that is distinctly different from what I have witnessed in the mosques of Pakistan. Like all dominantly Muslim neighbourhoods, the Nujie area is famous for excellent varieties of meat and the all-time favorite Uighur food.

Of course, the elephant in the room and wonder of the world remains The Great Wall of China, which makes for a clichéd but indispensable destination. If you wish to escape the riff raff and buzzing of the ‘people mountain people sea’, then the farthest part of the wall, Simatai, is recommended.

The Beijing Summer Palace, Ai Weiwei Olympic Nest, Hongqiao Pearl Market, Maliandao Tea Street, boating in the Beihei Park, to the streets of Gulou bursting with hutong houses are the traditional faces of Beijing that make for a great getaway on a holiday. And the best part is that Beijing is not heavy on the budget. An average dose of chuanr can cost you as low as twenty kuai (PRK 340). The city has a very comprehensive subway system that costs between four to five kuai one way and cabs are readily available at only double the price of our local rickshaw.

However, Beijing is not all rainbows and butterflies. Language is a problem; and a major problem at that. If you’ll ask for ‘one apple’ at a department store, chances are that nine out of ten times your request will be reciprocated by a blank stare. Menus and posters are all in Chinese and taxi drivers do not speak English.

But translating applications like ‘pleco’ do the trick. And Chinese people are used to sign and body language to communicate as I have learned the hard way myself, still struggling with elementary Chinese. Foreigners or even Chinese who can speak both languages are more than happy to help out. So my advice is: DO NOT freak out. Just stay calm and enjoy the experience.