A case of classic neglect 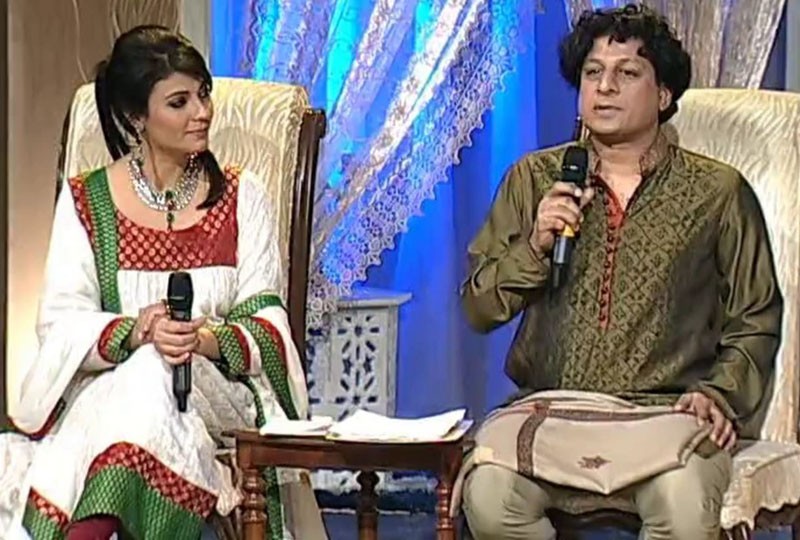 Often criticised for not promoting classical forms of art, the authorities at PTV have yet again taken another unwise decision -- of discontinuing ‘Firdos-e-Gosh’. While serious efforts are required to save the deteriorating future of classical music in the country, the state-owned tv channel’s move has come as a drastic blow.

It is rather distressing to note that mundane remixes and cover songs produced by corporate studios to lure the guitar-fixated westernised youth are popularised by tv channels whereas a classical music programme has been suspended.

Shutting down a programme like Firdos-e-Gosh does leave one wondering if the decision was based on some kind of prejudice against classical music or just a plain lack of cultural sensitivity.

"The youth in Pakistan is stuck in a dilemma. A sound resolution is needed for Pakistan’s self-inflicted identity crisis which is a result of falsifying history and making allegorical connections with either the Western or Middle Eastern culture while denying everything that is Indian," says Faheem Mazhar, the man behind Firdos-e-Gosh.

It was in the UK, where Mazhar was teaching music at the University of Central England in Birmingham, that he explored different mediums and dimensions of arts.

"I realised that music could be amalgamated with many other art forms. Music is frequently combined with other mediums such as poetry and dance to make it easy for the listeners. I thought, why not use music itself as the main focus to promote it?" says Mazhar. With this idea in mind, Mazhar came up with Firdos-e-Gosh as an integrated platform for all art forms.

The programme had broadcast episodes on thirty distinct Hindustani classical ragas. Each segment was dedicated to a specific raga but was not only limited to the pure classical khayal gayeki. Other genres of light classical music such as ghazal, geet, thumri, kajri, kaafi and qawwali were also explored in the same raga.

"The major challenge was to create compositions in other genres using the same raga. The practice required taking into account other factors like lyrics, feel of the raga and music arrangement," tells Mazhar.

Mazhar claims that it was the first time in the history of Pakistan that a programme educated the audiences about the art and science of classical music, facilitating an appreciation for deeper philosophical values in music.

"The programme was readily watched in Pakistan, India and abroad. The huge response on the social media meant that it was in fact making an impact by educating the masses," says Mazhar.

All the episodes commenced with Lakshan geet -- simple compositions that described the characteristics of a raga in the lyrics such as the ascending and descending notes, time of singing etc. It unleashed the talent of young performing artistes. Also, an interesting concept of painting the ragas was introduced. During the live performances, artists were tasked to paint the ragas depicting certain moods, characteristics and emotions they embodied. Similarly, some sessions focused on classical dance performances by the likes of Nighat Chaudhry.

All the performances were followed by a session devoted to discussion and commentary. Acclaimed musicians, musicologists, artists and scholars such as Parvez Paras, Ghulam Haider Khan and Badaruz Zaman were invited to comment on the performances, followed by a detailed discourse on the history, theory and technicalities of ragas and classical music.

Why does Mazhar think the programme was suspended?

"It was abruptly discontinued without any prior explanation or notice. The excuse was to introduce a "brand-new concept"," he says.

"Through Firdos-e-Gosh, our team proved that classical music has scope for experimentation, innovation and creativity that can attract young listeners and artistes," he says.

Apart from financial constraints, he states the main cause for concern was finding instrumentalists. Not having received their due acknowledgment, fewer people are now encouraged to play or learn the eastern instruments used in classical music. "If the government doesn’t devise a cultural policy to preserve classical music, we might have to import sitar and tabla players from our neighbouring countries in the near future."

Eminent musicologist and author of three books on music, Ustad Parvez Paras, who is also present during the conversation says, "Classical music has stagnated in the present times because of the lack of interest shown by state. Firdos-e-Gosh was an exceptional endeavour that will be remembered as a historical reference by the future generations in Pakistan."

Is it safe to assume that classical music is a dying art form today?

"Something that has survived for centuries will not die out or fade away in the future. It has taken a backseat since there are no proper channels to promote it in Pakistan. Also, classical music in Pakistan has wrongly been associated with certain taboos to defame it," says Mazhar.

He explains that the music of the subcontinent has its roots in the five thousand years old Vedas (old Hindu scriptures). Muslims have also contributed and shaped the art form in many ways during the Mughal period. However, there are several socioeconomic reasons and political motives behind the negligence towards the ancient form of music in Pakistan. Besides, the hegemony of classical music gharanas (system of organisation that links musicians by lineage and by adherence to a particular musical style) has also kept music isolated by restricting it to families instead of popularising it.

The current generation is not interested in classical music which is considered to be one of the causes of its decline. Was this the reason behind closure of the programme though?

"We received an interestingly refreshing response from the younger people. There are many programmes promoting western music in Pakistan. How many channels in Pakistan encourage programs on classical music? How can you expect to develop a target audience for something by keeping it away from the people?" asks Mazhar.

He says there are about 300 more ragas that he wanted to feature in the programme. "If any other channel shows interest, I would love to introduce the rest of the ragas just for the sake of promoting classical music among the youth."

GM PTV Lahore Basharat Khan denies that there is any conspiracy at work. "It is up to the management to decide whether it wants to continue with a programme or not. It is the decision of the headquarter and it can move the programme to another centre or replace a music programme with drama if it feels like."

Khan says their job is only to produce a programme. "If the management thinks the programme is not up to the mark (programme main jaan nahi rahi), it can change it any time it likes.

"It is not important that a particular programme must continue endlessly. Besides we have music in other shows like Virsa, Tariq Aziz Show, a Punjabi language show and a children’s show," he concludes.

A case of classic neglect