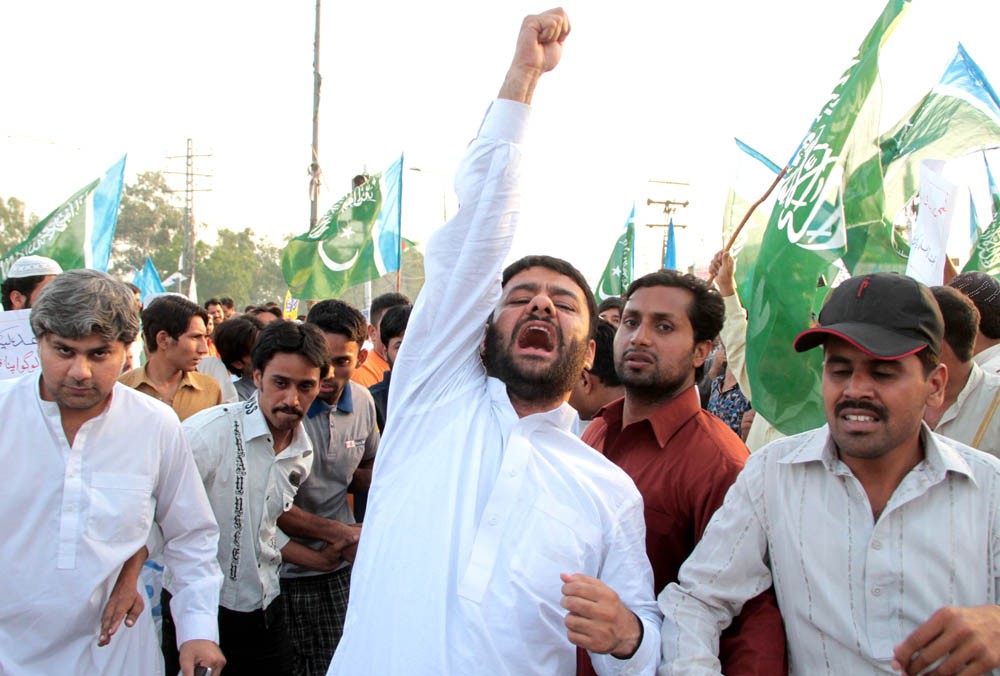 Islami Jamiat Tulaba (IJT) might be a subject of history, so is student politics in Pakistan today. But there are reasons not to overlook both. Many will remember them for their relevance to the Cold War. Others argue that they acted as effective mobilising agencies for jihad and consolidation of a security state.

Ideological debates and sometimes violent clashes on campuses will also be invoked. They will be seen as an expression of street power and mass agitation, and still as places which provided student activists coming mainly from the lower middle class with opportunities and resources to groom their leadership, communication and other skills.

IJT’s genesis resembled its main party -- the Jamaat-e-Islami (JI). It initially started as a social movement to help Muslim students stay away from the ‘impurities of this world’ and was apparently least interested in contemporary politics of the Muslim students, which was dominated by the All India Muslim Students Federation established in 1937.  IJT first organised in the name of Tamir-i-Afkar-i-Islami (1945) and was comprised of youth belonging mostly from the JI-inspired families.

King Edward Medical College (now university) has a special place in the history of IJT from where it published its first (cyclostyled) newsletter, entitled, "Students’ Voice".

Its founding members were largely from the East Punjab and the United and Central Provinces and an Indian partition connection can easily be evident from the composition of its membership. Lahore and Karachi had to be major centres of its activism. Branches of IJT in East Pakistan were opened later in 1951. Interestingly, the pressures of India’s partition also prompted students with leftist leanings to form their own groups (i.e. Democratic Students Federation -- DSF) in Karachi. Later in 1952, the IJT organised its first annual gathering in Karachi.

IJT was part of the Tehrik-e-Khatam-e-Nabuwat and its members actively distributed Maulana Maududi’s pamphlet on the Ahmedia Issue in 1953. Nevertheless, its presence on campuses was negligible in the face of leftist students. IJT realised the ‘threat’ and organised a series of conferences in Multan, Faisalabad, and Lahore to counter the penetration of socialist ‘propaganda’ in 1953 and castigate the progressive students as atheists.

Communist expediency in the form of Rawalpindi Conspiracy Case (1951) and subsequently the ban on the Communist Party of Pakistan and its associates, including the DSF in July 1954 proved a gift for the IJT. However, the National Students Federation (NSF) replaced its leftist predecessors rather quickly. The same year, Pakistan’s Prime Minister Muhammad Ali Bogra inaugurated the International Assembly of Muslim Youth.

This was the period when the ideological campaign against the leftist students was accelerated with an international face.  IJT published its write-ups on "Communism Defeated in Moscow" and "Why oppression on Muslim Brotherhood". IJT chief made a visit to East Pakistan and lectured at Barisal College to propagate its ideology to counter the liberal tendencies and the organisation held protests against seizure of Suez Canal by Britain, France and Israel (1955).

It was not until the martial law period of General Ayub Khan that the IJT jumped into the limelight of political protests in the national scene. In the early 1960s, there was a focus on the ideological training of the IJT members. The University Ordinance introduced by the government was ferociously condemned and the struggle was also shouldered by the leftists. The ordinance intended to initiate a 3-year degree programme instead of 2 years in graduation, a suggestion made way back since the days of United India. A rare fellowship of IJT and the NSF was observed during the protests. IJT also demanded establishment of an Islamic university and started publishing its magazine, Hum Qadam.

Other highlights of the period included the movement against musical festivals in educational institutions (Dec 1966), protests against the Tashkant Declaration (Jan 1966), and submission of proposals to "National Bureau of Curricula and Syllabi" (1967).

NSF dedicated its efforts against the military dictatorship of Ayub Khan, but the IJT put forward its agenda of Islamising the education system as well. It had made strong footholds in the largest educational institutions -- the Karachi University and the Punjab University.

After the military operation in East Pakistan, the IJT founded two militant wings: Al-shams and Al-badr to crush the Bengali militant opposition. According to Gen Rao Farman Ali Khan’s autobiography, entitled, How Pakistan Got Divided? the military government arranged funds from businessmen for such activities.

IJT’s most controversial role was during the martial law period of General Ziaul Haq, when the JI was the key beneficiary of the martial law regime. IJT was turned into a mass communication tool for the recruitment of jihadis in Afghanistan to fight the Soviets. With the start of the Afghan jihad, militant tendencies were promoted on campuses.

The regimes facilitated physical occupation of campuses by the IJT and its other groups, which were in perpetual clash. The violence was qualitatively different from skirmishes between rival students in the previous eras, with sophisticated fire arms, courtesy the Afghan war.

The period coincided with privatisation of the education sector which also gave dividends to the former members and leaders of the IJT. They started owning educational institutions, including universities. At its best, this was a case of entrepreneurial skills that one organisation offered its members mostly from the lower middle class.

The student unions were banned by the martial law notification in 1984. It is argued that the ban practically rationalised occupation of student organisations and groups over campuses.  On July 1, 1992, every student and his parents/guardian were bound by the Supreme Court of Pakistan to give an undertaking at the time of admissions not to "indulge in politics". The Supreme Court banned all student unions on March 10, 1993.

IJT is discredited for crushing opposition student organisations. However, a close look at campus violence of the past indicates that other groups were also not far behind in perpetuating the trends.

The authoritarian and undemocratic regimes have choked the possibility of dialogue and academic freedom on campuses and have pitted students against students in the name of ideologies. Links of student groups with mother parties have also helped to blur out possible politics that is campus-based and generates debate over issues of education and their larger integration with the society.

The IJT holds the campuses no more, but do we have the academic freedom to question and analyse the situation in a critical manner?