The very best of Lahore Eat

The food festival, encouraged by the success of Karachi Eat, took people to another level of foodie heaven 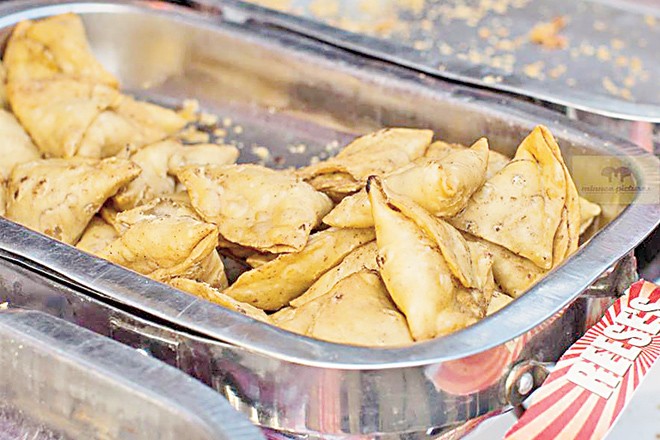 There is one stereotype about Lahore and Lahoris that rings true: Lahoris love to eat. So when Karachi’s famous Karachi Eat festival came to Lahore last weekend, there were high expectations. After all, food is what Lahore is known for. And people weren’t disappointed.

The high of Lahore Eat was a great turnout and according to organizers, it was higher than the first Karachi Eat festival. Amusingly so, since there were groups of boys buying tickets in black to enter the family-only festival in hope of good food and perhaps better poondi. There were also some food stalls that stood out and stole the show, selling out every day.

The low was the number of ‘restaurants’ at the festival. Karachi Eat has created a niche where there are many home-based food enthusiasts and bakers selling their products. I expected more of these home-based cooks in Lahore, since one comes across so many Lahoris putting up pictures of what they cook at home on food forums that are meant to discuss restaurants.

Regardless, the top seven stalls at Lahore Eat were outstanding in their own right. After two days of relentless eating and many pounds gained, they stand at:

This was a stall that reflects what a stall at a food festival should be. Created by two cousins, who took a simple samosa to new, flavourful heights. With six different flavours, three savoury and three sweet, they changed how Lahoris see a samosa. Selling out two days straight and creating the most online buzz, they stand at number one. My favourite samosa was the caramelized onion, mushroom and cream cheese filling; the Reeses (nutella and peanut butter) samosa coming at a close, awesome second place. All the samosas looked the same but every bite brought with it the unique taste of comfort food like a happy apple pie with the desi flair of a samosa crust. Long lines and fights breaking out over the last samosa prove that fusion food is the next big thing in Pakistan. They are taking orders on Facebook. Love the name.

Another family-owned stall, The Shack, was selling fish tacos and fish and chips. The taco was my favourite, with the fish crusted in a satisfying crunch and a harmonious mix of mayo and cabbage in a light, airy taco. This one, you wouldn’t want to share with anyone. The fish and chips were okay. The chips could have been improved with a tad bit more salt and the fish lacked the flavor that its taco counterpart held. But a solid A. The owners will soon be starting their own restaurant.

Replicating and riding high on Rayyan Durrani’s chocolate and churros stall at Karachi Eat, Sugarie with chef Munizae Khalid came up with their own churros. Another sell out stall, the churros were light and came with four sauces. A two bite churro, it was light and fluffy but the four sauces were unnecessary. A chocolate, peanut butter, caramel and I forgot the fourth one, (very forgettable) it was difficult opening all the sauces to try all of them, while juggling the churros at the same time. Sugarie might have done better with just keeping it to a classic chocolate. Their other item, a caramel brownie, was small and decadent and was one of the best dessert stalls at Lahore Eat. I have to give a special shout out to the container for the churros. Very cute.

On a light spring day with a cool breeze in the evening, there are few things one craves more than a warm, soothing bowl of Khao suey. The Burmese dish is a super hit in Pakistan and with Nishat Hotel being the only stall serving the wholesome goodness of chicken, curry and noodles, it deserved the 10-minute wait. The result didn’t exactly hit the spot but it was a good try. The chicken tasted a bit too much like tiny korma bites with a thick curry sauce and one was surprised to see that no green onions were served with the Khao suey - Khao suey blasphemy in my opinion. But all in all, it was quickly eaten and finished with a noodley slurp.

A venture started by a small group of LUMS students, Maro Tandoor took Lahore by storm when they introduced the Nutella nan in Lahore. A stall with a long wait and longer lines, it was a hot seller. I tried the cheese naan, which was again, an exciting fusion of desi and not so desi. A hot, smooth nan loaded with cheese, I enjoyed every calorie this nan represented. Stringy, hot cheese smooshed by a hot crunchy nan, this was a whole, hearty meal in itself. I have their number saved for nights that crave fatty satisfaction.

As a Karachiite living in Lahore, I have tried very hard to find restaurants that I crave, like Okra and Chairman Mao, in Karachi. After many attempts at trying to love Lahore Social, it has always failed me. But I am happy to report that the stall broke through my low expectations. The Thai beef bowl was comforting and finished in minutes but the star was the stuffed tortellini with cream sauce. Hand made cheese tortellini, it was satisfying with every bite of the loaded cream sauce. The main difference between Karachi and Lahori pasta is that the former prefers more pasta and less sauce than the latter. This was the first time I appreciated the soupy amount of sauce that came with the pasta and made me feel that the restaurant deserves another chance.

Now I know that this is an unexpected one but I can’t be ignoring the one thing that I held in my hand as I walked through the festival. What a cup(s) of tea! How this stall managed to get such a good doodh patti type flavour from tea bags is beyond me but it was the perfect compliment to most of the meals that I had, from the samosas, to the nan and even the churros.

Despite the disorganized way the festival started off on day one, with almost no parking available (and many people mistaking Lahore Eat for the dog mela that was happening in the park next door), the second and third day were handled well by the organizers. I left the festival knowing I would be back next year to try the next big thing that will take Lahore by storm and giving the restaurant stalls a second chance. One hopes to see Awesamosas, Sugarie and Maro Tandoor again, with new home-based chefs breaking out their passionate cooking. This is what festivals are all about and Lahore will be bigger and better next year. My foodie stomach guarantees that.

The very best of Lahore Eat