Why democracy has failed to flourish in Pakistan? 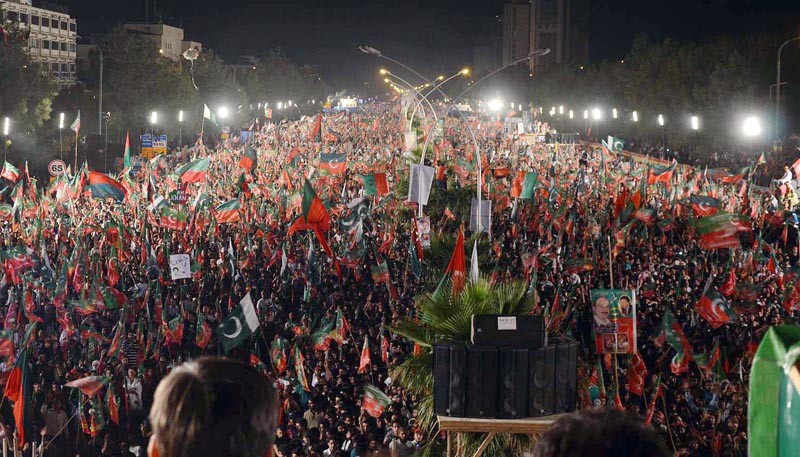 Though Pakistan has been experiencing a fragile democratic system of government and since 2002 there has been a trend that elected governments could be seen completing their tenures, democracy as an institution has failed to flourish and evolve in the country. There are various reasons for the failure of democracy to evolve as an institution and these need to be looked into so that to predict the future of democracy in this country.

Each culture and institution, whether of the society or the state, evolves from the practices and customs of people of that society. Against this backdrop the foremost and underlying cause that democracy has not evolved in Pakistan is the incompatibility of the social structure of the country with the essence and values of a democratic culture. The nature of social structure, which comprises the social institutions, social values, social roles and social statuses, of Pakistan is largely undemocratic in form. A democratic culture primarily is based on the values of equality and equity, justice, freedom and individualism (together creating a culture of merit, inventiveness and amity). These values are hardly to be found in Pakistan’s social structure.

The social structure of Pakistan is profoundly tribal and ultraconservative in form. In such social structure, there is hardly any space for the above-mentioned democratic ideals to be attained. Such social structure is hierarchical in orientation which operates on the institutionalisation of traditional authorities like tribal and clannish chiefs and religious figures. That is the fundamental reason that symbols of traditional authorities like Khan, Malik, Chaudhry, Wadera and Sardar on the one hand and Imam on the other hand have been dominating the society through their societal power and influence to the exclusion of the masses and their consciously and freely-elected democratic and liberal leaders.

These symbols of traditional authorities have been working in collusion to entrench their power base and to ward off any challenge to it. As this challenge could only come from liberal and democratic figures, values and institutions under the umbrella of democratic political structure, tribal chieftains and clerical leadership have been trying their utmost to prevent democracy evolve.

Institutions of a tribal culture intrinsically operate on the principle of inequality and top-down flow of power and authority. Therefore, the values of a tribal culture, like that of Pakistan, are incompatible, rather in conflict with the values of democracy. So in a society based on tribal principles equality is hard to be attained. Contrarily, democracy functions on the very principle of equality to all members of society and the state. For instance, every member of society and citizen of the state has only one vote to exercise and is expected to have equal opportunity of social and economic mobility.

Although in theory Pakistani political system, which is outwardly democratic but inwardly not, operate on the principle of one-person-one-vote, most of the people cannot use vote freely either because of the pressure of the respective traditional authorities or bonds or because of their lack of education and information. Resultantly, the government which get elected is based on what German political-thinker-cum-sociologist, Noelle Neumann, called ‘loud minority’ while the majority become ‘silent.’

Another very important aspect of the failure of democracy to evolve in Pakistan is that the auxiliary institutions, which otherwise ought to provide support to the parliament, people and political leadership to build their capacities of policymaking and their execution by providing them education and information have been working for cross purposes. These institutions which include bureaucracy and all the government departments, due to the relatively good education and administrative skills of their human resource, have been working for personal and institutional benefits by taking advantage of the ignorance of the masses. This is the basic reason that bureaucrats and top civil servants have been enjoying all kinds of perks and privileges out of the tax-payers’ money while the very purpose for which they are there that is good governance is a pipedream in the state of Pakistan. As the flourishing of true democracy is against the interest of the bigwigs of the government institutions, they develop a natural affinity with members of traditional authorities to stunt the growth of democracy. This collusion has been costing the state and its citizens dearly.

Moreover, the institutions of the state get their human resources mostly from among the masses socialised into highly tribal and ultraconservative social structures. Therefore, they do not have the capacity and comprehension how to support democracy. Principally and ideally these state institutions must support democracy and more importantly promote the values of democracy: equality, equity, justice and freedom by ensuring good governance through transparency, accountability, rule of law and participation.

Now when the state and its people are in the clutches of forces that are undemocratic and conservative in their thinking and approach with little transformation taking place in the minds of the powers-that-be, the only hope is the intelligentsia of the country to come up with solutions. This is the lesson we learn from history. Great philosophers like Voltaire, Montesquieu and Rousseau were instrumental in emancipating the French people from the clutches of obscurantist forces and great philosophers and freedom-fighters like Benjamin Franklin, Thomas Jefferson, Thomas Paine and many others created the Empire of Liberty of America by fighting the conservative and imperialist British.