Real life stories of women who got perished, who were triumphant, and who still are holding the fort of resistance and defiance 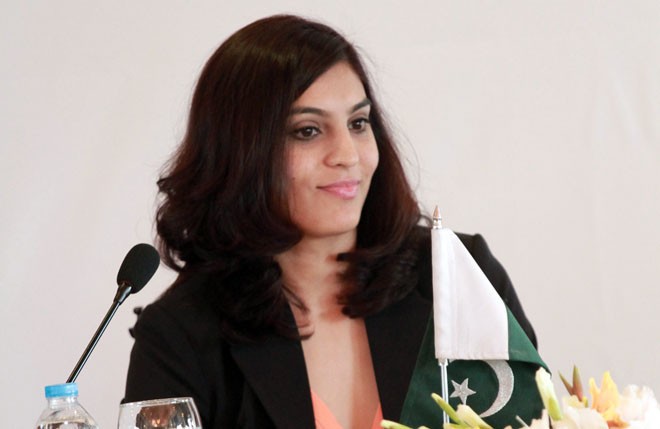 "On the day when it will be possible for woman to love not in her weakness but in her strength, not to escape herself but to find herself, not to abase herself but to assert herself -- on that day love will become for her, as for man, a source of life and not of mortal danger." Simone de Beauvoir

In Pakistan, the fate of women keeps hanging by the uncertain hooks of men’s whimsical, elastic and mutable stances of control, care, affection and aggression. These men are fathers, uncles, brothers, cousins, husbands, and sons. Then there are faceless, nameless persons, both men and women, who as volunteer proxies of fathers, brothers and husbands contribute to collective, paternalistic bidding against all women ensuring that the tormenting flow and presence of coercion and control do not break.

Aisha’s essays help us navigate through the recent and real life stories of women who got perished, as well as those who were triumphant, and those who still are holding the fort of resistance and defiance.

"We need, above all else, to be taught how to love without death", is a lament with which Aisha Sarwari, the author of Navigating Pakistani Feminism ends her moving piece that she wrote following the brutal killing of Farzana Parveen inside the Lahore High Court in May 2014. "Farzana Parveen’s killing must trigger change for women" is one of the 42 reflective articles and essays that embody the book which offers accessible account of women’s shine, struggle and suffering in Pakistan.

"On hearing the news of Farzana’s killing, I felt a betrayal; and I decided to pick up the fight myself," she says while talking about her book that followed a personal rage to do something, something real.

The book was launched in Islamabad on Jan 30; and was attended by eminent women’s rights activists and advocates. It was moderated by Moneeza Hashmi and chaired by Marvi Memon.

"I never intended to publish my writings in the form of a book, but it happened incidentally when I was looking for publishers for my husband’s book, and the publisher (who published his book as well) was looking for feminist writings from Pakistan," she says.

The 42 pieces and an elaborate introduction of the book take us through the dark, bright, grey, some delightful but mostly tragic and ironical labyrinths of socio-political maize of Pakistani society, polity, patriarchal mindset and omnibus phenomenon of subcutaneous asphyxia that compels women to breathe their existence either very quietly or in fits and starts.

If we bifurcate the disabling and enabling conditions which deny or can allow women in Pakistan a life of equal opportunity, dignity and choice, these essays and articles protest at and contest all of them. Domestic, and fatal, violence against women in the intimate spaces, with many faces and forms, comes out as the most upsetting and debilitating occurrence. The absence of mobility on one hand, and no control over reproductive or recreational choices on the other form disabling bond that fetters women’s unabated walk through their own lives. Sexual harassment, which many men feel naturally entitled to, and a collectively dispensed moral policing that exercises itself through institutional and individual acts, formulate an invisible to the unaware eye but very palpable and omnipresent glass-cages. Aisha not only helps us (all men, and many women too) see these, but also feel their choking.

"If you are lucky to have two right men in your life, your father and your companion, then the life and journey of a girl and a woman is very different, very pleasantly different," said Aisha.

Both in the book and in personal conversation she emphasises the critical importance of a woman’s say in her reproductive rights. On the debate of ‘who controls women’s bodies’, she goes deep inside, both literally and metaphorically, when she asserts, "woman ought to be the incharge of their uteruses."

Aisha Sarwari is the affable activist who believes in ‘fight by fight’ engagement with laws, customs, norms and traditions -- and the custodians of these, i.e. men. She believes an incremental but continual change will provide impetus to sustainable transformation for women in Pakistan.

Although it’s a book of non-fiction, the way Aisha weaves and tells the stories of real women in and of Pakistan, it reminds one of last year’s Indian movie PK. What PK does to the mindless following and internecine practice of religion and faiths, by telling stories of humans we can relate to, her book does the same to patriarchy amidst us and its ramifications around us.

Navigating Pakistani Feminism brings to the fore a real, relatable and affable face of feminism. The articles and essays are a delightful read, perhaps because they are written with forceful compassion, deep conviction and intimate empathy. And they quite amiably convince a reader that women in Pakistan are equal beings in all manners and by all means, and they must be treated as such.