There has to be a time when Lala makes way for new talent. He doesn’t think there is someone to replace him yet. But what about the all-round showing by Nawaz in PSL that has won him a place in the Pakistan T20 side. And Imad Wasim is just going through a phase. He’ll be fine 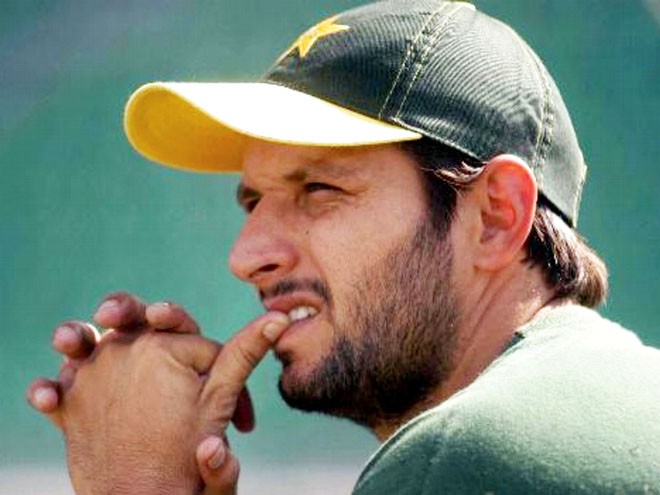 Nothing divides the cricket fans of Pakistan more than Shahid Afridi’s performance. Either you love him or you hate him. When he announced early last year that he would be leaving the last format he was still playing there with joy and sorrow, depending on which side of the fan fence you stood.

Now he’s done it again and signaled the start of another edition of ‘Lala Wars’. Will he or won’t he exit the Twenty20 Internationals?

He was quoted on the sidelines of the PSL final as saying that friends and family wanted him to continue playing. But that is not the factor here. The question is what is right for Pakistan cricket.

Back in 2002, Cricket Australia asked Steve Waugh to make way for Ricky Ponting as One Day captain even though Steve had done brilliantly to win the World Cup, almost singlehandedly bringing them back from the brink in the game against South Africa, losing which they would have gone out of the World Cup.

Following that there was a flood of victories. But the Australian Board and selectors felt they would not have time to prepare someone for leading them into the 2003 World Cup.

A year later, after Ponting lifted the World Cup, they asked Waugh to step down as Test captain, even though he was scoring runs and made 80 in his last Test innings.

So there has to be a time when Shahid Afridi makes way for new talent to be tested. He says that he doesn’t think there is someone to replace him yet. But what about the all-round showing by Nawaz in PSL that has won him a place in the Pakistan T20 side. And Imad Wasim is just going through a phase. He’ll be fine.

Even if he stays his average has been falling drastically.There was not one innings that could match what the world’s other all-rounders are delivering, like Grant Elliott, Ben Stokes, Moeen Ali, Shakib ul Hasan, Dwayne Bravo and Glen Maxwell.

And in bowling he has clearly lost his nip. He got the odd spell going in PSL when he got five but in the rest he was hardly a problem for the batsmen that he normally is. .

Misbah clobbered him in an over that made even Afridi clap in the end. Same was the case with some younger batsmen.

Whatever he decides it will take a lot of attention away from the Pakistan team and the games it plays in the Asia cup and World Twenty20. That’s the last thing the players want; to be uncertain whether he will be there after the World Cup and how they should interact with him during this time.

Is it that players like Ahmed Shahzad, Umar Akmal and Anwar Ali want him to stay? They could be worried that anyone else coming in, especially Sarfraz Ahmed, may not fight for them like Afridi did.

The youngest Akmal is aware that one good season at PSL will count for little if he fails in one or both of the tournaments.

Ahmed Shahzad has already been dropped and his style of play is always open to fault on the playing fields of England where Pakistan play their next internationals.

Anwar Ali also found out in the penultimate over of the PSL final that bowlers have figured out where to bowl to him and are aware he has just one or two strokes in the book. His bowling too has fallen following a spirited front when he was given the new ball against Zimbabwe and then Sri Lanka. And if he doesn’t time his shots other than the odd one, there are better bowlers than him who can bat a bit.

As of Wednesday there was no comment from Gaddafi Stadium about the captaincy.

Having said that I must state that it is an individual’s decision. It is up to the Board to decide if it wants to retain him as captain and for the selectors to then decide if he fits into the first XI, even the squad.

That decision takes guts as well. The last thing Shaharyar Khan wants is another controversy or taking a hard decision. He saw what tumultuous times came around him when the selectors dropped Younus Khan from the ODI squad last year.

Shahid Afridi has charisma that few can match and an entertainer who appeals to sponsors.. That aspect should not be factored out. In fact even PCB will have to consider that before they ask him to step down or drop him from the team altogether.

And especially if he has a great World Twenty20.