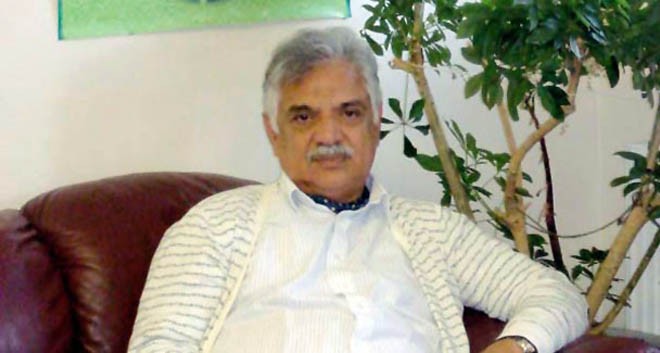 The job of the governors in Pakistan is largely ceremonial but the governor of Khyber Pakhtunkhwa (KP) is special as the person holding this position is also the administrative head of the strategically important Federally Administered Tribal Areas (Fata).

Its importance has increased further since the past more than a decade because Fata became the focus of attention in the war against terrorism as the hideout of local and foreign militants. Fata’s remote and rugged terrain on the border with Afghanistan and its special status with its peculiar customs and traditions made it the perfect place to hide for those fleeing the law or challenging the state.

This is the reason that the office of the governor of KP is coveted. The appointee has to be carefully chosen and vetted. It was therefore not surprising that Prime Minister Nawaz Sharif took his time before selecting politician Iqbal Zafar Jhagra as the new governor of the province. It was a safe bet as Jhagra belongs to the ruling Pakistan Muslim League-Nawaz (PML-N), a party which draws its identity from Nawaz Sharif. In fact, Jhagra is presently the central secretary general of the party and has held this position in the past as well. As the PML-N is Punjab-centred and draws almost all its top leadership from the province, it has been assigning the secretary general’s office to someone in KP. Sarinjam Khan, a veteran Muslim leader and landlord from Mardan, held this position for a number of years before Jhagra was picked to replace him.

The choice fell on Jhagra 14 days after the resignation of Sardar Mahtab Ahmad Khan, who quit on February 10 after serving for 22 months to plan the revival of his career in parliamentary politics. It is unheard of in present-day Pakistan for someone to willingly give up such a prized job. Sardar Mahtab, however, seems to have his eyes on even higher positions after having served as MPA, MNA and Senator as well as provincial and federal minister and chief minister of KP. He needed to resign in February 2016 to become eligible for contesting the Senate elections in March 2018 on completion of the mandatory two-year period after serving on an office for profit as the governor.

If Sardar Mahtab is elected Senator as the PML-N candidate, he could be a strong candidate for the Senate chairman. Or he could run again in the 2018 general election for the National Assembly seat from his native Abbottabad district that he lost in the 2013 polls and then make his way to the federal cabinet.

Sardar Mahtab seems to have his eyes on even higher positions after having served as MPA, MNA and Senator as well as provincial and federal minister and chief minister of KP. He needed to resign in February 2016 to become eligible for contesting the Senate elections in March 2018.

If Prime Minister Nawaz Sharif had his way he will have persuaded Sardar Mahtab to continue as governor, but the latter had made up his mind to resign. Left with no choice, the Prime Minister began searching for the right candidate for the governor’s job. The fact he took two weeks to make his choice showed that it was a difficult decision. Khyber Pakhtunkhwa and more so the Federally Administered Tribal Areas (Fata) due to their peculiar militancy-related problems were certainly in need of a regular governor as soon as possible. The issue lingered on and new names were added to the list of prospective candidates appearing in the media. Sections of the media even announced the appointment of Lt General (R) Mohammad Alam Khattak, presently secretary Defence, as the governor but the news was promptly denied by the Prime Minister’s office.

It gradually became obvious that the new governor would be a civilian instead of a retired general or bureaucrat. The theory that the powerful military would like a retired general to be the governor for better coordination with regard to the decision-making about Fata didn’t hold much water as even a civilian governor would have no objection to the military’s leading role concerning the tribal areas in view of the ongoing fight against militancy and extremism.

Once it became obvious that the prime minister wanted a civilian governor, the choice narrowed down to two PML-N stalwarts from KP -- Jhagra and Pir Sabir Shah. As the PML-N is in the opposition in the province, its legislators and workers have been demanding the appointment of a party leader as the governor to address their grievances. When Sardar Mahtab was made the governor, the party workers were happy that they now had someone in the Governor House Peshawar to listen to them. Being a politician, he was accessible and also helpful to the PML-N activists, but many were still dissatisfied with him because Sardar Mahtab didn’t want to violate rules or set aside merit to oblige the party workers.

Sabir Shah, provincial president of PML-N and a former chief minister, was overlooked once again. He has had a fairly long period of bad luck by first suffering defeat in the May 2013 general election in his native Haripur to PTI contestant Faisal Zaman and then being unable to secure a public office in his party’s rule. Except him, the three other PML-N stalwarts - Sardar Mahtab, Jhagra and Amir Muqam - in the province have all held positions in the government. Sabir Shah could be nominated for the Senate seat from Islamabad capital territory to be vacated by Jhagra, but one doesn’t know if Nawaz Sharif has someone else in mind as the PML-N candidate.

The 68-year old Jhagra is a committed PML-N member and long-time loyalist of the Sharif family. He has been contesting and always losing elections for the national and provincial assemblies from his native constituency in rural Peshawar because the PML-N has no real vote-bank there and the votes he is personally able to fetch aren’t enough to give him victory.

Belonging to Jhagra village near Peshawar, Jhagra would have to suspend his political career to become the governor. The job certainly has its charms. One remembers a former KP Governor Khalilur Rahman, who was a retired Commander from Pakistan Navy, once remarking that he didn’t mind spending a short time in the Governor House because more important for him was being listed in history as a governor.

Jhagra endeared himself to the Sharifs because he stayed loyal during the difficult period of military rule. He kept the party alive in the province and also the country when General Pervez Musharraf was using every trick of the trade to build the PML-Q from the ashes of the PML-N. Jhagra remained steadfast and became a vocal critic of the ruling PML-Q by describing it as a group of opportunists formed by the establishment. He was right as the party came crashing down as soon as it was deprived of the crutches of establishment.

The job is challenging as Jhagra is becoming governor at a time when the Zarb-e-Azb military operation in North Waziristan has entered the last phase and the repatriation of the remaining internally displaced persons is reportedly being expedited. Also, the wait for the reforms in Fata has been long and frustrating.

As governor, Jhagra could replace Sardar Mahtab in the five-member Fata Reforms Committee headed by Sartaj Aziz, the foreign affairs advisor to the Prime Minister, and throw his weight behind the effort to mainstream Fata in keeping with the aspirations of the long suffering tribal people.