The F and N of JUI

Bringing back the Nazaryati faction into the party fold will strengthen the JUI-F in Balochistan or will it? 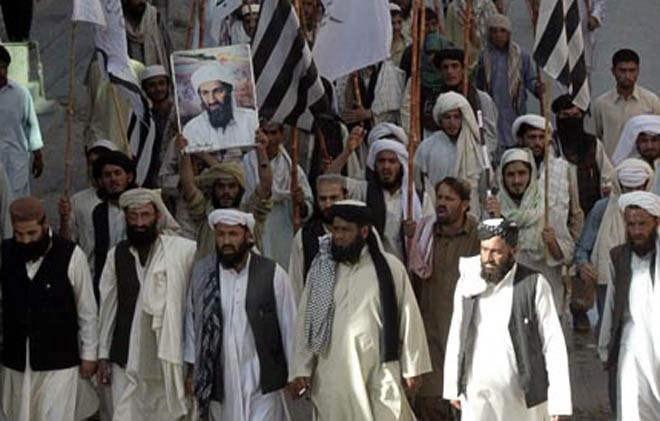 The JUI is in the process of merging its splinter factions back into the parent party. Although bringing back the leaders of its pro-Afghan Taliban splinter faction into the party fold will strengthen the Jamiat-e-Ulema Islam-Fazl (JUI-F) in Balochistan, political analysts believe it would have a negative impact on the party’s politics.

Before the 2008 general polls, some key leaders of the JUI-F from the Pashtun parts of Balochistan provinces developed differences with the then provincial chief Maulana Khan Muhammad Sherani who is now chief of the state-run Council of Islamic Ideology, and formed the JUI-Nazaryati (JUI-N).

The JUI-N leaders apparently argue that disagreement over the allotment of party tickets in 2008 election and Sherani’s dictatorial attitude resulted in the formation of the splinter groups. However, leaders of the JUI-N complained openly in their gathering that the JUI-F had abandoned the preaching of ‘jihad’ and stopped supporting the Taliban movement in the neighbouring Afghanistan.

"The JUI-N was created with the aim to punish the JUI-F in the 2008 elections, because they have made a clean break with militancy and were not ready to accept the politics of proxy groups," says a key leader of the JUI-F, who wishes not to be named.

On Chaman-Quetta highway, hundreds of flags bearing Afghan Taliban’s logos were placed by the JUI-F activists a week after the new emir took charge.

The JUI-N was the first religious party that organised protest rallies and funeral-prayer events on May 2, 2011 in Quetta and other Pashtun districts of Balochistan to pay homage to bin Laden. The group also marked bin Laden’s first anniversary and organised a rally in Quetta, calling bin Laden a hero of the whole Muslim World. A delegation of Afghan Taliban reportedly participated in the funeral of the party’s key leader Hafiz Fazal Barech in May 2013. Barech and other hardcore leaders also organised ‘Martyred Mullah Dadullah Conference’ in 2007 in Killi Nalai area of Quetta in which thousands of people participated and Mansoor Dadullah, who replaced his brother as military commander after his killing, also addressed the conference via tape recording.

"The group openly organised the funeral of Afghan Taliban killed in Afghanistan and providing them all types of support in the province," says Wali Khan.

The group also helped the banned Ahle-Sunnat Wal Jammat to spread its organisational structure from Baloch areas to Pashtun parts of the province and both parties jointly participated in the polls in the province under the umbrella of the Mutahida Dini Mahaz.

In 2013 general polls elections, the JUI-N candidates did not win a single seat from Balochistan. However, political observers say the JUI-N gave a tough competition to the JUI-F in the Pashtun belt, and the rift between the two groups of the JUI benefited the Pakhtunkhwa Milli Awami Party (PkMAP), a Pashtun nationalist party led by Mehmood Khan Achakzai.

In NA-264, Maulana Asmatullah bagged 27,512 votes and lost to Maulana Sherani who bagged 30,870 votes. Another JUI-N candidate Maulana Noorullah received 14,383 votes in the PB-20 constituency of Killa Abdullah against JUI-F leader and former senior minister Maulana Abdul Wasay, who received 18,297 votes. Munir Ahmed Shah, a journalist who covers religious parties’ politics, says that the PkMAP won because of the divided religious vote bank owing to the split in the JUI.

Having suffered badly in the general polls in one of its strongholds, the Pashtun region of Balochsitan, the JUI-F as well as some leaders of the JUI-N have started negotiation to merge the parties. After background meetings between the leaders of both parties, a JUI-N delegation headed by Asmatullah met Maulana Fazlur Rehman, in Peshawar in September and agreed to merge the parties. Finally, Rehman on February 25 announced the merger of two parties in Quetta in a public gathering.

However, a number of the JUI-N leaders deny any merger and say that certain leaders, such as Asmatullah and Maulvi Hanif, have joined the JUI-F. "Majority of the JUI-N’s shura members have opposed the merger and therefore the news of merger of two parties is not true," says Maulana Abdul Qadir Luni, a central leader of the JUI-N.

Background interviews with leaders of both parties and experts suggest that defeat of Sherani in party’s internal provincial elections had paved the way for pro-Taliban leaders to join the party. "Sherani not only opposed them [the pro-Taliban leaders] within the ranks of party but also did not allow jihadi and sectarian groups, such as the ASWJ, to operate in Pashtun parts of the province," says a journalist based in Quetta. "In return, the JUI-N leaders openly call their rival JUI-F a ‘secular religious’ party and dub Sherani a ‘pro-Iran’ and ‘anti-Taliban’ leader," he said.

On the main highway connecting Chaman to Quetta, hundreds of flags bearing Afghan Taliban’s logos were placed by the JUI-F activists a week after the new emir took charge, he maintains.

The F and N of JUI