The conundrum of privatisation

Some reflections and options which might help the government, the PIA employees and the passengers alike 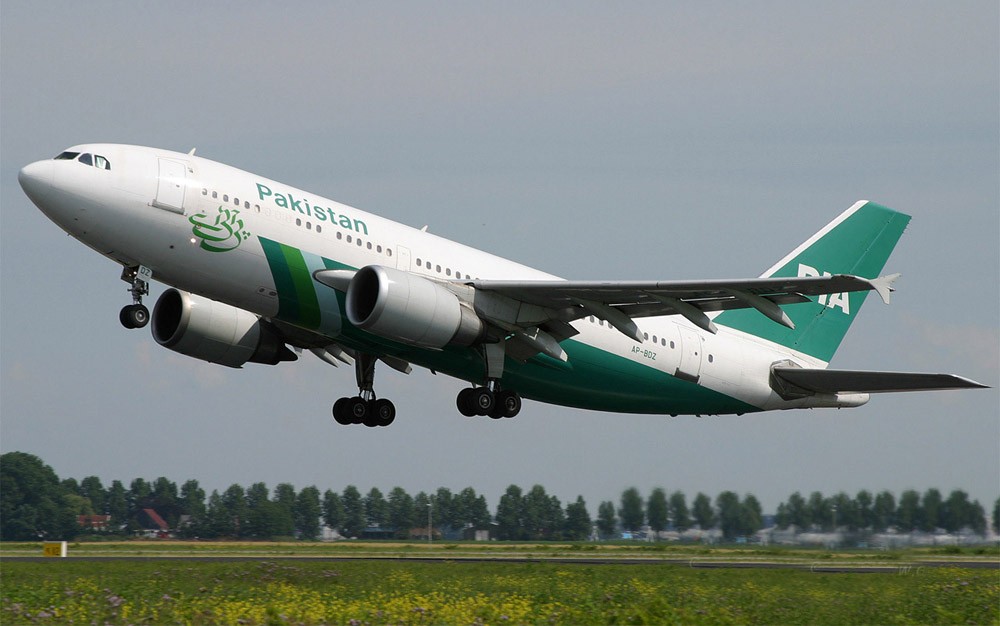 The type of mess that Pakistan International Airlines is in, is neither new, nor one of its kind, and nor is it being tackled more intelligently than many other challenges the federal government is confronted with. The four step formula of hyperactive inaction on many high-stake issues seems to be a) make a ruckus in the media; b) beat the protesters brutally; c) involve the Punjab chief minister or federal finance minister as mediators (read diverters); and, d) let another issue take over while the previous one deflates. This piece is appearing when the PIA privatisation issue is deflated.

The PIA, as a state enterprise, is just as inefficient, expensive and complex as many others around like Pakistan Steel Mill, Utility Stores Corporation, and several others. But then there are a few good examples where the hybrid formula of management has made them successful enterprises like Ufone.

The conundrum of PIA’s privatisation will be resolved when it is dealt not with an ‘iron hand’ but with a softly-applied intelligence -- an endeavour of deeper thinking minds and caring hearts. There may be many brains around but they all seem to be indulging in a knee-jerk reaction. Secondly, there is an informal economy which thrives on the PIA’s apparent inefficiency which is the result of political contracts that eat up a chunk of the subsidy worth billions of rupees.

First a joke that emerged after PIA employees grounded all flights. Someone insightfully quipped that when the PIA stops its flights, it costs the exchequer millions of rupees a month; but when it operates at full throttle, that costs the economy billions a month.

This piece offers some reflections and options which might help the government, PIA employees and travellers.

One has flown with the PIA over a dozen times in the last couple of years; half of them were flights to Canada, and from all domestic stations of Karachi, Islamabad and Lahore. The PIA never stops surprising. Its flights are routinely late and inflight services are far less satisfactory than is desired and certainly not good value of the money. Almost 30 per cent of the seat-fitted video screens and audio systems are out of order in all the international flights; blankets are usually made available to 10 per cent of the passengers; and the meals, which are less in frequency, and if not mediocre in taste, are stale, smelly or both.

And in case you ask an airhostess or a steward for any service or have a complaint, you get exactly the same response that many get from a clerk in a provincial secretariat for a rights-based service. The most amusing pattern I have noted is they just nonchalantly explain away why a certain facility is not working or why the requested service cannot be provided, and feel absolved. I often think the PIA’s tag line needs to read: Grate people who fly with us!

If you have ever been put up in the Airport hotel at Karachi during a transit, you get depressed, if not sick. The building of the hotel is from the pre-partition era. Its exterior is as beautiful, serene and majestic as a Boeing. But the inside is as in tatters and unkempt, as the PIA itself.

Besides the PIA, I have taken almost as many flights with three other airlines (Etihad, Turkish & Emirates) in the last 2-3 years. The difference is as much as between the American and British intelligence agencies. In this who is PIA, I leave this to your grudge and imaginations of the two!

In the last decade or so, many international airlines have been turned around through intelligent privatisation. Turkish and Swiss Air are two of the shining examples we can learn from. If the private sector runs it, the sky will not fall down.

Privatization is not something we have invented or mastered. Other countries have tried it for the last several decades and have perfected it. Our style is that we make a mess of things others do with a flawless fluency. Like the recent INGOs’ registration -- India and Bangladesh did it so well, firmly, quietly, and without any problem, and over 20 years ago. We, on the other hand, managed to achieve nothing despite wasting hundreds of thousands of person-hours and have no clue where it is heading to.

I see three challenges that need to be addressed in the PIA’s reform, whether via privatisation or through further nationalisation. First, the PIA has a huge workforce and offers the most inefficient and the most expensive service out of the comparable airlines. My hunch is that even if the 30 per cent of its workforce performs its duties well, it would be almost doubly as efficient.

Two, in order to keep it afloat, the government pays billions of rupees to invest in its inefficiency (also known as the targeted subsidy). If in the last one decade, we had invested even half of the money that went to the PIA, in education, housing and business development, we would have had many more children in schools, many more people sheltered, and many more youth employed. As a cumulative effect of such investments, Pakistan would have made nominal gains.

The third challenge is that as a result of pursuing a mind-less privatisation programme on the prodding of the IMF, many thousands of its employees would be laid off.

A few decades ago in the UK, Margaret Thatcher infused life in many of the ailing public sector British enterprises. Many of our non-performing enterprises are set up on the same 19th century premise as were the British ones. What the incumbent government can learn from Thatcher is that a political resolve is essential to reform inefficient public sector entities. After the political resolve comes the attention to details and intelligent devising of prudent economic options (the so called terms and conditions of the reform and or privatisation). The third is how to help ease out the aging or non-performing workforce through incentives, not a penalising push of the privatisation.

The first thing the government ought to consider is to announce a reasonable timeframe in which it would reform the PIA. That in my view should be two years (so that the positive results could benefit the government in the next elections). The efficiency of the public sector enterprises was part of the Charter of Democracy, so the government can take on board the leadership of other political parties.

The second is to devise a buy-out option for the unnecessary workforce, i.e., it can offer a ‘golden handshake’ to over half of the workforce by investing one quarter’s equivalent subsidy.

The third and more inventive step is to first bifurcate the PIA’s operations into domestic and international divisions, and then less profitable stream can be privatised a year before the other.

One lighthearted comment: A pet anecdote the PIA takes pride in is that it helped set up the Emirates which now is one of the most successful airlines in the world. My reply to that: thank goodness the PIA did not offer an advice how to run it…!

Lastly, in the last decade or so, many international airlines have been turned around through intelligent privatisation. Turkish and Swiss Air are two of the shining examples we can learn from. If the private sector runs it, the skies will not fall down.

The conundrum of privatisation