Selectors out on a limb

At a time when Pakistan have spiraled down to number eight from second position, the last thing we needed was putting our faith in an opener and a middle-order bat, who are clearly new to T20 format at the international level and have no outstanding achievements to show for their selection 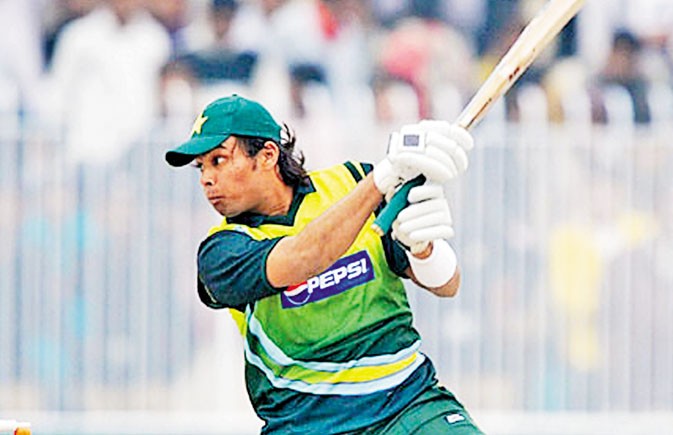 There will be much talk leading up to the Asia Cup and then the World Twenty20 on the inclusion of Khurram Manzoor and the axing of Ahmed Shahzad in the Pakistan squad. While many feel that Shahzad was fast losing out on the reserve goodwill and the possibility of a comeback innings, his replacement with Khurram has been nothing less than shocking. It’s like adding insult to Shahzad’s injured ego; that someone has replaced him who has never played for Pakistan in T20 Internationals and has been out of the team in both Tests and ODIs since 2014.

The selectors may cite that he was in great form in the domestic T20 tournament where he scored over 300 runs at a strike rate of 133, but that was quite some time back. And if that was the case why wasn’t he selected for the England series and then the New Zealand tour? And tested out against the top teams? The question is if he was so much on the selectors’ radar how come he wasn’t drafted in on the panel from which the franchises picked their PSL players?

The Pakistani selectors have been known for outlandish selections but Haroon Rasheed, who has done a reasonably good job lately and been quite logical in his pickings, has certainly confused everyone with this far left field selection. Even someone like Sami Aslam, Mukhtar or Kamran Akmal would not have surprised as much.

Pakistan is already taking a huge risk by going into a World Cup with five uncapped players in this format, two of them to don the Pakistani blazer for the first time. But at least they have been recently playing at the top level if PSL is also considered in that category. And of them Iftikhar Ahmed has played two ODIs with no success. In them he was clearly out of his depth.

At a time when Pakistan has spiraled down to No.8 today from second position a few months back, the last thing the country needed was putting its faith in an opener and a middle order bat who are clearly new to this format at the international level and have no outstanding achievements to show for their selection.

On the batsmen who have made way for them other than Ahmed Shahzad, I can understand Sohaib Maqsood being left out as he has failed to look comfortable but am severely disappointed that Mohammad Rizwan has been dropped. This will cost Pakistan dearly. Till last summer he was churning out some devastating innings and his fielding was dazzling. Slight injury kept him out for a while and since then he’s had a series of bad luck, being run out on at least three occasions that I can remember over the last two series he has played.

Had he been replaced by someone in top form against top sides it could have made some sense. But to be replaced by Iftikhar is utterly ridiculous. Iftikhar is not getting into even the Karachi Kings side in the PSL.

While some may call it refreshing that Pakistan have brought in Mohammad Nawaz and Rumman Raees, and I feel both deserved a chance, I would have put my faith in Junaid Khan. In any world tournament there is tremendous pressure on fresh recruits and very few have the temperament of an Inzamam-ul-Haq; and remember before he cracked those match winning innings in the 1992 World Cup, he registered several low scores.

Nawaz’s success has come in domestic cricket and for Pakistan ‘A’ and in PSL he has been blessed with bowling on spin helpful tracks, a rarity in T20 cricket. That won’t be the case in Bangladesh and India where the Asia Cup and World Twenty20 will be played. There he will come across flat tracks and most, and then, all of the world’s premier big hitters, ruthless and unforgiving of the slightest error in line and length.

Perhaps his batting counted more than other left armers in contention, for instance someone more experienced like Zulfiqar Babar. There he could indeed prove useful but again only a pressure game will reveal where he stands.

Again, I’m all for fresh faces and new blood; keeps the others on their toes. But I really fail to understand why such selections are made at the last minute and why the young lads are thrown straight into the fire.

And not just that. Pakistan are now carrying six left arm bowlers, four of them the fast men. That does make for a pretty predictable line and length especially of Anwar Ali doesn’t play which leaves only Shoaib Malik as a right arm bowler.

Good nevertheless to have Irfan back. I think he was rested for the New Zealand tour to have him available for the PSL and then the back to back international tournaments. With Amir and Wahab he can make for a pretty lethal combination.

Question now remains as to who will open for Pakistan. Is it that the team management have made up their mind that they’ll go with Hafeez and Sarfraz Ahmed first up which is why they have selected a reserve opener?  That allows for an extra bowler, something the Pakistani team strategists should have considered ever since we went into the World Cup.

Whatever, Shahid Afridi seems to have acquiesced to the exclusion of Ahmed Shahzad and Mohammad Rizwan two of his favourite players to the extent that he preferred Rizwan over Sarfraz as wicketkeeper on many occasions. Whether he is totally on board the selection of Khurram and Iftikhar cannot be confirmed. And weeks away from his professed retirement from the one format he still plays for his country, I think he’s calmed down and will live with what he’s been given. Now for him to deliver on it.

Selectors out on a limb