Has Altaf Hussain clearly violated UK laws on freedom of speech or not? Legal opinion on seven of his controversial speeches 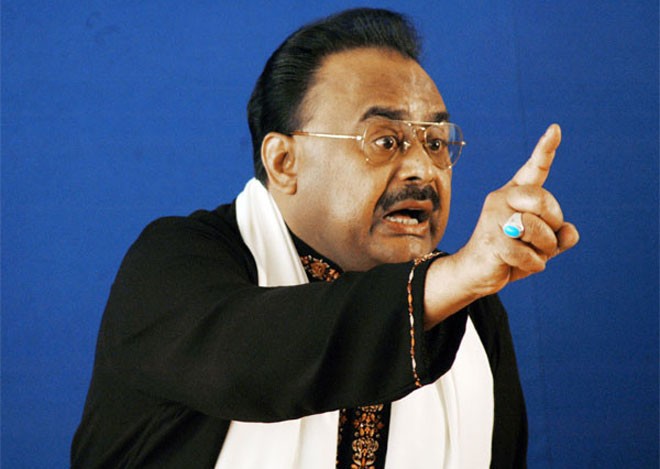 After Muttahia Qaumi Movement Chief Altaf Hussain’s Nine-Zero base was raided earlier last year, he went on to issue open threats to members of the law enforcement agencies. He, however, didn’t imagine the Rangers would dare enter his stronghold and break the siege of the surrounding areas. Altaf got so very angry that no one around him dared to counsel him that his speeches might cause him troubles, including a ban on Pakistani air beams and possible legal action in Britain.

Speaking to The News on Sunday, a Scotland Yard official said it is continuing to look at a number of objectionable statements made by Altaf Hussain after "receiving thousands of complaints" from members of the public. These people had written to the police insisting that Britain was deliberately allowing the use of its soil to destabilise Pakistan and incite hatred and violence against its security institutions.

It can be confirmed that the incitement inquiry started after excerpts of Hussain’s interview to Shahzeb Khanzada’s show on Geo News were handed over to the police. Pakistani authorities told the UK government about five other speeches deemed to incite violence and hatred -- an indictable offence in the UK.

Pakistan Electronic Media Regulatory Authority (PEMRA) has banned tv channels from giving airtime to Altaf Hussain over the same statements. But legal experts have said that the content of speeches under investigation could cause serious trouble to the exiled leader if the police investigates the objectionable speeches seriously and without coming under political influence.

However, MQM sources are confident that the investigation -- like the previous hate speech investigation -- will be dropped eventually and that the MQM leader has nothing to worry about because the UK has its own political considerations and priorities and they are in direct conflict with Pakistani interests at this stage.

Speaking to Aaj Shahzeb Khanzada Kay Saath on March 11, 2015, Hussain had threatened Pakistan Rangers who had raided the offices of MQM in Karachi: "Those officers who raided Nine Zero, my house, were posing as brave, those who raided my house were scared although they were officers of Rangers. They have become a past tense. They existed but God willing they will cease to exist."

Legal experts have opined that Hussain’s comments during the show meant that "Altaf Hussain issued a threat to the Rangers and incited hatred against them."

When the above translation was put to the renowned criminal law expert Mahtab Aziz, who has fought dozens of terrorism related cases in Britain in over a decade, he said: "This is not a hate crime but potentially a more serious threat to kill offence. Because Altaf Hussain does not name any particular individual and because he refers to them as ‘ceasing to exist’ this could be interpreted as meaning that they could be fired from their jobs -- so their jobs will cease to exist or that the whole Rangers police force could be finished off as a force altogether."

The MQM leader, who is a British Citizen residing in London, made a specific statement on March 11, 2015 during a live interview on a private Pakistani channel in which he stated: "At that time (1992) we were alone, in isolation, we fought back alone, kept faith in God. Asif Nawaz was murdered, those dogs that did the operation were killed like dogs."

Mahtab Aziz says this statement "cannot be taken to be an admission because there is no causal link in the words used by Hussain i.e. he does not say ‘I’ or ‘we’ or ‘MQM’ got them killed. ‘Fought back’ could be taken to mean fighting back in a political cause, not necessarily physically."

In a speech on April 30, 2015, Altaf Hussain asked the youth of Karachi to save their pocket money, buy arms, take commando physical training and learn how to shoot in Defence/Clifton areas of Karachi. Altaf Hussain told in his live address: "We will see whose blood will flow in the river Sindh." In the same speech, Hussain called on Indian authorities to provide help to the MQM.

While analysing this statement, Mahtab Aziz says that Hussain "has not specifically incriminated himself by the use of these words". In his defence, says the expert, Altaf Hussain would probably say that he meant that the youth ‘defend’ themselves by use of firearms. "There needs to be more evidence directly linking Altaf Hussain to any killings that may have happened after this speech."

On Sunday July 12, 2015, Altaf Hussain made a highly controversial speech referring to the law enforcement agencies in Pakistan. In the speech, he said: "The officers of the 1992 operations were murdered liked dogs, the officers doing the current operations will be murdered like pigs."

Mahtab Aziz opines that Altaf Hussain in this speech "avoided using the first person and thereby directly implicating himself". The lawyer interprets: "He has stated that murders may happen but not revealed how and by whom. Again further evidence would be necessary for Altaf Hussain to be charged. Charges won’t be possible on the basis of this speech alone."

Mahtab Aziz says that in Pakistan, and in Urdu language, these words could easily be interpreted as "tantamount to threats of violence or incitement of physical harm against members of the law enforcement agencies" but in the UK charges cannot be brought because of the "clever selection of words by Altaf Hussain as there would have to be supporting evidence".

In the same month of July 2015, Altaf Hussain threatened that there will be "war on the streets" of Karachi and that "Pakistan will be turned into Somalia". The legal expert said that these comments are of general nature and don’t fall into the incitement category.

On July 16, Altaf Hussain addressed his party faithfuls in Karachi from London and issued direct threats to Director General of the Inter-services Intelligence (ISI) Rizwan Akhtar and the Director General of Sindh Rangers, General Bilal Akbar. Altaf Hussain said: "After the death of Rizwan Akhtar and Bilal Akbar, drag their bodies out of the grave and hang them on the roads."

Mahtab Aziz says that these comments encourage violence and hatred. "This speech is most likely to get Altaf Hussain charged for a hate crime. Again, clever use of words may prevent a charge of incitement to murder but it is a possibility depending on his explanation."

Two days before his speech, on July 14, 2015, Altaf Hussain addressed a large crowd in Karachi and openly issued threats to the DG Sindh Rangers Bilal Akbar. Altaf Hussain said: "Bilal Akbar will be killed like a dog."

Mahtab Aziz analyses that Hussain’s comments with reference to General Bilal amount to threat to life to a law-enforcement personnel.

He says that Altaf Hussain avoided using the first person in these comments but "if Bilal Akbar would have been killed then there would be much more chances of Hussain being charged."

But Altaf Hussain’s speech on October 5, 2015 at his party office to the workers in London and Karachi issued the darkest warning till date. Hussain had reached his party office after getting bail extension in the money-laundering case and was on the full offensive. He blasted the Rangers for Karachi operation and said: "That day will come when we will open their skulls and play football with them on our streets. No, wait. There may not be many takers for their skulls because they are so hated."

The legal expert says, "This could be a hate crime."

A police spokesperson told TNS, "We have received a number of complaints from individuals concerned about alleged comments from an individual associated with Muttahida Qaumi Movement (MQM). We take all allegations of crime seriously, responding to the concerns raised and will take action where appropriate. We have assimilated a large quantity of information and we are in the process of evaluating that material. The MPS [Metropolitan Police Service] has not made any arrests at this time."