Politics of ideology and identity 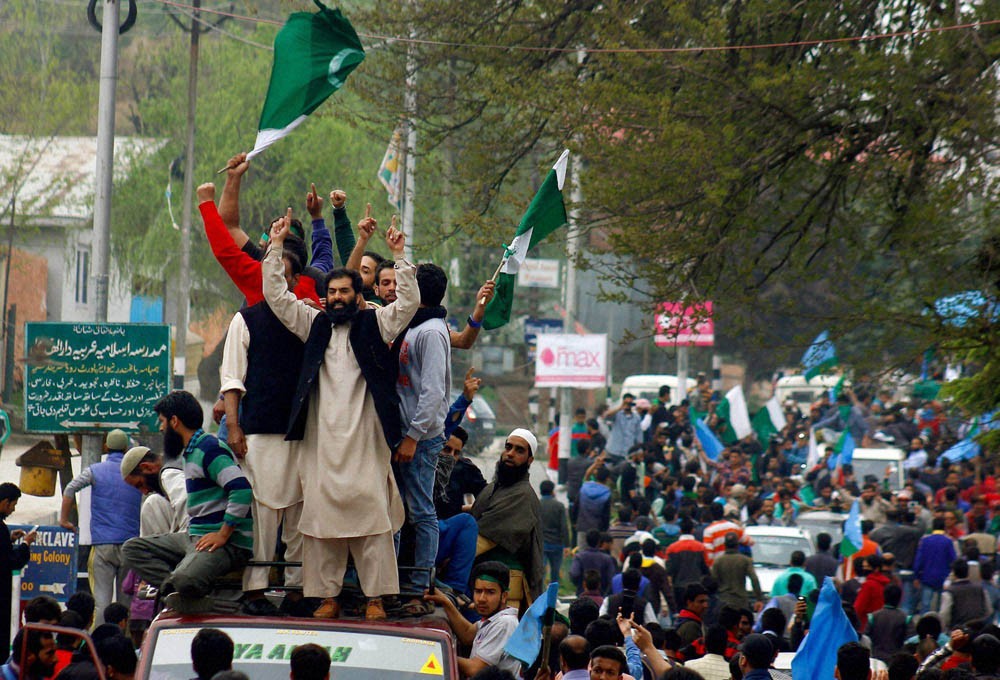 A number of renowned political scientists of our era contend that contemporary politics in the national and international arena are dominated and driven by the politics of identity than politics of ideology. Some of these scholars argue that presently we are living in a ‘post-ideological’ world.

Politics of ideology dominated the national lives across countries as well as the international sphere in the 19th and 20th centuries. The political movements based on ideologies called for sacrificing the present for the attainment of the grand goals in future. However, the fall of the Soviet Empire as a symbol of socialism in 1990 marked the end of ideological politics. This is evidently true as politics of ideology, which calls for the creation of a ‘perfect’ or wholesome society and political-economic system, has failed to achieve the objectives.

Politics of ideology is broader and more sweeping in its scope. Central features of liberalism, socialism, conservatism and other grand ideologies have relatively general objectives. In case of liberalism, the freedom of individual is the ultimate aim whereas socialism aims at a classless and stateless society and conservatism wants to have a ‘stable’ society which is beneficial for all.

Insofar as the meanings of politics of identity are concerned it is bound up with ideas of dignity, recognition, and authenticity. So the political life of contemporary ‘developed’ societies, and perhaps worldwide, is dominated by a struggle for recognition and respect rather than creation of a perfect society. In this context Pakistan is no exception.

Surveying Pakistan’s political arena reveals that politics of identity has overridden politics of ideology. It would not be a misstatement that ideology has become obsolete in Pakistani politics, claims to the contrary notwithstanding. But the exponents and proponents of various political ideologies have themselves to blame for this state of affairs.

The aim of politics of identity is that one’s culture, religion and customs (considered as authentic and thus standards to evaluate other cultures, religion and customs) are accommodated and given respect, which is their due. Contemporary Pakistani political scene on the one hand is dominated by religious groups and on the other by ethno-nationalist political parties.

Although the crisis of ideology is quite ubiquitous across the World, in countries like Pakistan, it is more acute.

The confinement of the Pakistan People’s Party (PPP), formerly a countrywide political entity, to the province of Sindh and the Pakistan Muslim League-Nawaz’s (PML-N) inability to establish a solid footprint in rest of Pakistan outside the Punjab evidently proves the demise of politics of ideology. The steady rise of the Pakistan Tehreek-e-Insaf (PTI), a party without an ideology, also corroborates the point that politics of identity has replaced politics of ideology. However, Pakistan’s case is somewhat different as even the so-called ‘national’ parties hardly ever have had a vivid ideological foundation.

For instance, the PPP, which rose as a leftist-revolutionary group in 1967, soon claimed to struggle for implementation of ‘Islamic socialism’, an ideological misnomer, in Pakistan. Today its leaders take pride in calling itself a ‘liberal’ political force while socialism and liberalism are polls apart. Identical is the case of the Awami National Party, a Marxist-Leninist group, now calling itself a ‘secular-liberal’ party. Thus ideology has never been a strong part of Pakistani political parties. Therefore, political transformation of these parties has been trouble free.

Although the crisis of ideology is quite ubiquitous across the World, in countries like Pakistan, it is more acute. Apart from the lack of commitment and conviction of the proponents of different ideologies, another reason for the crisis of ideology in Pakistan has been the borrowed Western concepts of liberalism, conservatism, socialism and others ideologies. Therefore, they are not appealing and compelling in Pakistan as the people’s cultural experiences are quite different than those socialised into Western norms and values. For them ideals of ‘Left’ and ‘Right’ are meaningless.

Therefore, for political scientists looking at Pakistan’s political parties and groups through the lense of western political ideological spectrum is fundamentally erroneous. Thus the main ideologies of the Western tradition have lost whatever mobilising capacity they had had in the country. Although the exponents of all the above-mentioned ideologies claim of the universality of their respective ideologies, these are quite questionable.

Pakistan, whether one agrees or not, has a religious personality and its people under continued state indoctrination have been more concerned about their culture and religious identity. The preservation and promotion of such identity is considered as foundational to the establishment of a pure and good society. The politics of identity has become quite destructive as can be seen in the rise and proliferation of extremism and terrorism in the name of Islam. The recent threat by a faction of the Pakistani Taliban that it would now focus on attacking liberal or mainstream educational institutions as they are the ‘nurseries’ of the Western system and the main hurdles in the establishment of an ‘Islamist’ system is a proof of how politics of identity has negatively impacted the country.

In the contemporary political world if one possible antithesis is between ideology and identity, another one is singled out by the American philosopher Richard Rorty, who makes a distinction between ‘movements’ and ‘campaigns’. This antithesis is better explained in terms of distinction between ideological politics and issue politics. Rorty’s argument is that politics of ‘movements’ orients political action to some grand overarching aim, mostly creation of a just society. In such politics particular issues are judged in terms of their contribution to the final goal of overall social transformation. The implication is that the present may be sacrificed in the light of a better future, as understood by the movement in question. The movement is precisely about such a final goal, in the light of which every present action must be evaluated.

The contrast then is between movement politics, which could equally be called ideological politics, and campaigns or what could be called issue politics. Campaigns are precisely about issues, about specific matters. This global trend of issue politics is also quite evident in contemporary Pakistani political scene. For instance, the PTI campaign against reforming the electoral system of Pakistan through its months-long ‘dharna’.

The politics of issues has one positive aspect and that is the promotion of a culture and system of good governance. A closer look at all ideologies would reveal that they have aimed for promotion of a just and egalitarian society. The concept of good governance encompasses all these objectives and, therefore, has become a catchphrase of our times.

All western ideologies have, in many ways, contributed immensely to the Western civilisation and its global dominance. However, they have not been able to contribute significantly to the development in the third world, including Pakistan. The fundamental factor, as explained earlier, in this regard has been the incompatibility of these ideologies with the culture of the third world.

For instance, liberalism which calls for individualism and freedom cannot make inroads in Pakistan because of the tribal and collectivist nature of the dominant culture. In the process, these ideologies have failed to fulfill the very desires of the people. Seeing these ideologies fail, the majority has resorted to the politics of issues and politics of identities.

Politics of ideology and identity