Laying firm foundations of the institution during 18 years of service 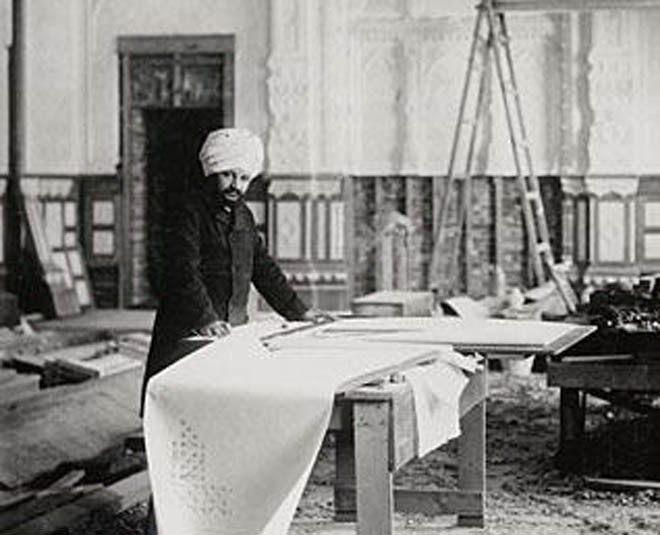 Read the first part: Kipling and art instruction -- I

The year 1885-86 is important for another reason as the Mayo Sschool of Art started getting commissioned work from the Punjab government. This included work on the decoration of Barnes Court’s official summer residence in Simla. Other commissions were for a new Municipal Hall and offices at Ferozepore, the new Mission Church at Batala and ‘three models of gargoyles’ carved in stone for the new cathedral at Allahabad in the neighbouring United Provinces and the decoration of the Punjab Chief Court. The earnings accruing from those projects contributed quite considerably to the Mayo School of Arts’ finances.

The Colonial and Indian exhibition held in London in 1886 proved a memorable occasion for the Mayo School of Art. Nine medals in all were awarded, six of which went to the teaching staff and the remainder to the students ‘in recognition of their services in connection with the Colonial and Indian Exhibition.’ The principal received a congratulatory letter from the Director of the Royal Polytechnic Academy and Museum of Berlin, which obviously brought immense satisfaction to Kipling.

Nevertheless, not all these meritorious feats could provide sufficient reason to placate Kipling’s indignation over what he saw as an irresponsible, irregular demeanour of the students completely devoid of punctuality, discipline and rigour. As he recorded:

Or regularity, nor is it easy to persuade them of the importance of these virtues

In a line of study, that more than any other, demands continuous practice.

His frustration with the inability to instill western values of discipline is very evident from yet another observation:

the care and pain spent have only half the effect that might be produced on better material. In Europe, a teacher is eagerly followed; in this Country, there is a constant sense of drag and push exerted against a stolid vis inertia.

Kipling here demonstrates the notion held by British colonial officials regarding ‘native’ indolence. The value judgments and stereotypes he adopted regarding pupil behaviour was of course one part of the wider desire to inculcate western notions of design, while paying mere lip service to indigenous influences.

Those students who were rewarded [,] with [their] prizes reflected not so much their natural talent, but their ability to utilise this to mimic western cultural and design sensitivities. The year 1889 once again brought accolades in this respect to the School when the pen drawing of Munshi Sher Muhammad won the prize at the Bombay Art Exhibition. Another student of the modelling class, John David, also won Bombay Art Society’s medal for a portrait bust in terra cotta. Architectural drawings by Bhai Ram Singh too found a place in ‘commended’ and ‘highly commended’ categories, which was no mean feat. This student was to later assist Kipling in the ultimate imperial commission of decorating the Darbar Room at Queen Victoria’s Osborne House residence on the Isle of Wight.

Sita Ram, another Mayo student, was also successful at the Bombay Art Exhibition winning an ‘Ava’ for a coloured architectural drawing. During the same year, Gurdit Singh won the Lala Karm Chand jubilee prize of Rs25 for his architectural drawing. Besides, the Marquis of Dufferin awarded the silver medal to the School.

The accolades of the Mayo School of Arts continued to accrue under Lockwood Kipling’s headship and his legacy lasted many generations after him. Kipling proceeded on furlough of 18 months until he was replaced as principal by his assistant Frederick Henry Andrews who had recently arrived from England.

However one must not be led to believe that all was hunky dory in the Mayo School and it made unimpeded progress. In fact MSA was marred with several problems and many of those problems persisted for quite a long time. One complaint that lingered on till 1890 was the inability of the students to read and write. Therefore, the instruction in the general education (reading writing and arithmetic) was provided to the students especially of second division, in addition to their ordinary work in Geometry, drawing and carving. Yet another complaint was about the rate of dropouts at a very early stage. A plausible explanation for the fathers’ decision to "withdraw their boys at too early a period" may lie in the growing employment opportunities for students with even a mere smattering of art instruction.

From January 1891 the practice of surveying was introduced which proved to be of great advantage to young men seeking employment in subordinate rungs of the Public Works and other departments. Unsurprisingly, this course was soon well subscribed. In October, new apartments were handed over to the School. They had been designed by Lockwood Kipling and Bhai Ram Singh and erected by Lala Ganga Ram, Executive Engineer. Kipling was very satisfied as the work had been done according to his wishes.

Bhai Ram Singh had returned to the Punjab after three years in England where, as noted earlier, he worked on Osborne House for Queen Victoria in December 1892. He had initially obtained only six months leave. He took up his old position at the Mayo School with the Queen-Empress’s praise ringing in his ears. She had expressed her immense pleasure and high approval of the ‘elaborate’ and ‘beautiful work’ that Bhai Ram Singh had done at Osborne. In his absence, Gurdit Singh, an advanced pupil and John Lawrence Scholarship-holder of the school, was appointed to officiate for him.

By the time of Kipling’s retirement, he had laid the firm foundations of an art institution during 18 years of service. Despite his criticisms of his pupils’ laziness, they had produced quality works of art and won numerous prizes. While his greatest protégé’s praise from Queen Victoria was unprecedented, officials in the colonial administration from governors down to district officials had lavished support and approbation on the Mayo School. Moreover, the School produced many art instructors who went to places like North West Provinces and Oudh, Allahabad, Faizabad, Lucknow, Bareilly, Meerut and Sind. Probably that was why J.C. Nesfield, Director of Public Instruction, North-West Provinces and Oudh came to Lahore to "learn the best way of introducing the teaching of drawing in the Schools of the North-West Provinces."

Kipling and Andrews in consultation with Nesfield drew up a "carefully graduated system of studies and series of standards for examinations". In addition to that, five young men were also sent from the School to act as Elementary Teachers in the North-West Provinces. Nesfield’s visit to the Punjab and his consultations reveal that the School was now acting as a model for educational development throughout northern India.  This pre-eminence was due in no small part to Kipling’s leadership as Principal.