Giving mental illness its due consideration 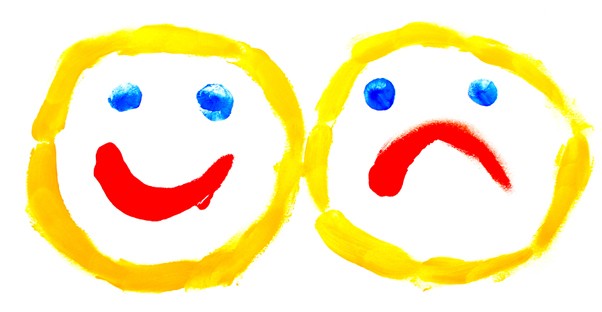 In an age where obtaining information is as simple as typing a few letters in a search bar and pressing Enter, it’s upsetting to the point of disillusionment when you realise that we’re so uneducated in matters of what should be of great importance. Mental illness is one of those things.

We may live in the 21st century. We may live in a world where automobiles can drive themselves. Yet, as far as mental illnesses go, we may very well still be in the 17th century.

The lack of knowledge here is so pervasive that being someone who’s educated in it is in fact a minority -- very small, voiceless minority.

A year ago, I decided to pull the plug on my silence regarding my own mental illness. Six months earlier, I had been diagnosed with Bipolar II disorder. It took me six months to be comfortable enough in my own skin to tell others of my illness. It took me another couple of months to stop being ashamed of what I had and who I was.

In a world where LGBT rights are being recognised and celebrated with such verve, one wouldn’t be wrong to wonder what’s becoming of mental illness. Indeed, this is something much more transcendent -- it doesn’t upset any religious groups, it doesn’t ask people to take part in marches for it. It’s almost as if it’s like the ugly stepsister of the ‘taboo’ group of things.

So when I came out as bipolar to my friends and peers, a part of me was hoping that it would bring along some awareness for mental illness with it. To sympathise, we normally need a palpable example -- of someone whom we know -- so that maybe we can get a better understanding of it. I thought I could be that person -- a champion for the mentally ill. Okay, that may be taking things a bit too far.

Yet, it’s been over a year now since I made my bold declaration and there’s been no change. People still call anyone who has mood swings ‘bipolar’ without realising there are consequences attached with giving someone such a damning label. (I use the word ‘damning’ because in most societies being diagnosed with a mental illness is worse than a death sentence.)

Cancers are better. At least they can be cured -- mental illnesses, not so much. That train of thought is exactly why mental illness is still as taboo as it was four centuries ago. If you are diagnosed with a mental illness you can’t tell anyone about it for fear of what other people might think, or worse yet, say.

Humanity is a cruel race. We reject people for their differences. We accept any deviance from the norm as something that endangers our race. It’s a very slippery slope, being mentally ill in our world. Either you seldom tell anyone about it and wallow in your own self-pity for the rest of your life, or you tell a lot of people and find yourself the subject of cruel comments and insensitive jokes.

At times, all you wonder is what if someone in these people’s families had a mental illness; would their behaviour change, then? And even if it did, would it be acceptable that you castigate someone for being the way they are and then make a 180-degree turn when it becomes convenient (or inconvenient) for you?

But, if I’m being honest, it isn’t what other people think or say that’s the worst part. It’s the dealing with it yourself.

Psychiatrists are at times worse than your biggest bully at school. Pill pushers. At times that’s all that you think they are. And trust me, the medications are the hardest thing about the condition. Oftentimes, it’s like you’re replacing one evil with another, so potent are their side effects. I’ve been taking quetiapine for the past two months. For those of you who don’t know, quetiapine is an anti-psychotic drug with very potent sedative effects. Take a dose and 30 minutes later you’re worse off than an Irish person on St Patrick’s Day. You realise that your medication controls you, and your day is to be planned around it. It isolates you further.

Medications, at times, make you feel worse about yourself; almost as if you’re accepting your death sentence.

Yes, mental illness is a very slippery slope, indeed. If it appears that I digressed at times in this article, it’s only because there’s so much that is to be said on the topic. It is a fate worse than death but exactly how much our lack of knowledge contributes to that notion is debatable. We’re at fault, for casting aside this ugly stepsister and not giving it its due diligence. Maybe it’s time we make that change. Maybe.

Giving mental illness its due consideration