Though ambitious in growth and targets, Telecom Policy 2015 fails to grant status of industry to IT sector 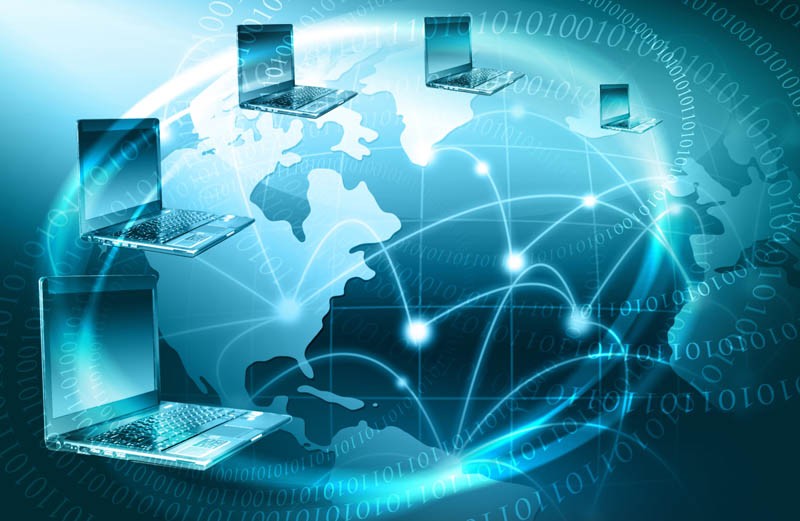 The rise of digital and online e-society, e-commerce and e-governance in Pakistan to pace with tech savvy world is a far cry as rulers are more obsessed with highways instead of I-ways.

In comparison to meagre Rs3.1 billion for I-ways (fibre optical networks) that connect people, governments and businesses with one another to realise fastest social and economic growth, the government is busy spending Rs161 billion on highways in the current fiscal year. This disproportionate trend goes even in the recently launched Telecom Policy 2015.

The new telecom policy has a sketchy role in shaping a smarter and IT-centric Pakistan through 1-ways, Information Communication Technology (ICT), telephony and digitalisation.

Despite the fact that almost 83 per cent of total population of Pakistan is still offline as per the World Bank’s World Development Report 2016 titled ‘Digital Dividends’, the new telecom policy has not set visible targets to bridge the gap. It has also denied any relief to people by not lowering taxes on online infrastructures, mobiles, airtime, data bundle, broadband, IT equipment and various telephony services.

Fuming over the new telecom policy, a Punjab University student, Sara Khalil, says that the PTCL broadband student package that had been once a hallmark of the PTA policy is completely out of sight in new telecommunication policy unveiled by Minister of State for Information Technology and Telecommunications Anusha Rehman.

"On the one hand the policy boasts of unleashing a new era of broadband proliferation and IT growth, while on the other it is silent on high taxes. If analysed, PTCL DSL bill of 2 MB unlimited which stands at around Rs2000 carries unprecedented taxes including Rs1500 for fixed broadband, Rs32 for value-added services, Rs217 for withholding tax and Rs73 for services tax," she laments.

The telecom sector has picked up a robust business since its deregulation in 2003. As per statistics available with the PTA, cellular ownership (teledensity) has crossed the figure of 67 per cent which means more than half of the population is mobile subscribers. It is a matter of grave concern that in spite of paying high taxes, the telecom sector is scrambling to win the status of an industry.

The telecom policy approved by Economic Coordination Committee (ECC) with Finance Minister Ishaq Dar in the chair dropped the proposal to give industry status to the telecom sector. An insider in the Finance Ministry says that various taxes would be sliced down if the sector is given the status of an industry.

A leading mobile company director, Omar Manzur, lauds the Telecommunications Policy 2015 believing it would help boost telephony. However, he opined in press statement that industry status was a dire need of the hour.

Consumers are forced to pay sales tax on mobile phones, SIM issuance and SIM activation ranging from Rs150 to Rs600. They are exorbitantly charged 18.4 per cent to 19.7 per cent in the name of federal excise duty and sales tax on calls and SMS. So much so 14.1 per cent advance tax is also levied on customers. If collected, the taxes constitute 39 per cent, which is the highest rate in telecom sector around the world.

Though 19 per cent sales tax on telecommunication and data services has been withdrawn by Punjab after receiving scathing criticism, Khyber-Pakhtunkhwa is collecting 19.5 per cent and Sindh is taking 18.5 per cent similar taxes.

Pakistan Online Media Association convener Nauman Tasleem took great exception to the telecom policy for overburdening telecom operators with $1.5 billion taxes annually. "Citing the report of State Bank of Pakistan, he warns that if the new policy is not revisited, telecom companies will shelve their expansion plans."

The new policy envisages e-government initiatives which aim to improve governance and transparency making government projects and services more open to public scrutiny. However, the situation is other way round. The policy does not set out a tangible plan to determine as to how remote areas will be connected online to allow 67 per cent population to reap the benefits of e-governance.

However, one of the encouraging visions in the policy is the decision of spreading the network of 500 telecentres under Universal Support Fund (USF). The Finance Ministry has earmarked Rs5 billion for this project.

IT consultant and telecommunication expert Farid Jafri says I-ways, information and communication technologies guarantee social uplift and success in all segment of development. "Cognisant of basic keystone of success, India has never imposed any customs duties or other taxes on import of computers and other IT equipment."

"Being a signatory to the International Telecom Union (ITU) Connect 2020 Resolve, the telecom policy intends to provide internet to 50 per cent people by 2020. But it is weird that the policy talks about general goals instead of presenting a blueprint to achieve the prescribed targets," he opines.

Meanwhile one should be glad to know that the policy has girded up to curb terrorism by stamping out grey-trafficking being done mostly through illegal telephone exchanges.

Anusha Rehman, during a press conference, revealed that the new policy would eradicate grey trafficking to a minimum level as it had caused a loss of $4 billion to the national exchequer. The policy aims to multiply the figure of 20.9 million 3G, 4G users in the coming years.